A simple two-line email – sent to me at the beginning of May from a mysterious account named “W2Drive” – was all it took to put Manal Al-Sharif and I on the same path. A group of Saudi women were now renewing the call that began in 1990, when a group of prominent Saudi women, mainly from academia and conservative Riyadh society, drove their cars. Their rebellious actions were in vain, for the country was on the verge of the first Gulf War, and it was easy to discredit their initiative; all it took back then was to proliferate conspiracy theories – alleging these women were pushing a foreign agenda, trying to Westernise the country and break the unity of the people.

The first campaign ended with the women involved severely punished, with a ban on work and travel that lasted for years. These women subsequently avoided any media attention for the following 20 years, putting a lid on their failed attempt.

Since then, many have eagerly awaited someone to pick up that cast-off torch and finish what was started. Manal Al-Sharif was in a prime position to do just that.

She is a successful, award-winning, US graduate of information technology, leading a career in a prestigious oil company. She is divorced with a four-year-old boy in her custody. She knows what it takes to be an independent woman in Saudi Arabia. She lives far from her parents and is committed to varying work hours, but most importantly, she can’t allow a personal driver to live in her apartment. Manal was angry and frustrated enough to upload YouTube footage of herself demanding the right to drive.

She took it to the next level when she asked a prominent Saudi feminist, Wajiha Al-Huwaider, to film her while driving around. The immediate reactions were generally positive – passers-by were either cheering her or pretending they were witnessing a familiar scene on Saudi roads. She seemed to be avoiding the past mistakes of public protests denouncing the situation; she was only asking Saudi women with international driving licenses – immediately or on the symbolic date of June 17 – to start driving their cars to their daily destinations.

The only thing that went wrong was the timing; we were witnessing mass revolutions in the region. She was also misled by positive statements from the country’s top officials and members of the royal family – including the king – to the media. The decision-makers were sending messages that the ban on women driving would not be in effect “once society is ready”. Armed with the knowledge that no legal ban on women driving exists in the country’s written laws, she was ready to signal the required societal consent. After all, according to the CEDAW convention signed earlier by the Saudi government, the right to commute was granted right there in article 15, without any reservation.

I was asked by the group to pen an open letter to the king requesting the lifting of the ban. It was then that I had the privilege of talking to Manal online, and she was exactly as I imagined her to be: a determined, positive person who takes the initiative, and believes – as stated in her public video – that “rain starts with a single drop”. We spoke at length, sharing our dreams of this new era, where citizens all over the Arab world were taking part in shaping their reality and future. We imagined, then, that we could do the same for women by means of peaceful campaigns. We were so optimistic that we even discussed a plan for driving schools for women.

Though I left her on that good note, the idealistic euphoria began to unravel only two days later – on my way to a workshop, I received a text message notifying me of her first arrest. I remember a sense of cold fear; was she headed towards the same fate as those of her predecessors? Shortly afterwards, news of her release was announced after she signed a document agreeing not to drive again. My worries circled around the custody of her son, her job, and the fate of the campaign. I did not need to guess for long.

Later that night, Manal Al-Sharif was arrested again by interior ministry workers. She was then officially charged with inciting public disorder and going against the government by collaborating with foreign media. Both charges, in the absence of a written penal code, were beyond belief.

The local press coverage of these developments was alarming, as they conveyed an apologetic image of Manal crying in despair at the women’s correctional facility, asking for forgiveness for her unlawful act, and admitting to being helped and influenced by women from abroad. This mockery could not be further from the truth. The media revealed the government’s intentions to follow and prosecute other women who helped her in the campaign, with some serious charges in mind. We watched in apprehension as the Facebook and Twitter accounts of the campaign disappeared without a trace. However, we kept an eye on the news and on activists’ accounts on the social networks and by email; all signs were negative, as they predicted her detention to last until June 17. International media and human rights groups picked up the news of the campaign from the beginning, with stories published globally after the arrest, demanding Manal’s freedom.

Back on the agenda

Despite the ugly detention, women’s rights in general and the issue of driving was back in full force on the Saudi scene. The arrest was never legally justified, it trespassed the customary action of the police in such cases to ask “the guardian” of the woman caught driving to sign a pledge. The subject of women driving was as puzzling as every woman-related issue in the tribal, patriarchal, and religious alloy of the Saudi mindset.

Women have driven in rural areas and in some compounds within cities all the time. There were no religious or legal pretexts to prevent women from driving. The opposition came from a group of religious scholars – purportedly for fear of “gender mixing” and anticipated sins – a fallacy that is obviously refuted by the fact that gender mixing is already in effect, whether women are in the back or the front seats of the cars – unless a parallel public world can be created for each sex, an idea which must occupy many scholars’ minds.

This was nothing new; religious views opposing women’s autonomy were the norms of Saudi scholars, fearing changes in the traditional gender roles. And when religious unrest contradicts official plans, the government often acts to keep the clerics in check. Examples are many, such as the beginnings of women’s education half a century ago and the opening of KAUST, the first co-educational university – which cost a known scholar his elevated position at the supreme committee of scholars.

‘It has always been illegal, we just never said so before’

Yet, with the issue of women driving, the government seemed to synchronise with the extreme religious scholars, a trend recently becoming more prominent. The deputy minister of the interior released a statement that there was indeed an official law against women driving; it simply had never been announced before. This law was apparently enacted by the ministry of interior in the 1990s in response to a fatwa, or a religious decree, by the late mufti Bin Baz – who judged the women driving as prohibited, haram.

If you think the famous quote from Alice in Wonderland: “Off with their heads” was amusing, then think again.

The reactions of these extremists were not merely attempts to defame Manal or other women calling for the right to drive – but demanded that she be lashed in public as an example to others.

In one of the strangest fallacies, women driving were considered a conspiracy either to overthrow the regime or to serve a foreign agenda. The purpose of such an agenda, however, is yet to be figured out. International media reports were never viewed as coming to the defence of freedom of expression or basic human rights – but as an uninvited involvement in Saudi affairs at a time of regional political unrest.

Amid all this, one man stood fighting a lonely battle, shuttling between the women’s correction facility and the governor’s office. Manal’s father was desperate to get some word on his daughter’s fate. He finally returned home – without much success – one week after her arrest.

There was one final resort – requesting the support of his tribe. He asked to attend the annual banquet on the anniversary of the king’s coronation, where each clan chief would renew their tribe’s allegiance. He seized the chance to write a letter to the king asking him to pardon his daughter. Within minutes, the order to release her was issued, and he was on his way to free Manal.

She welcomed freedom with gratitude and apologies to the king, and released an official media statement declaring her withdrawal from the June 17 campaign, and that she would leave the issue of driving to the discretion of the king.

However, she did not give up campaigning – this time for a neglected and little-known cause, the plight of imprisoned domestic workers. These women, arrested for a variety of crimes, were left languishing in jail because their former employers would not pay for them to be deported after their sentences were served.

Manal asked her supporters to donate towards flight tickets for these women, or to help pay debts “owed” by them. The fate of her new campaign was not much different from her bid to drive, however. Officials at the correction facility refused the receipt of any donations.

After Manal’s release, we were back to square zero – with more unanswered questions. What price is the government willing to pay to keep Saudi women from reaching the front seat of their cars? How much longer would the wishes of the few extremists continue to confine 52 per cent of the Saudi population? How can we reach decision makers with our demands, when, as women, we are not represented – or even allowed to be?

Reaching the decision makers – or not

The Shura council is usually brought into the discussion at this point of the conversation. Yet the fully appointed council – without legislative authority – refused to admit the receipt of two petitions, from prominent Saudi men and women, calling for the right of women to drive.

Furthermore, when the issue was challenged in local media, the council announced that “the driving issue is a secondary matter that is not worth its consideration”. Instead, the council has invited a group of unemployed women – for the first time in its history – to witness the exemplary performance of the council on questioning government officials.

That session was not about driving; it was about unemployment of women graduates, some of whom have remained unemployed for more than two decades. One woman, however, was happy for the moral support shown, read the local newspaper.

While the council is washing its hands of the driving issue and picking up on unrelated unresolved matters, such as unemployment among women, more drops of rain continue to fall. Supporters of women driving have been lobbying in the region – and around the globe – with various campaigns and more videos published online. Meanwhile, the religious extremists of Saudi Arabia get to take the wheel. 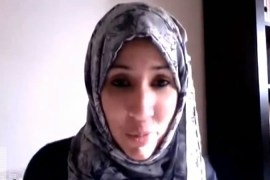 Authorities free activist who led a campaign for women to drive, which is effectively illegal in the kingdom. 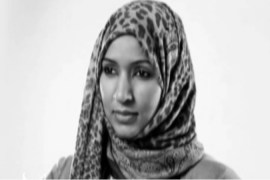 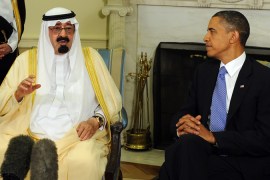