Graves come in two sizes in Kenya’s impoverished North Eastern Province: large for adults, small for children. You don’t need to be a statistician to see that rates of child mortality are high here; a simple visit to the graveyard in the desert village of Hadaja reveals as many small mounds as large, as well as an open grave (size: small), yet to be filled.

Villagers say that most of the children are dying from preventable diseases; pneumonia is a prime suspect for many of the deaths, malaria for others. “If it’s coughing, we think it’s pneumonia,” says Abdullah Duale, the village elder who offered to show me the graveyard. “If it’s fever, then it’s malaria.” There is no hospital in Hadaja, so that’s about as advanced as diagnostic medicine gets here.

But last year, something changed. Save the Children’s outreach teams, working alongside the government, arrived in the village and started a vaccination programme, and the children’s health improved. “Our children are sick much less since the vaccinations began,” says Duale. “We don’t have a hospital, or communications, so it is better to stop them becoming ill. Otherwise it is hard for us to get help in time.”

This year, a new vaccine against pneumonia was rolled out in Kenya, part of an international effort to tackle the country’s 30,000 annual child deaths from the disease. It’s still early days for the vaccine, but in a part of the world where pneumonia is common, its benefit is likely to be enormous.

The vaccine was made available through the Global Alliance for Vaccines and Immunisation (GAVI), a global body that brings together governments, international organisations and the vaccine industry to allow developing countries to buy vaccines at hugely discounted rates. GAVI has won high praise for its work in making life-saving vaccines available to the world’s poorest children, not least in Hadaja, where Duale wants to see all children vaccinated from now on.

Whether or not he will depends on the outcome of a meeting in London. GAVI needs funding to continue its ambitious work over the next five years, and on June 13th, the UK will host a pledging conference attended by international governments in an effort to find the £2.3 billion ($3.7 billion) required to continue the global vaccine roll-out.

It is an enormous moment for anyone with an interest in reducing child mortality. Vaccines save around 7000 lives a day. Those who attend the meeting will have the sort of opportunity that doesn’t come round very often; the chance to save the lives of millions of children with a single decision.

But success is by no means certain. With many rich countries facing up to tough economic realities, there is a very real chance leaders will pledge less than needed in an effort to restore their national coffers.

London feels a very long way from Hadaja. Even if the vaccine roll-out does get the funding it needs to continue, the village will need support for some time to come. The only medical services here are provided by international aid agencies supporting the government, and vaccines do not inject themselves. Health workers are urgently needed.

But funding GAVI properly would go a long way to ensuring that children born here are given a fair chance at life. It would be a scandal indeed if the open grave in Hadaja’s cemetery is filled because world leaders fail to take Monday’s historic opportunity.

World leaders have four hours to save four million children’s lives at the Global Vaccinations Summit in London on June 13. No child should die from a preventable disease. Please sign our petition now.

Andrew Wander is Save the Children’s Emergency Media Manager. 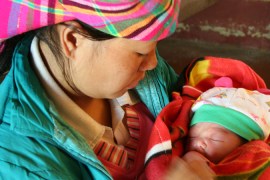 The Mountain Midwives of Vietnam

The maternal mortality rate in rural regions of northern Vietnam is 10 times higher than the national average. 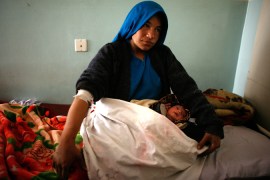 Facts of life and death

A window of information on infant and maternal mortality. 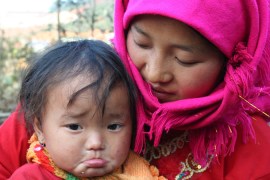 Join our discussion and tell us what the greatest concern surrounding childbirth is in your country. 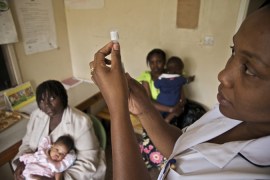 No child born to die

Save the Children’s call to mobilise global vaccinations provides hope to millions of children, but obstacles remain.

Prioritising a solution to world hunger