The presence of religion in public space challenges our ideas about the roles of faith in our lives and politics. Over the past few centuries, proponents of secularisation have claimed that, as societies modernise, the role of religion in public and private life diminishes. For them, modern rationality, science, and the ideal of representative governments as sovereign, replace religion as a source of authority, regulation and security.

But a new claim is that religion is necessary for us today – not despite modernity – but precisely because of it. Religion is required in the public space, it is argued, because only faith can amend the deficits and alleviate the pain caused by modern life. Since the 1970s, the secularisation thesis has been forced onto the defensive as a tide of religiosity – often “fundamentalist” in nature – gained renewed influence in the major traditions, including Christianity, Hinduism, Islam, and Judaism. Religion has thus returned to overtly public and political matters.

But how closely can sacred teachings inform politics and governance? The prism of the mostly Muslim Middle East shows how the public role of religion has varied over time. In the late 19th century, several religious movements emerged in the Middle East in response to Islam’s encounter with modernity and the European colonial conquest. Traditionalists, such as Wahhabis, sought to preserve their culturally specific Islamic heritage. The modernist trend, spearheaded by cosmopolitan leaders, such as Jamal eddin Afghani and Mohammad Abdou, advocated an evolving Islam that would coexist and flourish within this emerging modernity. And, some people demanded separating Islam from the state entirely.

Middle East Muslim public life has, for more than a century, been the site of rivalry between a minority wanting to entirely secularise their societies, and Islamic traditionalists or fundamentalists, who oppose many modern ideas and civil institutions. Meanwhile, the majority of ordinary people have tried in their daily lives to marry their modern aspirations for basic rights and better material lives with their religious traditions.

The 1970s brought revived and aggressive religious engagement in society and politics. Iran’s Islamic Revolution of 1979 bolstered a new global era of religious politics in the Middle East and beyond, by offering a tangible model of Islamic rule. That same year, Islamic militants seized the Grand Mosque of Mecca in a failed effort to dislodge the Saudi rulers.

The shocking assault spurred radicalisation and accelerated the rivalry between Wahhabi and Salafi trends. By the mid-1990s, the public space in the Middle East was dominated by Islamic movements, institutions and sensibilities – in mosques, the media, NGOs, the education apparatus, the judiciary – and in the streets. More concretely, religious groups in the Sudan, Saudi Arabia, Afghanistan and Iran ruled through Islamic states.

But the realisation of an Islamic state carries within it contradictory seeds of its own decline. History has shown that religious states of any faith inevitably lead to the secularisation of theology. For leaders, religious or not, they must respond to day-to-day demands of governance. Sacred injunctions are bent, revised, or cast aside to accommodate the requisites of governance or merely to justify power.

As in Iran, authorities will ignore laws, including the constitution, or ban people’s religious obligations, if this is deemed necessary to secure the “religious” state. Religion thus descends from the height of devotion and spirituality to be a pliable instrument to serve secular objectives.

Cynical secularisation of the sacred by the “Islamic” states is alienating many Muslim citizens. Secular, faithful, and even many members of the ulema [Muslim spiritual leaders] have pleaded for the separation of religion from the state, in order to restore both the sanctity of religion and the rationality of the state. Most of them are seeking a post-Islamist trajectory where faith is merged with freedom, and Islam with democracy, in which a civil democratic state can work within a pious society. Examples in the Muslim world, from Indonesia’s Prosperous Justice Party (PKS), to Morocco’s Justice and Development Party, as well as the current “Arab Spring”, are pointing toward post-Islamist polities.

Asef Bayat is a professor of sociology and Middle East studies at the University of Illinois. His latest book, Life as Politics: How Ordinary People Change the Middle East (2010), is published by Stanford University Press.

Troops patrol streets as Copts camp out in Egypt’s capital, calling for justice after 12 killed in weekend clashes. 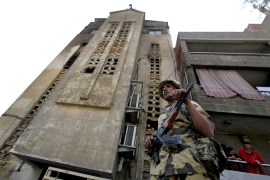 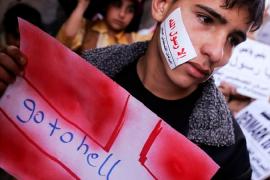 Mahmoud Ahmadinejad has been boycotting cabinet sessions since intelligence minister was reinstated by supreme leader. 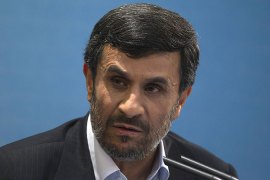 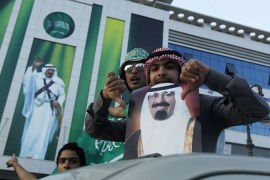