“Omar, Omar”. Silence. “Omar, Omar”. Radio cackle barely interferes with the big bang of yet another set of cluster bombs showered from a B-52 over Tora Bora, in the Spin Ghar [“white”] mountains in eastern Afghanistan. The message is stark: “Kandahar has fallen” – says commander Ali Shah, enveloped in his light-grey blanket.

The mujahidin don’t even smile under their pakools. They recharge their tanks, anti-aircraft guns and Kalashnikovs, and continue to wait for new orders from commander Ali Shah. One of them volunteers:”Osama is there, yes, because Kandahar is being conquered.” Osama bin Laden had been seen by the mujahidin only two days ago on horseback commanding his troops. Or was it a mujahidin remix of Just My Imagination fired up by hardcore hashish?

In a former Taliban prison – a cement box beside a depot crammed with grenades, rocket launchers, ammunition, the works – fourteen mujahidin under commander Shah and two journalists, The Observer’s Jason Burke and myself, pile up amid the wool blankets. “Omar, Omar”. Silence. “Omar, Omar”. The silence is pierced only by radio cackle and wood fire burning – our only source of heat and light.

A day in the life

We sleep in a cell literally filled with smoke. Everybody rises at 4am for Ramadan breakfast – stale pieces of nan – and then go to war in the trunks of Toyota pick-ups, some playing with hand grenades, oblivious to the possibility of sending us all to paradise.

The B52s resume their deadly circular ballet. Flashes of light emerge from the mountains. Only two miles away a lethal concentration of over a thousand Arabs, sprinkled with a few Chechens and Uzbeks bent on fighting to the last man is being bombed to oblivion.

The two thousand Afghan mujahidin are the commandos of Hazrat Ali, currently “chief of law and order” in Jalalabad. They are Pachis – a Pashtun sub-tribe with its own language and fierce code of war. Many of them spent years living in Peshawar during the Taliban holocaust.

On the other side, the Arab commander is the feared Abdul Kuduz – the mujahidin know it because they intercept al-Qaeda’s radio traffic. But none of them speaks Arabic – just like none of the Arabs understand the Pachi dialect. During all the time I spent on the frontline of the last, crucial battle of the 2001 Afghan War, the Arabs produced only scattered mortar fire.

Al-Qaeda’s positions are on top of the second range of three superimposed layers of mountains. This is the area known as Tora Bora – under which there is a complex network of caves, some natural, some man-made. The rock face is mercilessly subjected to massive B52 bombing. Beyond the highest layer of mountains are the tribal areas of Pakistan – reachable only after an 80km trek around the mountains.

The most absurd aspect in this surreal, asymmetrical war is the lack of coordination between the devastating B52 and F16 attacks and the ultra-slow offensive of the mujahidin. It takes them three B52 attacks just to position a Zu – a double-barreled anti-aircraft gun from Soviet pre-history.

But their knowledge of the terrain is matchless. They say the US should be bombing the base of the mountains, not the top; later I would learn that Hazrat Ali’s commanders, outsourced by the Pentagon, pocketed US Samsonites full of cash in exchange of bogus local intel.

The “invisible war” constantly evoked by then Pentagon supremo Donald Rumsfeld also showed up – in the form of two pick-ups with tinted windows, a mixed commando of US Special Forces and British SAS. They were surprised and visibly uncomfortable to bump into two journalists.

On November 17, 2001, as the Taliban regime was self-disintegrating, Osama bin Laden, his family and a convoy of twenty-five Toyota Land Cruisers left Jalalabad towards Tora Bora. In late November, surrounded by his fiercest and most loyal Yemeni mujahidin, in a cold and damp Tora Bora cave, Osama delivered a stirring speech. One of his fighters, Abu Bakar, later captured by Afghan mujahidin, said Osama was exhorting them to “hold our positions firm and be ready for martyrdom. I’ll be visiting you again, very soon”.

A few days later, what would have been November 30, Osama – along with four Yemeni mujahidin – left Tora Bora towards the village of Parachinar, in the Pakistani tribal areas. They walked undisturbed all the way – and then disappeared forever.

On December 1, as the B52 bombing raids were raging, Osama had already left the building, as a number of mujahidin told me later. The crucial point is that – while Osama was already safe in tribal Pakistan, General Tommy Franks at Centcom HQ in Tampa, Florida, was being directed by Rumsfeld to concentrate on toppling Saddam Hussein. The rest, as we all know, is (tragic) history.

In early December, I would also see Pir Baksh Bardiwal, the man responsible for intelligence operations in eastern Afghanistan, absolutely puzzled. Why didn’t the Pentagon block all the obvious exit trails from Tora Bora, when any of Hazrat Ali’s mujahidin, paid by the US, knew them by heart?

Only a few Arab al-Qaeda jihadis were captured in Tora Bora after Osama left; later they were sent to the ninth circle of Dante’s hell in Gitmo, along with dozens of Afghan bystanders. Most al-Qaeda fighters that remained in Tora Bora died in battle, as shaheed [“martyrs”], buried under the rubble caused by bunker-buster bombs. As far as the Pentagon was concerned, Pir Baksh was adamant: “Al-Qaeda escaped right out from under their feet.”

Not anymore – even though it took Washington no less than 3,519 days since 9/11 to find bin Laden “dead or alive”, as John Wayne Bush promised, only 240km east of – you guessed it – Tora Bora.

The problem is the man who was last seen alive on November 30, 2001 was reported dead, again, and again, and again. A Taliban leader said it happened in mid-December 2001, near Tora Bora (he claimed to have attended the funeral); Osama had not been able to survive a serious lung problem.

By late 2002, everyone from then Pakistani president Pervez Musharraf to Afghanistan’s Hamid Karzai, Israeli intelligence and the FBI’s Dale Watson was sure of it. Yet it took Saudi intelligence years to come up with a definitive date: August 23, 2006. Throughout the 2000s, all Osama videotapes were revealed to be crass fakes.

Beyond the fact that Obama’s chief counterterrorism adviser John Brennan insists that Pakistan was not in the loop about the target assassination; beyond the fact that Osama was sold out by the Pakistani ISI and the military; beyond the fact that “justice” means capturing and trying someone in a court of law – not a targeted killing; beyond the suspicious fact that Washington did not profit from exhibiting Osama’s body, Che Guevara-style (after all, Osama reveled in selling his myth as a sort of Sheikh Guevara); beyond the fact that al-Qaeda had already been strategically defeated by the Great 2011 Arab Revolt, and thus Osama was already irrelevant – a nagging question remains.

That body now slowly disintegrating in the waters of the Arabian Sea – is it the real shaheed who chose, as promised, not to surrender and die in a “firefight” this past Monday? Or is it a replicate?

Pepe Escobar is the roving correspondent for Asia Times (www.atimes.com). His latest book is Obama Does Globalistan (Nimble Books, 2009). He may be reached at pepeasia@yahoo.com 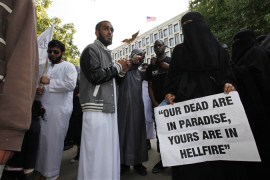 The Osama drama: Is the play over?

Bin Laden’s death may not spell the end of al-Qaeda, as actors with smaller roles look to stage further violent scenes. 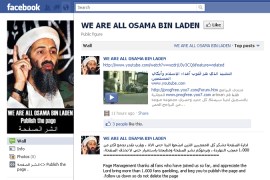 Al-Qaeda is its own worst enemy 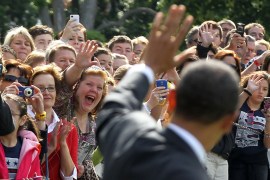 The circumstances and timing of Osama bin Laden’s death can be explained by one word: Politics. 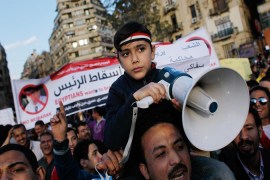