When the European Union reviews its Common Position on Burma next week it would be wise not to buy into the Burmese junta’s cosmetic reforms. For the elaborate charade recently conducted by the Burmese junta to transfer power to former general Thein Sein as the president of a new “civilian” government, has not fooled the Burmese public at large.

The entire process was, by any measure, a transparent attempt to legitimise the rule of the junta with just enough democratic window-dressing to make the country slightly more palatable to shareholders of international investment firms. While celebrating the transformation from world-class pariah tyranny to some sort of “flawed democracy,” only the deliberately naïve or shamelessly opportunistic would describe these events as progress toward real democratic freedoms.

This transition to democracy, of course, does not exist – neither slow nor gradual. However that is not the conclusion that one would reach after reading the most recent report from the International Crisis Group (ICG), entitled “Myanmar’s Post-Election Landscape,” published on March 7, 2011.

Putting aside for the moment the controversies over the sources of the ICG’s staggering $17mn annual budget (making it one of the largest NGOs in the world), and looking beyond reasonable disagreements over the morality of sanctions, the ICG report is intellectually dishonest.

In addition to calling for a wholesale apology and removal of sanctions, the report urges policymakers to lend credibility to this farcical election. “As Myanmar enters a new political phase and General Than Shwe hands over power to the next generation of leaders, there is a critical window of opportunity to encourage greater openness and reform,” the ICG report reads. “The West must robustly engage the new Myanmar government at the highest level.”

The problem with the report is not only its flawed conclusions, but also the visible assumptions behind its methodology. The authors reveal an embarrassing lack of awareness of the nature, process and record of economic development in Burma, and show no understanding of the history of political transformations of neo-totalitarian regimes across the world and even in the region. The credibility of the report is severely damaged by their inability to look beyond the state and administrative structures of the emerging military apartheid, to make any kind of comparative argument.

Innocuous and donor-friendly policy buzz words such as “governance,” “do no harm,” “donor standards on accountability,” “high level dialogue on human rights” and “capacity building of civil society” are packed into the recommendations of the report, although upon closer inspection these concepts are empty husks argued without reasoning or evidence.

The authors reveal their agenda to reach the preferred conclusion of engagement via selection bias of sources and evidence. On its assessment of the sanctions’ impact on Burmese society, its citations include a few Burmese businessmen, two local economists and a handful of virtually insignificant parties such as the National Democratic Front of the NLD-renegades and a handful of ethnicity-based parties that are docile and obedient to the military’s rules. When citing international figures, such as former French foreign minister Bernard Kouchner, the report does not mention his economic conflicts of interest, and when quoting US secretary of state Hillary Clinton, they truncate her statements to make it seem that she was dismissing sanctions, when in fact she had also dismissed the effectiveness of engagement.

The reality of the post-election landscape in Burma is quite different from the ICG’s sunny optimism, featuring a panicked surge of some 30,000 refugees into Thailand, more than 2,000 new political prisoners, and numerous violent crackdowns related to the elections. The economics of the junta have played a major role, with the generals’ massive property seizures squandering the country’s natural resource wealth of natural gas, forests and mining while public welfare is criminally neglected. Their power depends upon a feudal mafia system of enabling managers, operatives, supporters, sympathisers, proxies and legitimisers to steal, rob and misappropriate what essentially belongs to the peoples and communities in terms of land, resources and geographic locations. As such, the resumption of foreign investment is extraordinarily damaging to democratic prospects indeed.

Reconciliation and the lifting of sanctions are clearly not linked, as the report crudely suggests. From the very beginning, sanctions have been meant to serve as a strategic pillar of moral support for the opposition, and conversely weaken the regime’s revenue base on which its repressive security apparatuses rests. When some of us broke the silence on sanctions back in 2003, calling for a critical reassessment, there happened to be a circle of “pragmatists” led by General Khin Nyunt who were prepared to work with the opposition, most importantly with Daw Aung San Suu Kyi. Instead of responding to this approach, the concept of “reconciliation” turned out not to figure into the generals’ vocabulary, and those who led the efforts were dismissed as “lackeys” of Western powers by the junta’s propaganda machine.

Incremental gains by ethnic groups and the gradual inclusion of new actors have no relevance under the regime, and by emphasising and even exaggerating these imagined changes, the ICG appears unaware of the collective psyche of the Burmese ruling class, and its sense of entitlement and impunity above the rest of the society. Even back during the General Ne Win era, Western-educated technocrats were regularly co-opted to serve the regime, not change it. Further, the open disdain the generals hold toward parliamentarians and civil actors, a fundamental feature of their political culture, makes this imagined transition toward a real constitutional authority nothing more than a lurid fantasy – one that is eagerly and dangerously indulged by ICG.

I can unreservedly assure readers that there is one broadly held public opinion of the people of Burma: Universal disdain for the brutal dictatorship under which we have suffered for so many decades. For an international NGO like ICG to tell us that they should be embraced with kindness as born-again democrats is a painful insult.

Right at a moment in which the tides of history are making a visible swing toward popular sovereignty and democracy, the international community has a duty not to continue enabling and participating in our repression, no matter how convenient the circumstances.

Note from the author: Not out of an unwarranted and non-existent nostalgia for the by-gone British Raj in Burma, but rather as a symbolic popular defiance against half a century of military dictatorship and, more specifically, the arbitrary manner in which Burma’s reviled dictatorship changed the country’s name to Myanmar, every Burmese dissident, from Aung San Suu Kyi down to the opposition foot soldiers, insists on calling the country Burma – until such a time when the people – not the autocrats in power – have a chance to deliberate among themselves as to what they would like the world to call their country.

Maung Zarni is the founder of the Free Burma Coalition and currently a research fellow on Burma at the London School of Economics and Political Science. 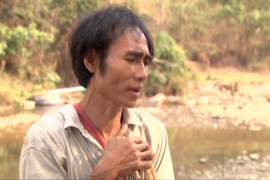 Some have spent decades in Thai camps despite foreign aid totalling $66m a year. 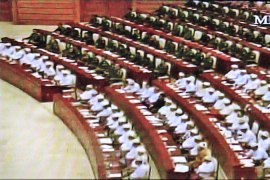 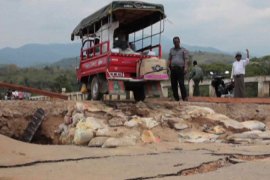 Residents search for survivors as rescue teams sift through rubble. 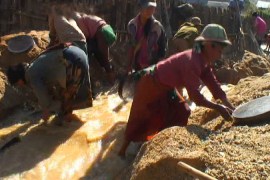 Aung San Suu Kyi and the world of Buddhist Islamophobia