Meet any Korean of a certain age, and you will learn about barley season, which begins in February and stretches through the cold months of early spring – until the first of the winter barley crop is harvested. Few South Koreans remember those straitened months anymore, but for North Koreans, hunger in the countryside during this time of year is very real.

In past years, South Korea has been the primary external source of food, through either direct food assistance – for the immediate problem – or deliveries of fertiliser. But this year, with rising impatience and anger in South Korea toward the North Korean regime, the food and fertiliser is in doubt. And some analysts in Seoul believe that a dicey political succession in Pyongyang, combined with food shortages in the countryside, could prove too much for the North Korean regime to handle.

The past 12 months have seen some of the most outrageous North Korean behaviour in decades. In March 2010, a North Korean submarine torpedoed a South Korean ship on the high seas, killing 46 sailors – and sinking any prospect of an early resumption of negotiations to implement North Korea’s 2005 commitment to eliminate all its nuclear programs. North Korean invective and provocation against the South continued, and in November, its military shelled a South Korean-held island along the northern limit line – which has served as the North-South border since the 1953 armistice.

More recently, the regime proudly unveiled a modern, high-tech uranium-enrichment facility. According to the US scientist who was invited to see it, the facility – in contrast to the regime’s aging plutonium technology, appeared to be state-of-the-art, thus reinforcing the suspicion that North Korea has no genuine interest whatsoever in fulfilling its nuclear-disarmament responsibilities. When asked why they failed to include this facility in their declaration of nuclear programs, North Korean officials responded cheerfully – and absurdly – that it had been built from scratch only after the collapse of the nuclear negotiations in 2008.

The North Koreans lied in writing not only to the United States, which it has done repeatedly in the past, but also to China, Russia, Japan, and South Korea. The Chinese have urged the US and others to restart nuclear talks, but they know that it is North Korean perfidy that has jeopardised the process.

Meanwhile, in the stark North Korean countryside, the regime has invested almost nothing. Unmanaged rivers regularly overflow their banks and inundate villages during typhoon season, much as they did a thousand years ago. Irrigation systems remain crude and inadequate to confronting the vicissitudes of rainfall on the often parched and barren Korean peninsula. This neglect has left North Koreans perpetually on the edge of survival – and often with their palms extended to the international community, especially to the South.

For South Koreans, whether to care for hungry North Koreans, who are both kith and kin, will be a much tougher decision than for others – who see only a distant security problem. Many North Koreans are already malnourished, their body weight and height substantially lower than that of South Koreans. According to non-governmental groups and other humanitarian workers, many North Korean children are showing signs of mental impairment as the lack of essential vitamins takes its toll.

South Koreans increasingly are coming to believe that North Korea will not be in the family of nations for long, that sooner or later – perhaps even in this decade – the North will collapse and its malnourished people will become future citizens of a reunified Republic of Korea. For this reason, the issues facing South Korean public opinion, as it decides whether to help with food assistance are not easy; indeed, they could be quite wrenching.

The division of the Korean Peninsula 65 years ago was one of the greatest – and now most enduring – tragedies of the Second World War. No one dreamed that a line drawn on the 38th parallel for the tactical purpose of organising the surrender of Japanese units to Soviet and US forces would become a scar across the Korean peninsula that would create two separate states. But it did, and, in the wake of the Korean War, that line would become – and remain – one of the most heavily fortified borders on earth.

The Korean people have a historical right to determine their peninsula’s future arrangements, including unification should they so choose. How this increasingly likely process unfolds will have enormous political and security consequences for the region. Will China accept a unified peninsula under a US ally? Will the US take measures to reassure China? How would a unified Korea affect attitudes in Japan?

But the real decisions – and their consequences – will fall on the government in Seoul. Would food aid help to ensure the survival of a state whose treatment of its own citizens is among the most abysmal in the world? If so, and if denying food aid would result in a famine that the North Korean regime could not withstand, what could such a decision mean for eventual relations among Korean peoples living in the northern and southern parts of a unified country?

In the coming weeks, South Korea’s government will confront one of the toughest choices that any government can face: whether the short-term cost in human lives is worth the potential long-term benefits – also in terms of human lives – that a famine-induced collapse of North Korea could bring. 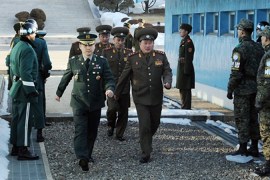 Pyongyang warns an ‘all-out action’ on South Korea for launching propaganda leaflets aimed at residents of the North. 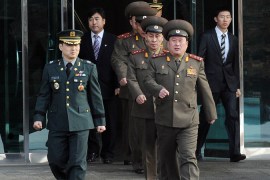 Military team from North cross back over the demarcation line without informing South of their actions. 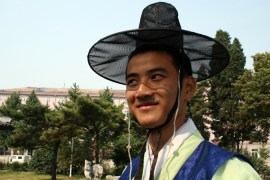 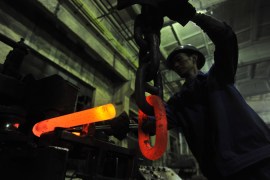