“Islamism” has been sending jitters through Western political corridors over recent years readily aided and abetted by Arab autocrats who have exaggerated and harnessed the “Islamist” threat to prolong their iron-fisted rule.

In the case of Egypt, the biggest bogeyman in this long-running battle over political supremacy with the state is the Muslim Brotherhood (the Ikhwan al-Muslimun) whose influence extends across the Arab and Islamic world.

With the Middle East and North Africa currently convulsed by popular uprisings against political repression, the Muslim Brotherhood has been thrust into the limelight, not only by those seeking a better insight into the origins and goals of the movement as they try to peer into Egypt’s future, but also by those whose entire raison d’etre consists of demonising the Ikhwan for ulterior political ends.

“I’m fed up” of ruling Egypt, complained Hosni Mubarak to an American news channel on February 4 as protests against his 30-year presidency accelerated. “But if I resign now, there will be chaos. And I’m afraid the Muslim Brotherhood will take over,” he warned.

In a couple of short sentences, Mubarak wonderfully encapsulated the fear that his regime has generated over three decades in order to maintain control. With little concern for the sentiments of his people, Mubarak played directly to the fears of his Western backers: Either support my despotism, whatever its limitations, he was saying, or face having to deal with the “Islamists”.

While leaders in the US and the EU stutter over how to respond to the new realities in the region, unfortunately for Mubarak, the people of Egypt are refusing to buy into his fear-mongering. The Muslim Brotherhood – whether Mubarak’s regime and his backers like it or not – is part and parcel of Egyptian society.

The Ikhwan is the “father” of Islamic political activism, tracing its roots back to 1928 when it emerged as a movement advocating a return to Islamic morals. Its early political activism was against British rule in Egypt when it opposed the Westernisation of the country. While its formative years were devoted to overcoming imperialism, its history has been marked by challenges to the political status quo and, thus, to fending off state repression. The Muslim Brotherhood has alternately been tolerated, outlawed, its leaders assassinated and/or executed.

Despite the suppression, its popularity has grown owing mainly to a network of medical, legal, social and charitable services that it continues to provide. Where the state has failed Egyptians, the Ikhwan has helped prop up peoples’ lives.

Such is its influence that it has spawned offshoots in Algeria, Tunisia, Sudan, Libya and Somalia in Africa, Syria, Lebanon, Jordan, Palestine and Israel in the Levant, across the Gulf States and further afield in places such as Pakistan. Misconceptions in the West about the movement do not detract from the Brotherhood’s popular following in Egypt and beyond.

One of the most seminal works to emanate from the ranks of the Ikhwan, one which led the Egyptian regime at the time to clamp down massively against the movement, was Milestones, written by a powerful Brotherhood ideologue, Sayyid Qutb, in 1964.

The publication of Qutb’s book, which called for the reinstatement of Sharia as the basis of Egyptian law and for the overthrow of what he labelled the “Jahili” (i.e. pre-Islamic) system prevalent in the country, led to his execution.

That Milestones is today considered the principal reference book for a myriad of armed Islamic groups across the world is testament to its influence. The book was used to discredit the entire Muslim Brotherhood with accusations that it advocated the violent overthrow of secular regimes. Anti-Ikhwan proponents felt little need to explain the circumstances under which Qutb penned his treatise: The fact that he was utterly disillusioned with the prevailing system after being subjected to years of solitary confinement and torture for his political beliefs made little difference to his opponents who sought to characterise his rejectionism as representative of Islamic political movements in their entirety.

Despite proclaiming to be a bottom-up “reformist” movement and eschewing violence, the charge of extremism has subsequently hung over the Brotherhood. Given the historical antipathy of the Ikhwan to the West, furthermore, Western governments have easily bought into the Egyptian regime’s claims that the movement is a threat to their way of life. The old fears of, and tricks against, the Ikhwan are once again being employed as the most organised challenger to Mubarak’s despotism joins (not leads) protesters in calling for his removal.

Although depicted as a regressive movement, the Brotherhood’s membership is anything but unenlightened. The top tier of the movement is made up of doctors, lawyers, engineers and teachers, or the crème de la crème of the Egyptian middle class. The Ikhwan’s social activism is derived from its members’ ability to live and breathe the problems that average Egyptians face.

It is essentially a grassroots movement campaigning for the betterment of Egyptian society. That the movement gained an impressive 88 seats in the 2005 parliamentary election, or 20 per cent of the total, despite widespread electoral fraud (in 2010 it lost all its seats after Mubarak’s National Democratic Party massively rigged the election once more, this time leaving nothing to chance) speaks volumes about its popularity.

Even in districts that are predominantly Christian, many voters opted to back the Ikhwan against the regime. Christian protesters are as resolute against Mubarak’s dictatorship as their Muslim counterparts and many have expressed little worry about the Muslim Brotherhood despite the fear perpetuated by the regime.

In talks with senior US officials in 2006, the newly-appointed Egyptian vice-president, Omar Suleiman, termed the Ikhwan’s parliamentary success in 2005 “unfortunate”. Private US cables released by Wikileaks (from where the previous quote was taken) reveal starkly the obstacles that the Brotherhood has faced under Mubarak.

Opponents of the movement will continue to stoke fears about its apparent “clandestine” motives. The cry of “one man, one vote, one time” will be heard loudly and relentlessly from those seeking to deny the Brotherhood a role in Egypt’s political future. This is one scare tactic, however, that the people of Egypt will not fall for. Political Islam is a force with strong roots in the country and in the wider Islamic world and will continue to remain so.

Algeria set a precedent in the early 1990s of the levels to which opponents of Islamic movements will sink to deny them a political role. A brutal civil war was the cost of voting for the Islamic Salvation Front back then. The people of Palestine are similarly being ostracised by the “international community” for voting in Hamas, an offshoot of the Ikhwan.

What will its detractors do in response? Scream, shout, curse and maybe try to prevent such an eventuality, if recent history is any guide. 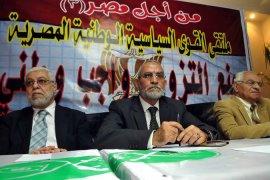 Al-Ikhwan al-Muslimun is the country’s oldest and largest Islamic organisation. 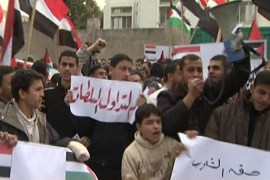 Change in regime in neighbouring Egypt could be a major boost for movement in Gaza.

Where are the Islamists?

The West must accept the results of elections if it wants to avoid marginalisation and radicalisation of opposing views. 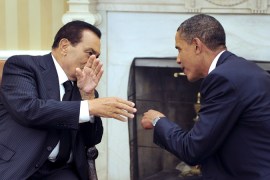 Obama and Egypt: Fear and Loathing

A fortnight is a long time in politics – and the past two weeks have left US rhetoric playing catch-up with reality.

A tale of two protests