A wall of US supported dictatorships across North Africa and the Middle East is beginning to crumble and collapse, and the US as an empire in recession is looking for ways to manage the chaos.

Few Arabs wish to continue being sacrificed for the sake of American “counter-terrorism,” in the name of US and Israeli national security, forced to protect American interests over, above and against their personal freedoms and feeding their families.

On January 20, 2009, Barack Obama said in his coronation speech: “To those who cling to power through corruption and deceit and the silencing of dissent, know that you are on the wrong side of history, but that we will extend a hand if you are willing to unclench your fist.”

But who clenched the fist of the Arab regimes against their own people? Which American defence contractors helped to build the fist, with what amount of US military aid, and with how much Israeli armour plating?

Tunisia under the 31-year rule of dictator Habib Borguiba, the predecessor of Zine El Abidine Ben Ali, received approximately $750mn annually, and advanced military support as well. Between 1987 and 2009, under Ben Ali, the US signed $349mn in sales of military hardware to Tunisia.

After 2009, with Obama in office, Tunisia was to be sold military helicopters in a $282mn sale. The Pentagon announced: “This proposed sale will contribute to the foreign policy and national security of the United States by helping to improve the security of a friendly country that has been and continues to be an important force for economic and military progress in North Africa.”

Ben Ali’s Tunisia was a “model US client”. When it was already too late to salvage its allied regime in Tunisia, Hillary Clinton, the US secretary of state, made the familiar reformist sounds, with an emphasis on order and crisis management. Once the Tunisian revolution happened, then Obama expressed his support for it.

In the case of Egypt, the extreme level of support the US showed the Hosni Mubarak regime over the decades is well known. It provided Egypt with $1.3bn a year in military aid since 1979, and an average of $815mn a year in economic assistance; in total, Egypt has received about $50bn from the US since Mubarak took power. A report from the US Congressional Research Service put the US economic assistance figure at over $2bn annually, a sure sign to Mubarak that he could put off any “reform” indefinitely as long as Washington bankrolled his power. Egyptians all knew about the clenched fist, and who paid to clench it.

When it came to Egypt’s recent uprising, Joe Biden, the US vice-president, now infamously declared that Mubarak was not a dictator, and then cast doubt on whether the protesters had any legitimate demands at all. Clinton stated that “our assessment is that the Egyptian government is stable and is looking for ways to respond to the legitimate needs and interests of the Egyptian people”.

US narratives began to shift, slowly at first but then much more quickly. What we see at work in Egypt is evidence of a Clinton doctrine: It is a relatively novel approach, one that is much more insidious and yet appropriate to a weakened and recessionary empire.

Simply put, the Clinton doctrine involves hedging US bets by keeping a foot in almost all camps, maintaining contact with different sectors in the society, emphasising “stability” when regime survival seems possible, and then emphasising “orderly transition” when change seems probable.

It is a mixture of realism and opportunism and a desire to intervene without being seen to intervene. It is a low cost foreign policy. By maintaining open and positive channels of communication (with Mubarak, the military, the April 6 Movement, Mohamed ElBaradei, and even the Muslim Brotherhood) the US made sure that no matter what resulted, it would remain in the picture as a continued player of importance.

Indeed, when Clinton insisted that the outcomes in Egypt were “a matter for Egyptians to decide” one has to wonder if in her mind she quietly added: “And by Egyptians I mean me.”

On the momentous February 11, 2011, with Mubarak finally gone, Obama declared: “The United States will continue to be a friend and partner to Egypt. We stand ready to provide whatever assistance is necessary and asked for to pursue a credible transition to a democracy.”

What kind of friend to Egyptians has the US been? How credible is its record of supporting democracy in Egypt? Does Obama believe the US will not be called to account? History is being written by those who were always on the wrong side of it.

Maximilian C. Forte is an associate professor of anthropology at Concordia University’s Department of Sociology and Anthropology. 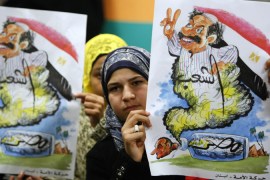 ‘The genie is out of the bottle’ 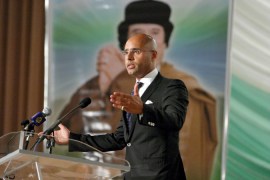 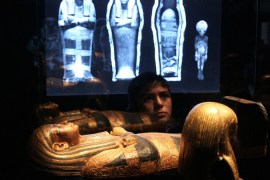 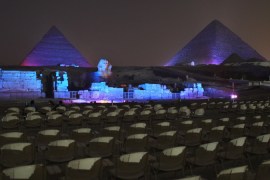 Egypt’s revolutionaries must guard against the army, and the west, adding a veneer of democracy to a military regime.