South African president Jacob Zuma’s State of the Nation Address (SONA) on February 10 was directed at a country that continues to battle high levels of unemployment and crime, a ruling alliance that continues to shows signs of serious disunity and an increasingly restless civil society.

The address was therefore an act of acrobatic balance, trying to meet the expectations of a wide range of constituencies.

The SONA leaned heavily towards the creation of jobs, with Zuma calling 2011 “the Year of Job Creation”. His trade union allies will be happy to hear that he called for the creation of “decent work” to be at the centre of South Africa’s economic activity with a range of initiatives to stimulate and encourage job creation in the public and private sectors.

Amongst these are the establishment of a Jobs Fund to create new jobs, funded to the tune of $1.2bn over the next three years, as well as tax breaks of $2.7bn for companies investing in new job creation projects in the manufacturing sector, or upgrading existing projects.

Government departments have also been called upon to fill all public sector vacancies in the next year.
Apart from the overwhelming focus on national reconciliation in Nelson Mandela’s early State of the Nations speeches, it is difficult to recall a SONA that was so heavily focused on one priority area.

Although Zuma made reference to other government priorities such as reducing crime, education, agriculture and health, even these had the job creation slant to them. The ruling party’s emphasis on job creation comes at a time when its closest allies in the trade union movement are expressing vocal criticism against government economic policy, and the abject failure to create decent and sustainable work.

The official unemployment rate of 24.5 per cent, which is almost certainly a conservative estimate, is more disconcerting when one considers that young people are highly unlikely to find jobs in the present economic circumstances.

And disgruntlement with government’s performance on the job and service delivery front has not been limited to the comradely confines of the ruling alliance; South Africa witnessed increasing community protests and labour strikes in the last year. Now that South Africans have shaken off the miracle of hosting a successful football World Cup in 2010, they are focused on delivery and jobs.

Despite all the commitments made by Zuma, it remains to be seen whether the targets are viable in the context of a fundamentally conservative economic policy, one that his main trade union allies have called “even worse than the previous Mbeki policy”. Zuma has promised significant job creation before, which has not materialised. It is difficult to imagine sluggish state machinery and a non-cooperative private sector creating the kinds of jobs being spoken about now.

The ruling party, despite all the rhetoric of a move to the left and a re-assertion of the ANC’s traditional values, remains wedded to an economic framework that has produced plenty of profits, but very little in terms of jobs for ordinary South Africans.

The dilemma for the ANC is whether South Africans will extend their patience further than they have hitherto. This question was posed to Zuma by a member of the public commenting on the president’s Facebook page, and quoted by him during his speech. Portia Mrwetyana who lives in an informal settlement with no services, across the road from a suburb with all sorts of amenities, asks, “why treat us differently, but we give you the same vote, WHY?”

Growing disenchantment with the ruling party is reflected in the number of civil society initiatives to mobilise around a wide range of socio-economic and political issues. These range from localised protests against poor service delivery and reform to demonstrations against government plans to introduce media censorship, limiting the right to access information held by the state.

In some instances these issues have a broad societal appeal, but in most the disaffected are the core of the ruling party’s constituency: poor, black South Africans.

The fact that South Africa can now be described as the most socially unequal society, with its wealth still concentrated in the hands of a few white businesses and a smattering of black faces, provides the potential for an explosion of enormous anger.

The fact that such an explosion has not occurred yet can be ascribed to the reverence with which the ruling party is regarded by most black South Africans, the lack of any credible organisation amongst the poor and the fact that things have improved for most people, even if well below the levels they expected.

The resilience of the ruling alliance is the primary means by which this anger is managed and contained. Recently, we have witnessed the trade union movement moving towards alliances with other civil society organisations, in an attempt to establish a united front against poverty and inequality. The alarmist response of the ruling party to this potential realignment is evidence that the trade unions are regarded as a significant instrument through which the anger of the poor can be directed and contained.

The extent to which this anger can be managed in the immediate future might determine how successfully Zuma navigates the tightrope he currently occupies. 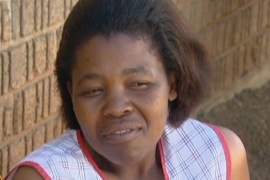 With unemployment at 40 per cent, government pledges to create five million positions by 2020. 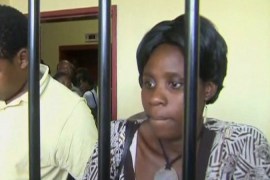 Hundreds of thousands of refugees may have to leave as amnesty is withdrawn.