London, United Kingdom – The classic 1981 horror movie The Monster Club, starring Vincent Price, Donald Pleasance and John Carradine as monsters, included a cast of cannibals, vampires, werewolves, ghouls and a hybrid creature called a “shadmock”. Among this group of misfits, the only outcast was an ordinary fat girl.

Hollywood did not invent the concept of the fat-monster. In 1770, an English miller named Thomas Wood became the world’s first weight-loss celebrity. Promoting “abstemious warfare”, Wood was known as “Monster Miller”. At 43, he suffered from obesity, along with arthritis, gout, indigestion and “raging thirst” (possibly diabetes), as well as almost suicidal depression.

But Wood transformed himself “from a monster to a person of moderate size; from the condition of an unhealthy, decrepit, old man, to perfect health, and to the vigour and activity of youth” by following the diet regimen described in Luigi Cornaro’s 1558 book The Life of Cornaro. Wood was highly regarded by his clients, visiting admirers’ homes and regaling them with stories of fat people suffering ghastly deaths.

The obese were not always considered monsters. On the contrary, until recently they were often revered. Historically, in most societies, obesity implied wealth and health – expensive epicurean habits and no tuberculosis, cholera or other wasting illnesses. Only now, when fat people outnumber the lean by two to one in many countries, has obesity become the last acceptable target of public discrimination.

Consider the Venus of Willendorf, a small statuette discovered in Austria in 1908 by archeologist Josef Szombathy. She has a huge abdomen, enormous breasts, and large buttocks, hips and thighs. At around 25,000 years old, she was considered perhaps the world’s oldest piece of figurative art, until September 2008, when archeologists discovered an even older piece – an ivory figurine from southwest Germany – estimated to be 35,000-40,000 years old. Remarkably, it, too, is a small statuette representing an obese woman: the Venus of Hohle Fels.

Much conjecture surrounds these discoveries. They are generally assumed to have been either fertility symbols or Mother Goddesses. One theory suggests that they were prehistoric equivalents of Playboy magazine’s Girl of the Month. Whatever their significance, they were evidently objects of reverence, not disdain.

But, even in the fat-friendlier past, the overweight faced the harsh verdict of medical critics. In 1839, for example, British doctor JG Milligan wrote that the obese possess “indolence and apathy… [and] laxity of fibre”. In 1924, French physician Jean Frumusan described the “torpid” obese: “pale and puffy, whose flesh is swollen as if by liquids. Their emotivity is always exaggerated, and although cloaked by an apparent indifference, their exaggerated sensitivities make their lives a perpetual tragedy”.

Nowadays, Western societies tend to blame the victim, especially when it comes to obese children. In JK Rowling’s immensely popular Harry Potter books, for example, the author freely describes Harry’s obese cousin, Dudley, as “a pig in a wig”.

But the typical four-year-old boy does not control his diet or exercise; his nutrition and activity are usually closely supervised. He cannot nip out for a burger any more than a goldfish can. His obesity partly reflects his mother’s lifestyle when he was in utero, and his family’s lifestyle after he was born. He has had obesity thrust upon him, and with it a dysfunctional metabolism, insulin resistance, chronic illness and a shortened life. He already has enough problems without society ganging up on him for being a fatso.

Yet researchers have found that children as young as six years old, even those who are overweight themselves, use words like “lazy”, “stupid”, “cheats”, “liars”, “sloppy”, “naughty”, “mean” and “ugly” to describe their obese peers. Similarly, recent studies of college students show that respondents rate obese individuals as less attractive potential partners than embezzlers, cocaine users and shoplifters.

Obese people often share society’s low opinion of them. Of one group whose members lost weight after surgery, 42 per cent claimed that they would rather go blind than regain it. Most would rather lose a leg, and all would prefer deafness, dyslexia, diabetes, severe heart disease or acne.

Even today, some doctors partake in the ubiquitous anti-obesity discrimination that feeds such sentiments. To be sure, most recognise that obesity is a multifactor chronic disease requiring medical, societal, environmental and political interventions. But that enlightened approach did not stop Hamish Meldrum, Chairman of the British Medical Association (and one of Britain’s most outspoken physicians), from recently offering this assessment of the obese: “They are just greedy.”

Meldrum’s remark reflects a widespread view of those who are overweight. But it is not the people maligned by such calumnious statements who are the monstrous ones.

David Haslam is a researcher at the UK’s National Obesity Forum. 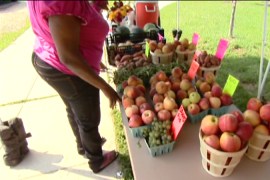 To counter problem, low-income residents have been given vouchers redeemable for healthy food items. 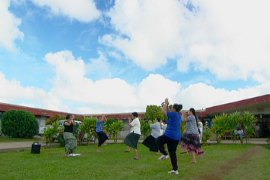 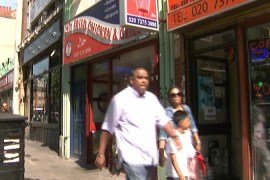 Obesity set to rise in the UK