It has been over a week since the lobby that deems itself “pro-Israel” began its recent effort to suppress the views of those of us it considers Israel-haters, self-hating Jews, or – in a most ridiculous twist given that most of us are Jews – “anti-Semites”.

The effort to silence us now stems from (1) the determination to defeat President Obama, and (2) the need to intimidate us as the lobby and its congressional acolytes cowboy up for a bombing campaign against Iran.

I am one of the least significant figures to come under attack.

The bill of particulars against me is that I use the term “Israel firster” to describe those who consistently thwart the efforts of US presidents to achieve Middle East peace. Their goals are those of the Israeli right: to maintain the occupation and prevent diplomacy with Iran.

These people (take a look at Jennifer Rubin in the Washington Post) think nothing of attacking the President of the United States in the most vicious of terms, but condemn anyone with the temerity to criticise anything done by the prime minister of Israel.

As I have explained, it is not Israel they put first, but rather the Israeli right. (They had no objection to criticism of Yitzhak Rabin, whose pursuit of peace with the Palestinians led to him being portrayed as an enemy of Israel by many, including Israel’s current prime minister.)

After a week attacking me, they have turned their guns to bigger prey: New York Times columnist Thomas Friedman. Friedman is under attack for writing a column denouncing Israel’s foreign minister, Avigdor Lieberman, who praised the recent Russian election as “absolutely fair, free and democratic”, and lamenting a host of anti-democratic actions in Israel (all of which have been roundly condemned inside the country).

The Friedman quote that absolutely drove the pro-Likud right crazy was directed at Binyamin Netanyahu:

I sure hope that Israel’s prime minister, Benjamin Netanyahu, understands that the standing ovation he got in Congress this year was not for his politics. That ovation was bought and paid for by the Israel lobby.

For this, Commentary called Friedman a practitioner of the “new anti-Semitism”, with virtually all of the usual suspects following suit.

It feels ridiculous rebutting this outlandish charge. Tom Friedman has, for virtually his entire career, been condemned by real anti-Israel types as an apologist for Israel. He’s Jewish (although the crazies now call Jews anti-Semites!); he became a journalist through his involvement with Israel; he and his family are huge donors to pro-Israel causes; and he hardly publishes a column without reference to one of his Israeli pals at Hebrew or Haifa University.

If Tom Friedman is an anti-Semite, there is no such thing; the charge has simply lost its meaning. I don’t think Tom would object if I said that not only does he not hate Israel, he loves Israel and makes no effort to hide it.

As for his quote about the lobby and Netanyahu’s standing ovation at that joint session, everyone knows that the only reason there even was a (rare) joint meeting of Congress honouring Netanyahu (for what?) was because House Speaker John Boehner (R-OH) and Majority Leader Eric Cantor (R-VA) wanted to make it harder for the president to promote an Israeli-Palestinian agreement by demonstrating that Congress supported Bibi and not Obama.

And it was because they wanted to put on a show for the lobby. No one in the Republican congressional leadership even implied otherwise.

The pro-Bibi ovation was about as sincere and free of political considerations (i.e., campaign donations) as was Newt Gingrich’s sudden announcement that Palestinians are an “invented people”.

But the silly attack on Tom Friedman wasn’t enough.

On Thursday, the right-wing Republican Emergency Committee for Israel ran ads across the country (including a full-page in the New York Times) denouncing the Obama administration for treating Israel like a “punching bag”. (Specifically, they went after the president, Secretary of State Hillary Clinton, and Secretary of Defence Leon Panetta.)

The administration’s sin, as always, is that it has (intermittently, in my opinion) tried to get Israel back to negotiations and has (very intermittently) cited Israel for human rights violations. The attacks on all three people are dumb, but the one on Hillary Clinton takes the cake. (Has there ever been an American political figure more outspokenly pro-Israel?)

As for treating Israel like a punching bag, what a joke! The pro-Israel peace camp (of which I am a member in good standing) has consistently denounced the Obama administration for never criticising Israeli policies.

For example, the administration’s demand for a measly 90-day settlement freeze was dropped when Netanyahu balked. Even ultra-right Elliott Abrams (a board member of the Emergency Committee for Israel) says that under Obama the strategic relationship between Israel and the United States has reached an all-time high. Netanyahu himself said in September that Obama has earned a “badge of honour” for his support for Israel.

So, why all the hate from the right?

The reason is simple.

It is not that the targets of its wrath are anti-Israel; that is demonstrably false.

It is that some of us (Friedman, for instance) oppose the status quo that the Bibi crowd treasures above all else. They support the unsustainable occupation and the determination to heighten tensions (and hence the likelihood of war) with Iran. To put it simply, they are coming at us because we object to those policies endorsed by the right that we believe could lead to Israel’s destruction.

I often recall a similar situation back in 1971. Israel at that time was riding high and feeling pretty invulnerable. Still in a technical state of war with Egypt, it was separated from its enemy by the Israeli-controlled Sinai Peninsula, which was four times the size of Israel itself.

Egyptian President Anwar Sadat, already contemplating a peace deal with Israel, sent word to the Israeli government that if Israel would pull back two miles from the Suez Canal (allowing Egypt to reopen it), he would commence negotiations with Israel.

The US immediately sent an envoy to Jerusalem to ask the Israelis to at least consider Sadat’s offer. What’s two miles? Israel would still have the rest and, maybe, peace with the most powerful Arab nation.

Israel said absolutely not. It was strong; Egypt was weak. The US told the Israelis that if they refused to consider Sadat’s offer, he might go to war to recover the land. The Israelis scoffed.

Two years later, on October 6, 1973, Sadat led an Egyptian attack to regain the Sinai and came very close to conquering Israel itself. After three weeks, Israel prevailed – with the invaluable aid of the US – at the cost of 3,000 soldiers. Ultimately, Israel had to give up not just two miles of the Sinai, but the whole peninsula altogether.

All this could have been avoided if Israel had simply told the US that, yes, it would consider Sadat’s offer.

Needless to say, AIPAC and the other organisations that believe one must never, ever question an Israeli leader – along with their devotees in Congress – supported Israel’s incredibly stupid and eventually tragic decision to reject Sadat’s offer. When the US administration asked for the lobby’s support in getting Israel to consider Sadat’s offer, the lobby said no. It stood with the Israeli government, right or (in that case) tragically wrong.

And thousands of Israeli kids grew up with missing fathers.

Of course, the lobby and its cutouts in Congress never apologised for backing the worst decision Israel has ever made (so far).

It occurs to me that one of the reasons I feel so strongly about the necessity of Israel pursuing peace is that I remember (although not as clearly as an Israeli) what October 6, 1973, felt like.

It was Yom Kippur. We were in synagogue. In came the amazing and utterly shocking news that Israel was under attack and that all its positions along the Suez Canal had fallen. Casualties were high. With the exception of November 22, 1963, and 9/11, I cannot remember a worse day.

The problem with the right-wingers is that, when it comes to the Middle East, they remember nothing. Lucky them. 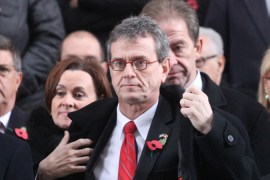 President’s opponents called for US envoy to Belgium to be fired over comments linking Israeli actions to anti-Semitism. 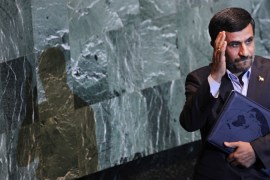 America, Israel and Iran – no way out

If Obama can’t stand up to Iran and Israel, he will set the US on a direct path to another Middle East war. 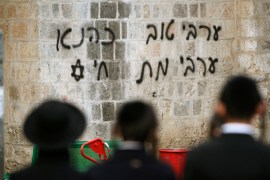 PM approves measures to crack down on violent ultra-nationalist settlers after mosque vandalism and attack on soldiers. 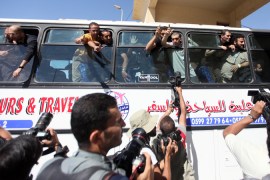 Release of second group of prisoners in Israeli-Palestinian swap deal due to take place next week.