Three weeks ago, a rumour emerged that the CFA franc – two closely-related currencies used by 14 countries in western and central Africa – would be devalued by 35 per cent on January 1, 2012.

As a result, anxiety is taking hold of the 140 million citizens of francophone Africa. The devaluation could create a liquidity crisis and cause inflation rates to soar. Although the two governors of the central banks of Western and Central Africa have dismissed the rumour, the fact that French authorities and African heads of state failed to comment fuels peoples’ fears and could result in a massive financial outflow.

The eurozone crisis and France’s struggle to maintain its credit rating deepened fears that devaluing the CFA franc could be indirectly used as an instrument to safeguard the euro.

On November 14, 2011, a not-so-minor diplomatic incident took place on the tarmac of Cotonou International Airport in Benin: One Gabonese presidential aircraft was boarded and inspected by Beninese public forces. Beninese citizen Maixent Acrombessi, who is Gabon President Ali Bongo’s Director of Cabinet, was found with a huge amount of currency.

The story was reported by Le Béninois Libéré, a Beninese newspaper. Aboubakar Tacou, who wrote the article, said that the superintendent in charge of the affair stopped the plane over suspicions of illicit currency outflows. Tacou, whose newspaper has been permanently suspended because of this story, added that Benin, which, like other countries in the region, faces liquidity issues and could be affected by this capital flight.

Illicit financial outflows has historically been a scourge for African countries, particularly those in the CFA zone. A study led by the Global Financial Institute in 2010 showed that the amount of illegal financial outflows in the zone between 1970 and 2008 reached US $48bn. Within this period, US $20bn disappeared between 2000 and 2008.

These outflows are made easier by how the currency works. The CFA franc is freely transferable, allowing capital to exit the CFA zone and enter France without any oversight. Furthermore, there are no limits to its convertibility, meaning that African countries cannot create money themselves. In fact, CFA zone countries have to deposit 50 per cent of their currency reserves into a so-called “operations account” managed by the French Treasury, in order to guarantee the convertibility of the CFA franc into euros.

France’s annual budget contains a line concerning the CFA franc called the “Account of financial cooperation – International Monetary Agreements”. The 2012 French public budget states that: “Given the high levels of reserves held by central banks of the franc zone and the very low probability of a call of guarantee of the State that results, this mission is provided with no credit for 2012, as previous years.”

This means that the account in which African countries from the CFA zone deposit part of their financial reserves is usually redundant. This is quite unique in the international monetary system: The issuing of a currency used by 140 million people in 14 different countries is endorsed each year by a foreign parliament – in this case, the French National Assembly and Senate.

By the French parliament’s own admission, the monetary system of the CFA franc zone countries is in rather good health. Therefore a devaluation, which is usually justified by the necessity to revive an economically weak state by allowing cheaper exports, does not seem necessary in the case of the 14 western and central African states concerned. (A 15th country, Comoros, has its own central bank that issues Comorian francs, which are pegged to the CFA franc.)

Speculation against the CFA

The devaluation rumour started on November 25, 2011, when a journalist writing for the Ivory Coast’s main opposition newspaper, Notre Voie, reported that he had been told such information by a European diplomat and a reliable source in Ivory Coast’s capital, Abidjan. The journalist even argued that Ivory Coast President Alassane Ouattara and Republic of Congo President Denis Sassou Nguesso were told by France to convince their African counterparts that devaluation was a good decision. Three Notre Voie reporters were subsequently held in custody and charged with “attempt to infringe the State economy” before being released on December 7.

This devaluation, if it happens, would be the second in the region. In January 1994, both the Central Bank of West African States and the Bank of Central African States banks, in accordance with the French Central Bank (Banque de France), and the International Monetary Fund, agreed to let the currency lose half of its value. Where one French franc had been worth 50 CFA francs, each French franc was now worth 100 CFA francs.

In this instance, too, the devaluation was preceded by rumours that allowed speculators and companies based in the region to deposit huge amounts of CFA francs in tax havens, patiently waiting for January 1, 1994 to come. This operation was very lucrative: One CFA stored abroad gave them two new CFA as of January 1994.

Moreover, studies have proven that convertibility played a role in the 1994 devaluation: Cecile Richard, a French economist, reported in a 1995 article that in 1992, two years before the devaluation, an average of 730m French francs were converted from CFA francs every month. Before 1984, this amount was less than 284m French francs per month.

In spite of all these similarities, it is worth noting that, this time around, economic indicators in the region are positive. The region grew at a 4.3 per cent rate in 2010. The area’s balance of payments has been positive during the last five years.

A devaluation, if real, would thus be eminently political. According to Senegalese economist Sanou Mbaye and a former African Development Bank professional, “the CFA franc does not profit African economies (…). To devalue the CFA Franc would allow France to resist the eurozone crisis”. Western and central African countries are resource-rich: The Gulf of Guinea countries are significant oil producers, and Niger is a major source of uranium. According to the National Intelligence Council of the United States, the Gulf of Guinea could provide 25 per cent of US oil needs by 2015.

This has two consequences: Because a devaluation would reduce the price of raw materials produced in CFA zone countries by 35 per cent, France would be able to buy three oil barrels for the price of two. Conversely, CFA zone countries would have to export much more in order to obtain the same amount of money as before the devaluation. Moreover, the prices of most raw materials are denominated in US dollars – the main foreign currency reserves owned by CFA franc zone states. But the French Treasury, as previously mentioned, controls 50 per cent of these reserves.

The rumour of the devaluation also reignited debate on the origins of the CFA franc, created after World War II by a 1945 decree signed by Charles de Gaulle.

According to the currency’s many detractors, its control by the French treasury, its free transferability, and its unlimited convertibility originate from a monetary policy imposed on France’s occupied territories by the Nazi regime. Professor Nicolas Agbohou goes so far as to speak of “monetary Nazism”.

During World War II, the French economy became an important part of the German war effort. One of the consequences of the 1940 “armistice” signed between the countries was to force France to pay reparations to Germany for the cost of occupation. Each year during the occupation, nearly 20 per cent of French GDP was transferred to the Third Reich.

After signing the armistice, Germany forced a devaluation of the French franc, causing the currency to lose half its worth. A German commissioner with the right to veto was appointed to the Bank of France’s board of directors.

Similarly, no decision can be taken today by central banks of the CFA franc zone without the endorsement of French representatives serving on their boards of directors.

This is a financial anachronism. Healthy countries continue to be baby-sitted monetarily by their former colonial power. Fifty years after African countries’ independence, the monetary policy of the CFA franc zone remains decided by France, depending on its own interests. Statements from the French Minister of Finance and by CFA franc zone heads of state would help markets in the region regain confidence – and stanch capital outflows.

A readjustment of principles of free transferability, unlimited convertibility of the CFA would allow to sustainably safeguard the value of this currency. Limited transferability would mean that countries could better control the flight of capital and currency into tax havens. And greater transparency of the operations account would silence critics who see in the CFA franc an instrument of political and economic domination.

Julie Owono is a Cameroonian freelance journalist and international relations consultant based in Paris. She blogs at Global Voices and is the Africa Desk Cordinator at Internet Sans Frontières, a French NGO which promotes online freedom of expression. 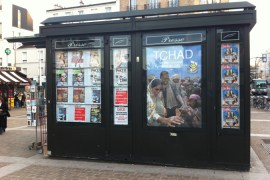 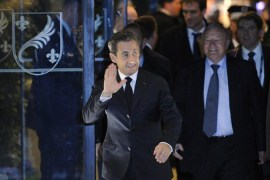 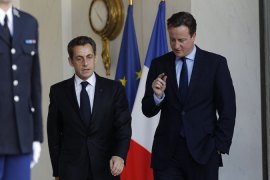