Washington, DC – International football lost a hero last weekend when Socrates, the masterful Brazilian midfielder who captained Brazil’s famed 1982 World Cup squad, died from an intestinal infection at age 57. The death of the lanky, bearded, 6-foot-4-inch field general with a philosopher’s name will be felt far beyond the sports world. Socrates – full name Socrates Brasileiro Sampaio de Souza Vieira de Oliveira – was one of those rare athletes whose outsized personality and effervescent humanity transcended the game.

Socrates’ interests, talents and achievements were staggering. He was a medical doctor, a musician, an author and news columnist, a political activist, and a TV pundit. Somewhere in all of this, he managed not only to lead what may have been the most artful team to ever grace the pitch, but also to fearlessly challenge the decades-long military dictatorship that ruled Brazil.

Alongside the 1982 Brazilian midfield of Zico, Falcao, Cerezo and Eder, Socrates brought a combination of technical prowess, deadly goal-scoring ability and blissful creativity that has never been matched. If ever the uninhibited joy of children playing merged with raw competitive dominance, it was in the squad that Socrates led to the World Cup in Spain. They embodied Eduardo Galeano’s description of Brazilian football as “… the most beautiful football in the world, made of hip feints, undulations of the torso and legs in flight, all of which came from capoeira, the warrior dance of black slaves, and from the joyful dances of big city slums… There are no right angles in Brazilian football just as there are none in the Rio Mountains”.

Socrates approached football with the intensity and lack of restraint that he brought to every aspect of his life. He drank, he smoked, and he played without shin guards. His impetuosity as a player and a person was embodied in his signature move on the field: the blind heel pass. Socrates became a professional player almost as an after-thought, not becoming a full-time professional until he signed with Corinthians at age 24. And unlike most professional athletes then and now, he refused to check his politics at the door.

Unlike the great Pele, Socrates never made financial or political peace with Brazil’s dictatorship. In fact, with his medical expertise, his flowing hair and full beard, and his resistance-politics, he shared less in common with Pele than with Che Guevara.

That’s not hyperbole. Socrates may be the only professional athlete to ever organise a socialist cell among his fellow players. He helped assemble Corinthians, a club team from Sao Paolo built on a radical political foundation. Corinthians proceeded to become a focal point for national discontent with Brazil’s military dictatorship.

The military had ruled Brazil since 1964, when it overthrew the left-wing president, João Goulart, who promised land redistribution and nationalisation of industry. By the early 1980s, as the dictatorship was beginning to strain under the weight of mass repression and economic stagnation, Socrates and his teammate Wladimir organised and played for Corinthians, known as the “Time do Povo” or “Team for the People”, to demonstrate the power of democracy. With the consent of club president Waldemar Pires, the players established a democratic process to govern all team decisions.

As Socrates explained, “Everyone at the club had the same right to vote – the person who looked after the kit and the club president, all their votes had the same weight”. The players decided what time they would eat lunch, they challenged strict rules that locked players in their hotel rooms for up to 48 hours before a match, and they printed political slogans on their uniforms.

In this way, one of South America’s most popular teams became a beacon of hope, not just to Brazilians, but across a continent largely shackled by US-backed dictators. Socrates, on his way to 297 appearances and 172 goals for Corinthians, was one of the most popular figures in the country, and thus nearly unassailable by the military rulers.

The tragedy of Socrates’ death lies both in his age, just 57, and the timing. As the World Cup and Olympics are thundering towards Brazil, his would have been a critical voice against the way these international sporting carnivals run rough-shod over local communities, all for the benefit of a nation’s elite.

When asked earlier this year by the Guardian if the coming World Cup would help the poor of Brazil, Socrates said, “There will be lots of public money disappearing into people’s pockets. Stadiums will be built and they will stay there for the rest of their lives without anyone using them. It’s all about money. What we need to do is keep up public pressure for improvements in infrastructure, transport, sewerage, but I reckon it will be difficult.”

Speaking out against the World Cup in Brazil? Now that is true political courage. But Socrates, true to form in this interview, didn’t confine his commentary to football. He said, “What needs to change here is the focus on development. We need to prioritise the human being. Sadly, in the globalised world, people don’t think about individuals as much as they think about money, the economy, et cetera.”

Let’s hope that a new generation of young Brazilians will see it fit to pick up where Socrates left off. As the World Cup and Olympics come to the new Brazil, we can expect the spirit of Socrates to echo in the streets.

Zach Zill is a freelance writer living in Washington, DC.

A version of this article was first published on The Nation. 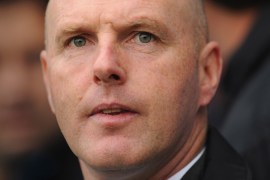 The balancing act of football management

Whether managing in India, England or Spain, football coaches often need the diplomacy of politicians to survive. 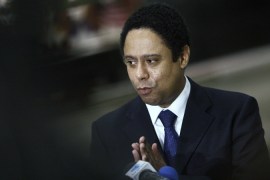 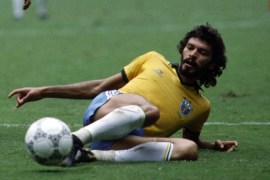 Rated as one of the greatest midfielders of all-time, Socrates has died after an intestinal infection in Sao Paulo.