Many citizens first settled in the UK as asylum seekers, refugees and economic migrants to escape corrupt policing practices in their countries of origin, where torture and human rights abuses are endemic. Victims of police torture arrived in the UK from numerous ethnic and religious communities around the globe. In my new book I highlight research interviews with Muslim victims of torture, including several who have been tortured by police employed by dictators toppled in the Arab Spring.

The Arab Spring provides a great opportunity to bring an end to policing by torture once and for all.

The outstanding film The Lives of Others reminds us how the fall of the Berlin Wall exposed and curtailed the routine use of torture and coercion by the Stasi. However, another superb film, The Battle of Algiers, made in 1966, still serves to highlight a French colonial model of repressive policing including the systematic use of torture that is still used in Algeria today – a brutal police state that appears immune to the Arab Spring all around it. Suffice to say police officers in neighbouring Libya, Tunisia and Egypt will need re-training into the arts of British policing by consent if they are to develop new “soft” policing skills to replace the skills of torture and intimidation.

Similarly, many Muslim interviewees in Tower Hamlets in the East End of London have family and friends in Bangladesh who face an ongoing threat of routine torture and human rights abuses. The threat of illegal state violence faced by workers and politically active citizens in Bangladesh was highlighted at a local meeting in Whitechapel at which I am speaking about the opportunity for the UK to export a British policing model based on community support and partnership.

Whether in Bangladesh, Egypt, Tunisia, Algeria, Libya or in many other countries around the globe, so much police torture has been encouraged and facilitated by the War on Terror. Having played a key role in exporting repressive colonial-style models of policing for centuries, the UK government now has a golden opportunity to promote and export a model of policing by consent to replace it. As I explain in Countering al-Qaeda in London: Police and Muslims in Partnership, this partnership policing approach is the most effective way to tackle terrorism and violent extremism in any event.

This model of policing by consent was first used in the East End of London to protect minority communities escaping repressive policing in Russia and across Europe more than a hundred years ago, when my grandfather was a London bobby on the beat.

London has been an established safe haven for political asylum seekers ever since. During my grandfather’s police service, effective policing served Jewish and Irish immigrants well and avoided conflating them with a handful of terrorists who sought their support.

Today, no British police officer can afford to be complacent after a number of British citizens have been tortured by foreign police colleagues in the name of a global War on Terror. Such departures from the rule of law and civilised conduct seemed inconceivable before the War on Terror.

Having suffered torture and oppression in their countries of origin simply for being politically active, a number of Muslim Londoners are now in a safe haven. They provide powerful testimony of the inherent dangers of a global War on Terror that granted legitimacy to the some of the world’s most practised torturers – including those who had tortured individuals now exiled in London and working against al-Qaeda.

In addition, a sense of freedom from intrusive security attention is most pronounced for Londoners who have experienced torture at the hands of security services and police in countries such as Bangladesh, Libya, Egypt, Algeria and Tunisia. This escape from torture has helped establish London as an important centre of refuge for exiled political activists of all kinds.

I became conscious of the important role of London as a safe haven from repression and violence abroad as part of my routine police work, and became used to providing support for political refugees who faced ongoing threats of state-sponsored political violence. This was the experience that made me concerned once the War on Terror necessitated the government forging close ties with the security services of the very same despotic regimes many of my community partners had escaped from.

For example, a middle-aged North African – who still suffers acute pain and disability from the torture that police in his home country inflicted on him when he was a young and ardent political activist – found London a safe haven in both the physical and psychological sense. His only crime as a young adult was to believe that a Muslim country in North Africa should be ruled according to Islam. For expressing such a reasonable view within the imperfect sanctity of a university, he was forced to endure the removal of flesh and the rupture of vertebrae by security officials highly practiced in the clinical art of maximising particular pain and injury.

Another North African exile recalls how his torturer would break off from his work to pray and eat before returning to the clinical task in hand. Yet another evokes the same sense of torture as a routine business when recalling how the police officer who had inflicted significant pain and injury on him subsequently joked with him that it was not personal, that he (the torturer) would happily carry out the same activity on his behalf (the victim) if the victim ever came to power. This attitude is evidence that systematic torture has simply become a habitual practice, not always pretending to have the purpose of eliciting guarded information but merely the necessary response of a dictatorship to any nascent challenge to its authority.

After years of exporting arms and the tools of torture to corrupt regimes in North Africa and around the globe, the UK now has a golden opportunity to export a model of traditional British policing that will especially benefit the citizens of countries slowly emerging from dictatorships, and at the same time help repair the UK’s tarnished image abroad. By doing so, British policing can reclaim its position as the fairest and best in the world.

Robert Lambert is the author of Countering al-Qaeda in London: Police and Muslims in Partnership. Prior to retiring from the Metropolitan Police in 2007, he was co-founder and head of the Muslim Contact Unit.

The opinions expressed in this article are the author’s own and do not necessarily reflect Al Jazeera’s editorial policy. 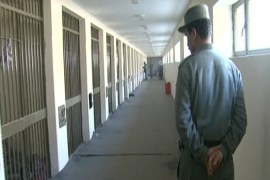 UN report on prisoner abuse in Afghan jails rejected by officials in Kabul. 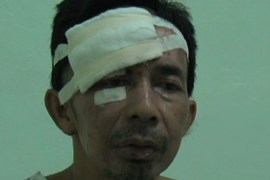 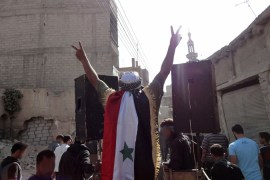 Rights group Amnesty International says it has documented the cases of 88 people who have died in custody since March.