Though there are pitfalls, Tunisia’s October 23 election is poised to succeed. Voters will choose representatives for a constituent assembly tasked with re-writing the constitution, and the new body will enjoy a level of legitimacy not seen in generations. Although Tunisians and the world are fixated on the moderate Islamist party, al-Nahda, and how high it will rise, the success or failure of the transition to democracy depends less on who wins the election and more on the path taken by the constituent assembly after it is created.

Tunisia is discovering deep divisions within its society, divisions that were unseen or suppressed under the crushing weight of the Ben Ali regime. When the former president fled a wave of popular protests on January 14, his absence allowed competing values to surface. Conservative religious identities have reasserted themselves, alarming a secular, coastal elite. Besides the religious question, the interior regions of Tunisia – long neglected – demand greater investment and a larger voice. Politicians are distant from citizens: A recent Al Maghreb poll found less public confidence in political parties than in the army, the police, the media, and even the justice system.

Yet across all actors, there is an overwhelming unity around the upcoming elections. Scruffy protesters camped out in the capital’s Human Rights Park last July demanding that the date of the October 23 election be respected. Major political leaders, including al-Nahda and their largest secular-leaning rival, the Progressive Democratic Party (PDP), have sounded the same refrain: The election must be a success and must be held as planned without further delay. Media and social media agree. The interim government, led by Prime Minister Beji Caid Essebsi, balked at the original election date of July 24, but after rescheduling, they are as adamant as anyone regarding October 23. The National Army, easy to forget but vital nonetheless, says little in public except that it will support and defend the October 23 election.

Statements must be proven in action rather than with words, but the power of such rhetorical unity should not be underestimated. Since January 14, Tunisia has been a country in constant negotiation between shaky government authority and a simmering street. With public rhetoric committed to the election, the fastest path to power for any political hopeful, scrupulous or not, is through the voting booth.

The electoral system chosen for the constituent assembly helps guarantee that no major faction will want to challenge the results. Under the proportional list voting system, parties register lists of candidates in each electoral district, equal in number to the seats allocated to the district. Seats are allocated based on the percentage of the district vote each candidate list receives. These seats are first assigned to the head candidate on the list, proceeding to the second- and third-listed names, as far down as the case requires. The result is broad representation shared between many parties, not just regionally but within districts. The leaders of the most popular parties should win their seats easily because they are first on their candidate lists, and once these major players have their hands in the pot, it is in their interest to uphold the constituent assembly’s legitimacy.

However, there are wild cards that could disrupt the process. Tunisians cast dark predictions that former Ben Ali regime members will provoke protests or incite violence around polling stations on the day of the election. A “failed” election would presumably be an opportunity for old power structures to reassert themselves in the name of security. Even if this interference is nothing but paranoid speculation, protests escalate easily in Tunisia. Security forces will have to walk a narrow line on October 23; they must stop disturbances quickly but avoid provoking the public with heavy-handed tactics. If enough citizens find themselves scared away from the voting booth by street violence, the credibility of the election results will suffer.

Another wild card is the performance of the Independent High Authority for the Elections, known by its French acronym, ISIE. Created to organise elections after the revolution, ISIE has made a complete break with any old-regime electoral machinery. Starting from scratch, they have so far demonstrated integrity but also inexperience. Their voter registration drive was a learn-by-doing affair, with extended deadlines and changing strategies. On October 23, there will be no time to learn from errors. If they make enough mistakes at polling stations – not enough ballots, incompetent staff, improper identification procedures – they could provoke protests or rumours about vote fixing.

Altogether, there are plenty of reasons to anticipate problems with the election. Yet there is no reason to predict a meltdown. The October 23 election is on track to be imperfect, but successful. Then the real high-stakes game begins.

Hoping to prevent an unchecked power grab by the constituent assembly, a political movement grew in the first week of September to hold a referendum on specific limits to the constituent assembly’s mandate. The referendum would be held on the same day as the election. A coalition of 50 political parties, including the Progressive Democratic Party, quickly announced their support for the idea.

Al-Nahda denounced the referendum as a last-ditch effort by former Ben Ali party members to “contain the goals of the revolution”. As the party poised to claim the largest share of seats, al-Nahda stands to gain the most from an unrestricted constituent assembly, and many saw the proposed referendum as a strategic manoeuver specifically against al-Nahda.

Amid overwhelming public confusion about the stew of referendum and mandate proposals, it appeared that political competition could spill out of the ballot box, out of the hall of the constituent assembly, and into disputes over the democratic framework itself. This sort of extracurricular activity is worrying because it gives parties an opportunity to pursue power through unofficial means, in back rooms and without any accountability to voters.

The High Authority for the Achievement of the Revolutionary Objectives demonstrates the danger to some extent. Appointed rather than elected, the organisation included a large bloc of secular elites and only a handful of al-Nahda members. Feeling marginalised and shut out from important decisions, al-Nahda’s only recourse was to boycott the High Authority. A lesser party would have been ignored, but al-Nahda’s walkout was a clear crisis of legitimacy for the High Authority.

The referendum question was apparently resolved on September 15, when 11 major political parties, including the PDP and al-Nahda, signed a document creating a roadmap for the transition. The agreement limits the mandate of the constituent assembly to one year, so the new constitution must be written and new elections must be held under the new constitution by October 2012. Consistent with Mebazaa’s original plan, the constituent assembly will replace the current interim government with a new, transitional government.

The agreement provides a valuable platform to support open political discussion. There will be plenty of debate within the constituent assembly over the articles of the new constitution and the formation of the transitional government. The question of Islam in politics demands long, intense arguments. This sort of political competition is healthy.

The agreement signed on September 15, dubbed the “Declaration of Transitional Process”, is valuable not for its particular rules, but simply because it establishes rules to play by. Limit the constituent assembly to six months or a year, grant it legislative powers or not, but it is crucial that when Tunisia’s parties reach an impasse over the months ahead, they know that the political consequences of abandoning or subverting the process will be worse than the consequences of compromise.

The exact percentage al-Nahda wins at the polls will soon dominate headlines, as will the constituent assembly’s choice for transitional president. But in the next few weeks, the establishment of a political culture that adheres to democratic rules of procedure may prove more important than either one.

As unemployment continues, strikes and protests will leave Tunisians impatient with the slow process of state-building. Next to concerns about jobs and bread, it is difficult to rally a nation around democratic process. But Tunisians fear regression, and this fear makes them vigilant. After the October 23 election, if they persuade their representatives that following procedure will be rewarded, then Tunisian politics may emerge from behind the curtain of dictatorship as a functional democracy.

Allan Bradley is Editor-in-Chief of Tunisia Live. He currently works as a freelance journalist, in addition to his work with Tunisia Live. 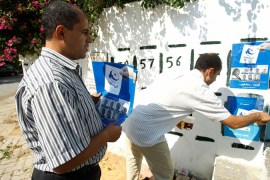 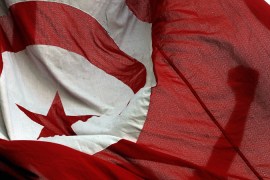 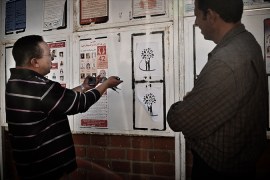 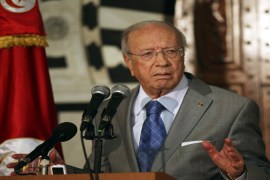 Many Tunisians are disillusioned by the lack of real change on the ground since Zine al-Abidine Ben Ali was ousted.