On a rare foray outside his native Texas, Governor Rick Perry accused US President Barack Obama of “appeasement” towards the Palestinians.

Former New York City Mayor Edward Koch supported a Catholic Republican congressional candidate against a Jewish Democrat in New York, because the Republican supports Israel through thick and thin – and because Obama had voiced reservations about Israel’s expansion of settlements on the West Bank. In Koch’s words, Obama “threw Israel under the bus”. The Republican won.

Meanwhile, Israeli Prime Minister Binyamin Netanyahu, who is rather sensitive about foreigners meddling in domestic Israeli politics, has been openly and consistently courting congressional Republicans by attacking Obama. And Obama’s response? A speech at the United Nations, reiterating his support for Israel, his understanding of Israel’s fears and vulnerability, with barely a mention of Palestinian fears and vulnerability.

What is it about Israel that reduces America’s president to Jell-O? Why, for that matter, are all American politicians so afraid to be critical of Israeli policies? Is it fear of being called an anti-Semite? Or is it the “Jewish vote”?

On the face of it, Democrats don’t have that much to fear. Polls suggest that a majority of Jewish Americans (a mere 1.7 per cent of the US population) still vote for the Democratic Party.

When it comes to the so-called Israel lobby in Washington, which is well organised and very well funded, evangelical Christians play an important part as well. But they vote overwhelmingly for Republicans, so Obama would not seem to have much to lose there.

True, certain pro-Israeli organisations, notably the American Israel Public Affairs Committee (AIPAC), can generate a great deal of money to make or break political candidates, who are judged solely on their attitudes towards Israel. And money, given or withdrawn, as well as Jews refusing to vote for Obama out of pique, could make all the difference in crucial “swing states” such as Florida.

Cash, voters, and lobbies aside, something fundamental has changed in recent years, and this scares the Democrats: Israel’s conflict with Palestine is now being used by the American right as a cudgel to beat up liberals.

This was not true before. In the first few decades of its modern existence, when it was largely run by socialists, Israel was mainly supported by the world’s liberal left. In fact, the last US administration to be somewhat tough on the Israeli government was that of the Republican George HW Bush.

Jews, in both Europe and the US, traditionally tended to lean towards the left. Right-wing politics, especially when based on ethnic nationalism, are rarely good for minorities, who fare better in a more open, cosmopolitan environment. Jews were among the most ardent supporters of black Americans’ struggle for civil rights in the 1950s and 1960s.

As long as Israel was a liberal state, it was easy, even natural, for most American Jews to support it. There was no conflict between the head and the heart, between an emotional attachment to Israel and a political commitment to liberal causes.

But things began to change when the Israeli Labor Party lost ground to the harder-line Likud. More and more, Israel began to be infected by precisely the type of politics most Jews have traditionally feared, especially ethnic nationalism.

Provoked, in part, by Arab neighbours’ hostility and Palestinian leaders’ intransigence, Israel began to turn sharply to the right. This was also the result of demographic changes: Middle Eastern Jews were more viscerally anti-Arab than their European brethren, and Jewish immigrants from Russia were viscerally anti-left. Moreover, the number of Orthodox Jews continued to grow apace.

As a result, the European liberal left lost its sympathy for Israel, and the country acquired a new set of friends among the right – even the far right.

European right-wing populists, including some who represent parties with a strong anti-Semitic past, now proudly proclaim their support for Israeli settlers on Palestinian land. And, in the US, a peculiar alliance of Jewish hardliners and evangelical Christians, who believe that all Jews must eventually return to the Holy Land and convert to Christianity, has become the main base of support for Israel.

This has created a very odd situation. Right-wing politicians from the American South, together with Austrian, German, French, and Dutch populists, are accusing liberals of appeasing “Islamofascism”. These political heirs of deeply racist traditions are the new champions of a Jewish state, whose policies now owe more to nineteenth-century ethnic chauvinism than to Zionism’s socialist roots.

Pandering to Israel’s uncompromising policies may be the easiest way for America’s Democratic president to avoid trouble in an election year. Obama certainly needs all the friends he can get. But the price will be high. Forced to back Israel, right or wrong, the US is quickly losing credibility and influence in a turbulent Middle East.

Putting pressure on Israel to stop building settlements and come to terms with a viable Palestinian state will be very difficult. But it is the only way to break the constant cycle of violence. Standing up to Israel, and its new fanatical friends, is not anti-Jewish. On the contrary, it is to uphold the liberal tradition in which many Jews continue to believe.

Ian Buruma is Professor of Democracy and Human Rights at Bard College, and the author of Taming the Gods: Religion and Democracy on Three Continents.

A new idea of truth

The US in a ‘dangerous state of funk’

Is the European dream over? 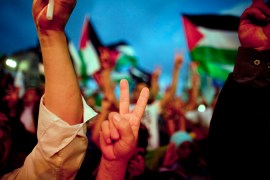 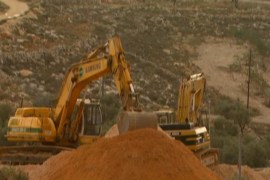