The United States is going through difficult times. Its post-2008 recovery has slowed, and some observers fear that Europe’s financial problems could tip the American and world economy into a second recession.

American politics, moreover, remains gridlocked over budgetary issues, and compromise will be even more difficult on the eve of the 2012 election, when Republicans hope that economic problems will help them unseat President Barack Obama. In these circumstances, many are predicting America’s decline, especially relative to China.

And it’s not just pundits who think so. A recent Pew poll found that in 15 of 22 countries surveyed, most people believe that China either will replace or has replaced America as “the world’s leading superpower”. In Britain, those putting China on top rose to 47 per cent, from 34 per cent in 2009. Similar trends are evident in Germany, Spain, and France.

Indeed, the poll found more pessimistic views of the US among our oldest and closest allies than in Latin America, Japan, Turkey, and Eastern Europe. But even Americans are divided equally about whether China will replace the US as a global superpower.

Such sentiments reflect the slow growth and fiscal problems that followed the 2008 financial crisis, but they are not historically unprecedented. Americans have a long history of incorrectly estimating their power. In the 1950s and 1960s, after Sputnik, many thought that the Soviets might get the better of America; in the 1980s, it was the Japanese. Now it is the Chinese. But, with America’s debt on a path to equalling its national income in a decade, and a fumbling political system that cannot seem to address the country’s fundamental challenges, are the “declinists” finally right?

Much will depend on the uncertainties – often underestimated – brought about by future political change in China. Economic growth will bring China closer to the US in power resources, but that doesn’t necessarily mean that China will surpass the US as the most powerful country.

What does GDP really mean?

China’s GDP will almost certainly surpass that of the US within a decade, owing to the size of its population and its impressive economic-growth rate. But, measured by per capita income, China will not equal the US for decades, if then.

Moreover, even if China suffers no major domestic political setback, many current projections are based simply on GDP growth. They ignore US military and soft-power advantages, as well as China’s geopolitical disadvantages. As Japan, India, and others try to balance Chinese power, they welcome an American presence. It is as if Mexico and Canada sought a Chinese alliance to balance the US in North America.

As for absolute decline, the US has very real problems, but the American economy remains highly productive. America remains first in total R&D expenditure, first in university rankings, first in Nobel prizes, and first on indices of entrepreneurship. According to the World Economic Forum, which released its annual report on economic competitiveness last month, the US is the fifth most competitive economy in the world (behind the small economies of Switzerland, Sweden, Finland, and Singapore). China ranks only 26th.

Moreover, the US remains at the forefront of such cutting-edge technologies as biotech and nanotechnology. This is hardly a picture of absolute economic decline.

Some observers worry that American society will become sclerotic, like Britain at the peak of its power a century ago. But American culture is far more entrepreneurial and decentralised than was that of Britain, where industrialists’ sons sought aristocratic titles and honours in London. And despite recurrent bouts of concern throughout its history, America reaps huge benefits from immigration.

In 2005, foreign-born immigrants had participated in 25 per cent of technology start-ups in the previous decade. As Singapore’s Lee Kuan Yew once told me, China can draw on a talent pool of 1.3 billion people, but the US can draw on the world’s seven billion, and can recombine them in a diverse culture that enhances creativity in a way that ethnic Han nationalism cannot.

Many commentators worry about America’s inefficient political system. True, America’s founding fathers created a system of checks and balances designed to preserve liberty at the price of efficiency. Moreover, the US is now experiencing a period of intense partisan polarisation. But nasty politics is nothing new to the US: Its founding era was hardly an idyll of dispassionate deliberation. American government and politics have always experienced such episodes, and, though overshadowed by current melodramas, they were sometimes worse than today’s.

The US faces serious problems: Public debt, weak secondary education, and political gridlock, to name just a few. But one should remember that these problems are only part of the picture – and, in principle, they can be solved over the long term.

It is important to distinguish such problems from those that cannot, in principle, be solved. Of course, whether America can implement the available solutions is uncertain; several commissions have proposed feasible plans to change America’s debt trajectory by raising taxes and cutting expenditures, but feasibility is no guarantee that they will be adopted. Still, Lee Kuan Yew is probably right to say that China “will give the US a run for its money”, but not surpass it in overall power in the first half of this century.

If so, the gloomy predictions of absolute American decline will turn out to be as misleading as similar predictions in decades past. And, in relative terms, while the “rise of the rest” means that America will be less dominant than it once was, this does not mean that China will necessarily replace the US as the world’s leading power.

Joseph Nye, a former US assistant secretary of defence, is a professor at Harvard and author of The Future of Power. 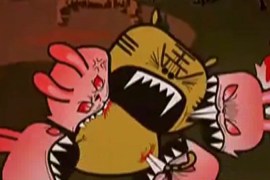 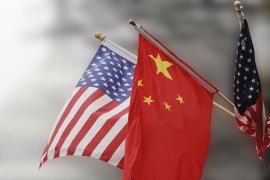