Please do not veto hope.

You are the one who told us of its audacity.

You told us in the General Assembly that this was “a remarkable year” when the world changed – in Cairo and Tunis and Damascus. “The way things have been is not the way they will be,” you affirmed.  But, apparently this does not apply in Jerusalem. You are still willing to vote against the Arab Spring when it becomes politically inconvenient.

I understand your dilemma, of course. Before I had tenure as a law professor, I had to think about the impact anything I said about the Palestinian-Israeli conflict could have on my job security too. A well-intentioned senior colleague told me in no uncertain terms during my first year, “Don’t say anything about Israel.” That is rather difficult when you teach international law.

I know that you are regularly attacked from the right on the Middle East by many, including Christian evangelicals who do not really care about the future of Israel or Palestine, just about the Israel of their own biblical imaginations, whose people will supposedly not even be saved when Armageddon comes.

I know you think that to win in the next election you cannot appear tough on Israel because even when you are soft on Israel they say you are tough on Israel. But, Mr President, as important as your re-election is to the world, as vital as it is that you defeat the host of Republican zombies currently parading from debate to debate and that they not be allowed anywhere near global affairs, there is more at stake here than your job security.

If you veto a Palestinian state, an entire generation across the Arab World may give up on the United Nations. They will no longer believe that peaceful change is possible in that venue, at least where the most powerful are concerned. That is what the Palestinians are trying to do here. Change the world without firing a shot.

Marshall what you called “the moral force of non-violence”. Use the major global forum for the preservation of peace and security to achieve … peace and security. You keep telling them not to go to the UN. Where do you want them to go, Mr President? There are many worse alternatives. The whole point of the UN is for peoples to have a forum in which to resolve peacefully what the Charter calls “international disputes … which might lead to a breach of the peace”.

For the last year I have been working on a book about opponents of fundamentalism and terrorism in Muslim majority contexts. In many of the places I have gone, from Algeria to Pakistan, many of these redoubtable people on the front lines of the struggle against extremism have told me that the perceived justice of Western powers toward Muslim majority populations in places like Palestine is critical to undermining the fundamentalists, who otherwise grab those injustices as a tool for their own disastrous ideological uses.

If you veto hope, Mr President, you are also vetoing the liberal, moderate, progressive anti-fundamentalists of Muslim majority societies. You are effectively casting the vote of the United States for fundamentalism, for change through violence, for the idea that Muslims are only victims of a hypocritical West and cannot ever get a fair deal. This can only benefit the camp of people like the now late Anwar al-Awlaki.

Prime Minister Netanyahu is not the only one who opposes this Palestinian Authority bid for statehood. So do Hamas and the Ayatollah Khamenei. If you veto, you will be proving them right.

The Israeli journalist Anat Saragusti whom I interviewed for my book last winter told me she feels the window of opportunity for a peaceful solution is closing. She said to me flat out, “the US should not oppose the recognition of the Palestinian state. It is better for the interests of Israel as well.” If you veto hope, you will be acting not just to squelch Palestinian rights but also against the long-term security of Israel and the United States as well just to win an election.

I am literally begging you not to do this.

Perhaps Susan Rice could call in sick that day instead. Or maybe you could find the audacity to abstain. Otherwise, the hatred of the United States that you will spawn will have a terribly long half-life, Mr President, much longer than your putative second term.

Imagine how Americans would have felt had their independence been blackballed at some 18th century global assembly while they were still striving for it? Had they been told to resolve their problems with the British first before issuing the Declaration of Independence?

Of course, I do have to congratulate you Mr. President for managing to give a speech in which you first lauded the international community for supporting the self-determination of South Sudan and then said how irrelevant it would be for the UN to do that same thing in the case of Palestine, without once cracking a smile at the irony of it all. That was a remarkable feat.

I am afraid that you overlooked the words of Harold Koh, the Legal Advisor to your own State Department, who wrote back in 2004 while Dean of Yale Law School that “the promotion of double standards is indeed corrosive,” as well as “dangerous” and “destructive.” That was good advice.

This is the same Legal Advisor whose office argued before the International Court of Justice (ICJ) in the recent case concerning the legality of Kosovo’s declaration of independence that because the negotiations between the parties had proven unable to resolve the issue, it was entirely appropriate for Kosovo to have acted unilaterally in declaring its independence, and that the ICJ should not rule in a way that would undermine that move.

“[T]he situation fundamentally changed once it became clear that a negotiated resolution of the future status of Kosovo was no longer feasible and the negotiating process had been exhausted.”

In a July 2010 briefing welcoming the ICJ decision in the case, Legal Advisor Koh said that “[w]hat had happened here is that Kosovo had declared independence – that the fact of that independence has become a political reality … [T]he International Court of Justice … attempted to cap the legal doubt on that independence … and now it’s returned to the situation that it was in before, which is how to move forward…”

There were no calls for restarting bilateral talks between Serbia and Kosovo. There was no suggestion that such decisions of international bodies are irrelevant to what happens on the ground because Serbia and Russia had not agreed.

Despite all of this, when you spoke to the General Assembly a few weeks ago about the Middle East and said that “we will only succeed if we encourage the parties to sit down together”, you seemed to believe what you were saying. That it is all just a question of a mistaken forum. The Palestinian President did not get the memo about where to stand in line.

I wish you could admit that the position you are taking for a theoretical Palestinian state, just not this way or now or any time soon through any means that could actually work, but instead through hewing to a process that has not produced one in twenty years while more settlements are built making it less possible, is actually a position against a Palestinian state. You were for it before you were against it.

I realise that you are only trying to get tenure, Mr. President, which I now have, and that you did not create the ridiculous political quagmire we now find ourselves in wherein people like Rick Perry who know nothing about the needs of the people of the Middle East impact our policy toward them. We can hope, audaciously or not, that if you do get a second term, you will become like a newly tenured professor who says what she wants to, maybe even about the Middle East. After all, I can write you this letter now. But, by then, Mr. President, you may have made the situation unsalvageable with an unforgivable veto.

During the presidency of George W Bush, a friend gave me “The American Traveller Apology T-Shirt” which basically says “I am sorry for the policies of my president” in all official UN languages. One really needed it in those days to be able to leave the country and hold one’s head up. I put it away the day you were elected. Please do not make me have to get the T-shirt out again.

I voted for you with great hope. Many around the world voted for you with their hearts. I still believe you must know that what you are doing here is wrong when you pledge to veto the inclusion of a small state whose people yearn for the universal rights for which you said the United States would always stand. I implore you to act on that belief and change course before it is too late for a two state solution, too late for a better future for Palestinians and Israelis.

The younger generation across the Middle East and North Africa has spent this year putting their lives on the line to challenge the politics of the possible. They do not deserve to hear the President of Yes-We-Can, in whom they once believed, say to the Palestinians, “No-You-Can’t, not here, not now, not you.” 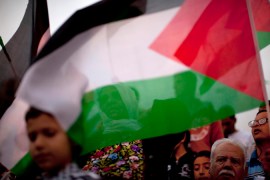 Why Kosovo but not Palestine?

Serbia was historically more aligned with Russia, while Israel serves US foreign policy interests in the Middle East. 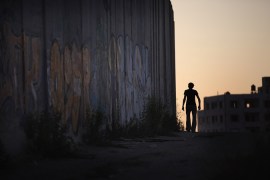 The BDS movement aims to economically undermine Israel, but is it really having the desired impact on the ground? 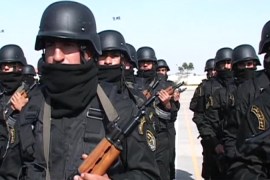 The Quilliam Foundation has closed but its toxic legacy remains