In December 2009, a judge in London issued a warrant for the arrest of former Israeli Foreign Minister Tzipi Livni. The judge received significant evidence indicating her individual criminal responsibility for war crimes committed during Israel’s December 27, 2008 to January 18, 2009 offensive on the Gaza Strip.

The Court’s straightforward application of the rule of law prompted a diplomatic offensive on the part of Israel, which on September 15, 2011 resulted in procedural changes to universal jurisdiction legislation in England and Wales. These changes were intended to prevent the arrest of suspected war criminals from “friendly” states.

On October 6, 2011, Ms Livni returned to the United Kingdom. A stated purpose of her visit was to celebrate this change in the law.

In advance of her visit, and acting on behalf of civilian victims of war crimes in the Gaza Strip, the Palestinian Centre for Human Rights and Hickman & Rose requested that the Director of Public Prosecutions (DPP) authorise the arrest of Ms Livni or consent to the victims applying to court for a second judicial arrest warrant. This application was made in full conformity with the recent legislative changes.

Extensive evidence indicating Ms Livni’s individual criminal responsibility was presented to the DPP, and an effective dialogue was established with senior crown prosecutors that enabled relevant, admissible additional evidence to be supplied at their request. However, following the Foreign and Commonwealth Office’s last-minute (apparently) retroactive attribution of diplomatic immunity to Ms Livni, on the basis of her visit constituting a “special mission”, the DPP issued a statement that he had been blocked from making any decision as to her arrest.

Due for due process

Three principal issues arise from this case that must be highlighted.

First, the fact that no decision was made to arrest Ms Livni was not due to any lack of evidence. Indeed, in an unusual public statement, the DPP acknowledged receipt of a significant body of evidence, which was “carefully considered by senior and experienced lawyers in the Special Crime and Counter Terrorism Division of the CPS” (Crown Prosecution Service).

As confirmed in the statement, these lawyers did not reach a decision on the evidence, as their work was blocked by the attribution of Special Mission immunity. If the evidence was insufficient to justify an arrest, it is difficult to see what prompted the intervention of the Foreign and Commonwealth Office (FCO).

Second, recent changes to the United Kingdom’s universal jurisdiction law did not preclude the potential arrest of Ms Livni. However, by preventing direct access to the Court, these changes most definitely hampered efforts by the victims to seek redress, slowing the process down sufficiently to allow the FCO to produce a certificate of immunity and for Ms Livni to leave the jurisdiction.

The FCO decision was made behind everyone’s backs, and meanwhile the DPP delayed his decision for a crucial few hours, all of which effectively prevented the victims from bringing a successful legal challenge to the FCO decision while Ms Livni was in the country. Indeed, given the absence of the immunity certificate, Ms Livni could – and should – have been arrested on Wednesday night, prior to the FCO’s intervention.

The key point is that the new law gave Ms Livni no protection against arrest and prosecution: It was solely the (questionable) attribution of diplomatic immunity that prevented due legal process.

Finally, the FCO’s apparently retroactive attribution of Special Mission immunity to Tzipi Livni must be highlighted. As far as we can see, there are just two possibilities: Either there was a plan in advance to classify the visit as a special mission, in which case Ms Livni and the FCO set out deliberately at the beginning of the week to deceive everyone that Ms Livni was genuinely testing the new legal procedure, or the special mission was a rabbit that was pulled from the hat to prevent the law taking its course.

Both these alternatives are discreditable and the latter, which currently seems more likely, represents a complete abuse of process and of law based on the known facts. In any event, the sole purpose behind the FCO actions has been to shield Ms Livni from arrest.

Ms Livni is not a member of the Israeli government, but rather is leader of the opposition. She is not an official representative of the State of Israel, and the FCO has been notably silent on whether there was prior agreement between the two governments that Ms Livni’s visit would be a special mission, without which immunity cannot lawfully arise.

If the law on special missions is being abused to subvert the rule of law, then this indicates a worrying disregard for the international obligations of the United Kingdom, which include the unqualified mandatory requirement to “search for persons alleged to have committed, or to have ordered to be committed … grave breaches, and … bring such persons, regardless of their nationality, before its own courts” (as per article 146 of the Fourth Geneva Convention of 1949).

In effect, whatever the true version of events, the British government illegitimately agreed to give special temporary immunity to Ms Livni, knowing an English judge had previously ordered her arrest on war crimes charges, in order to allow her time to complete a visit to London, so as to enable her to escape arrest for a second time.

These events send the dangerous message that international law is subject to political expediency, and that in the view of the UK government, universal rights are not actually universal. Modern international law was created in response to the horrors of World War II, in an attempt to protect civilian populations and to give power to the phrase “never again”.

The Fourth Geneva Convention and the Universal Declaration of Human Rights mark significant advances in the progress of humankind. These fundamental rights must be preserved at all costs; any attempt to dilute their practical impact in the name of political expediency must be resisted and challenged. At issue is the very concept of universal justice and the universality of human rights.

Hickman & Rose and the Palestinian Centre for Human Rights will continue to exert all possible efforts on behalf of the victims to ensure the equal application of the rule of law, and to uphold individual victims’ right to judicial redress.

Daniel Machover is the head of the Civil Litigation Department at London-based law firm Hickman & Rose.

Raji Sourani is the director of the Palestinian Centre for Human Rights, based in Gaza. 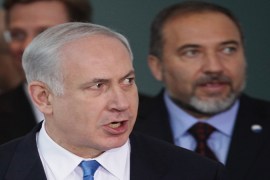 Thanks to Netanyahu’s arrogance and impunity, without an immediate change of course Israel is headed for disaster. 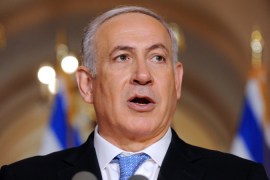 Netanyahu’s refusal to apologise over the Gaza flotilla killings shows that Israel is misreading the new Middle East. 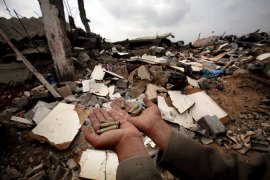 The Goldstone Report fails to justly present the facts about Israel’s war crimes in Gaza. 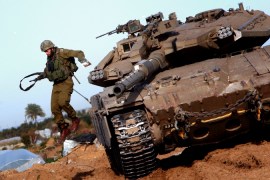 Richard Goldstone’s second thoughts only matter to those who have consistently defended an indefensible war.