Yemen’s renewed violence is just the latest sign that the Arab Spring may be joining the list of those historic contagions that, in the fullness of time, did not turn out well. Indeed, its effect may be reaching countries in ways that we did not expect.

Israel, in particular, can be forgiven for curbing its enthusiasm over the effect of the Arab Spring on its own security. On August 19, Israel absorbed an attack in the Negev Desert, through an increasingly dangerous border with Egypt, which left eight civilians dead. Just a few weeks later, a mob attacked Israel’s embassy in Cairo, forcing the evacuation of Israeli diplomats and creating a major row with Egypt’s fragile interim government.

In Syria, nobody is prepared to predict the outcome of what is turning into a bloody battle with sectarian overtones. And in Libya, while getting rid of Muammar Gaddafi is a good first step, democracy and the rule of law are, to be optimistic, years away.

Meanwhile in Shia-led Iraq, the black sheep of the Arab world, attention has focused on the question of a new Status of Forces Agreement (SOFA) with the United States to replace the one that expires on December 31. Negotiations are proceeding on a post-2011 agreement to ensure some kind of US military presence that contributes to Iraq’s continued (relative) political and social stability and economic growth. After all, Iraq now truly has something to protect: 11 oil contracts, with more to come, hold out the possibility that within a decade, oil production could be on par with that of Saudi Arabia.

This year has seen an increase in violence – Sunni attacks on the government and on Shia civilians, and, more rarely, but also deadly, Shia extremist attacks on US soldiers. Indeed, while the latter is rare compared with the former, such attacks have made this year one of the costliest years for US troops since the “surge” of 2007-2008.

Many Middle East observers see Iranian support behind the attacks by Shia militant groups. The Iran-Iraq border – like many borders in the region – is long and porous. The weapons confiscated from militant groups are very often Iranian-made, and recently exported. Shia militants, supplied by Iran and egged on by Iranian propaganda, are likely unconvinced that US forces are indeed leaving.

But what about the more frequent Sunni attacks? Where is their support coming from?

Think-tank pundits, obsessed with the permutations of issues surrounding US forces’ deployment in the world’s trouble spots, have concluded that the rising Sunni violence, too, is related to the US troop withdrawal. Sunni groups are supposedly trying to prove that they still matter, that they have been neither defeated nor deterred by US troops.

The insurgency is on

Americans, not unlike many people outside the Middle East, regard the struggle in Iraq as one pitting those who supported democracy against those who somehow supported the dictatorship (“dead-enders”, as then Secretary of Defense Donald Rumsfeld described them at a Pentagon press conference).

But, for many people in the region, the Iraq war involved something else: The transfer of power in what had been a Sunni-led country to the Shia majority. Shia-ruled Iraq has not been well received in the Sunni Arab world. Indeed, some extreme Sunnis in the Arab world consider Shia power a mortal threat.

The 1,300-year-old Sunni/Shia divide was not what the US had in mind when it invaded in 2003. After all, such sectarian identities are not the sort of basis for politics that a twenty-first-century democracy should embrace. The US had high hopes that identities would be forged on some other, more secular ground. It is hard to say what that ground was supposed to be – the welfare state? Taxation? Regulation? – but somehow, in the US mindset, secular political identities would emerge, and Iraq would be welcomed and perhaps emulated in the Arab world.

Of course, that did not happen, and when Sunni and Shia alike came to understand de-Baathification as vengeance against the Sunni, the insurgency was on.

Today, the insurgency, violent as it can be from time to time, is not supported by anything close to a majority of Iraqis, if it ever was. Insurgents hold no land or cities, unlike before, and, while many Sunnis chafe at life under a prime minister who leads a Shia-based political party, they have for the most part accepted the new reality and have focused on getting as much as they can from it. Can this be said of all Sunnis in the rest of the Arab world?

Indeed, in the rest of the Arab Middle East, where Sunni governments or monarchs prevail, the unprecedented “Shiafication” of Iraq has never gone down well. Many countries in the region have refused to open embassies in Baghdad, often citing “security concerns” as the reason.

The Saudis have been particularly unimpressed by progress in Shia-led Iraq to date, and have taken the lead in sounding the alarm about the danger that Iran poses to the Arab world’s only Shia-led country. Indeed, one wonders how much more progress Iraq would have made had the Saudis had spent more time and money supporting Iraq rather than denouncing it.

During the height of the Sunni insurrection, US forces devoted considerable efforts to closing borders and otherwise seeking to monitor and interdict elicit money flows from extremist groups in Sunni states to Iraq.

Perhaps, given the ongoing turmoil in the Arab world, security services that had previously – though sometimes reluctantly – shut down these money flows are now distracted by other, more immediate, problems. It might be worth checking again. 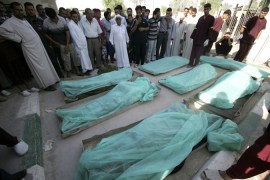 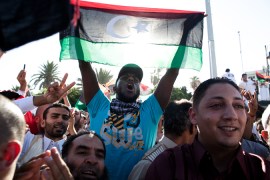 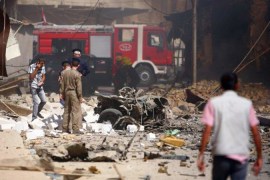 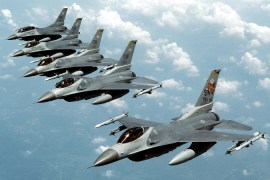 Country to buy 18 fighter jets worth about $3 billion from US in deal which involves training of Iraqi pilots.