“When people decide to live, destiny shall obey, and one day … the slavery chains must be broken.”

So we have chanted since our adolescence, repeating this legendary verse by the Tunisian poet Abu al-Qasim al-Shabi.

Perhaps, the mythical character of this verse does not stem only from it being old – al-Shabi wrote it in the 1940s against the colonialism of the past century – but also from our feeling of hope in spite of the fact that despotic Arab regimes are much stronger than their peoples, and seemingly even than fate itself.

On Friday, January 14, the Tunisian dictator Zine El Abidine Ben Ali fled the country. The history of the Arab world is full of tragic Fridays – black Friday, sad Friday, red Friday, bloody Friday – but perhaps this time we are witnessing the first Arab victory for democracy since the long-standing Sudanese president Jaafar Nimeiri was ousted 1985.

With the demise of the tyranny and corruption of Ben Ali’s era and his removal to the dustbin of history, the question now being asked by every Arab is: What is next and which Arab regime is the next candidate to be hit by the winds of change?

The Tunisian people’s dismantling of the Iron Curtain is worth contemplating and learning lessons from.

The meeting of the social with the democratic

The Tunisian uprising is a continuation of the encounter between social and democratic claims in the demands of the Tunisian people.

After the uprising in Gafsa, two years ago over bread and unemployment, a dissident bloggers’ and a Facebook users’ protest took place in the Tunisian city of Jarjis, demanding the release of political prisoners and freedom of expression.

The current uprising is of the unemployed university graduate youth, and it is marked by its ability to combine the social with the democratic.

The protestors’ sensitivity to unemployment is linked to their sensitivity to the importance of justice (the so called “Tunisian economic miracle” is in the capital and northern coastal cities but not in the interior of Tunisia or in the south), dignity and freedom: Freedom to join political groups and parties, freedom of expression, freedom of religious practice, women’s freedom to wear scarves, freedom to write about corrupt people in the government, the Ben Ali family or the Trabelsi family.

The encounter of these two types of demand is what made the Tunisian youth feel that they had become a homo sacer, in the sense that the Italian philosopher Giorgio Agamben gives it. This situation is the revolt of bare lives, of defenceless hungry bodies that the regime has stripped of political identity and the right to belong to the groups which they prohibit (such as the Islamic Renaissance Movement ‘al-Nahda’ and Tunisian Communist Labor Party).

When Ben Ali assumed the power of a sovereign who holds the ultimate decision over whether to enact a law or to suspend it and over whether to “take life and let live”, the regime’s apparatus violated Tunisians rights – arresting, torturing, murdering and economically spoiling the country.

The Tunisian sociologist, Mohsen Bouazizi, wrote in a book that I edited called The State of Exception and Resistance in the Arab World, about the silent expressions among the Tunisian youth and how indifference and carelessness are used as mechanisms against the regime. But what Mohsen Bouazizi didn’t see then is how Mohamed Bouazizi, who is from the same city as Mohsen – Sidi Bouzid – had lost his patience completely and burst into anger.

Mohamed’s body, like other young Tunisians’, was a target for the oppressive regime and its disciplinary authority that aims to strip it entirely of its political activism.

Thus by committing protest-suicide, Mohamed has set a stand of resistance to the regime, and the effectiveness is achieved at the moment of his body’s self-immolation.

We are at a moment, as the Palestinian researcher May Jayussi puts it, similar to the moment when the Palestinian resistance in the occupied territories challenged the sovereign authority that wanted them to be humiliated subjects that can be killed without being sacrificed (i.e. death without value).

Mohamed Bouazizi and his fellows, who died committing suicide, became actors who sacrificed themselves and by that act, inverted the relationship with the sovereign authority.

There are many lessons that can be learned out of the Tunisian genuine popular revolution, but I will limit myself here to four.

The first lesson is about the main actors in this uprising. Labour and professional unions were able to mobilise the masses and at a second degree the opposition political parties.

Yes, the uprising started as an unorganised and spontaneous event, but labour unions soon organised it and transferred it from one town to another. The General Union of Tunisian Workers was masterful in dealing with the regime: In northern Tunisia, especially in the capital, the leaders of the union were negotiating with the regime, while their counterparts in the south were opposing it.

The Bar Association also had an important and leading role in expanding the protests, from consisting of only the youth to including all ages and to the capital Tunis.

Perhaps, people interested in social movements would want to focus on lawyers and judges movements in more than one location in the Arab and Islamic world, as is in the case of Egypt and Pakistan.

But what about the human rights associations and civil and non-governmental organizations (NGOs)?
Many donors and international organisations limited their view of the notion of civil society to these associations only, and thought they were the ones who would carry the winds of change.

These associations played an auxiliary role to the syndicates and opposition parties. This role was manifested by the way human rights associations within Tunis and abroad accompanied the uprising through disseminating documented information about the casualties and death tolls, and through stimulating the international powers, at both of the civil and official levels, to take firm positions against the regime.

Therefore, one of the most important characteristics of civil society is the synergy between syndicates and parties and NGOs. It is time for the donors who focus only on NGOs to distribute their support to all those institutions. Otherwise, focusing on NGOs exclusively will not only cause the inflation of the NGOs, but will also weaken the syndicates and parties whose best young men will then turn to work with NGOs.

The second lesson is that there is a close relationship between bread and freedom: despite Ben Ali’s promises to solve the unemployment problem and provide proper prices for basic food needs, the mass revolution did not stop.

Youth and professionals of the country considered their livelihoods to be connected to freedom of the press and lifting off restrictions on the internet, as expressed by the opposition. Cyberspace has become a crucial site of mobilisation and knowledge tools built by the simple efforts of individuals, bloggers and associations is being used in order to communicate with the world and to keep up to date on what is happening in Tunisia, effectively eliminating the need for misleading official media.

The third lesson is reflected in the terrible suspicious silence of the Western countries, which had fully supported Arab dictatorships on the pretext that they are the only force capable of maintaining political stability and taking part in the “war on terror”.

Terrorism does not often refer only to movements like Al Qaeda, but also to political Islam. France has kept silent for more than three weeks in spite of what’s happening in Tunisia in order to support its spoiled child, Ben Ali.

The Élysée spokesman, François Baroin, said a week ago (Jan 8) that what is happening in Tunisia is an internal affair.

If so, why is it not the case of what happened in Iran and Lebanon, or the elections in the Ivory Coast? Many Western countries support change in the Arab region, but only when the form of the new ruling elite is guaranteed, as happened in Iraq.

The fourth lesson is that despite all the oppression of Ben Ali’s regime and the use of a permanent state of exception, this regime is not a total institution, controlling everything.

It can be pointed out that in many cases, oppression is a sign of weakness rather than strength. This is evident when the “mighty” regime of Ben Ali was not able to get the army to oppress the people in the same way the police did. Therefore, the army had an important role in pushing Ben Ali to flee.

The system also failed in silencing the opposition. For example, many Tunisian intellectuals in France, the UK and Qatar were spreading awareness about the uprising within and outside of Tunisia.

This probably gives a glimpse of hope to all those working in the field of democratisation; to search for the structure of opportunities and to learn how to use regimes’ weaknesses to breed change in the order.

Finally, perhaps this wonderful uprising is only a starting point for a democratic process that is full of minefields. In this regard, there are two issues at stake in the next phase.

The first issue is the extent to which Tunisia’s domestic elites will allow the banished expatriate elites, especially those that left to France and Britain to return and to exercise their freedom of expression and organise parties. Here I especially refer to some from left-wing parties and al-Nahda movement.

The second issue is the extent of the ability of al-Nahda movement to deepen and consolidate its moderate stance that is based on respecting the principles of democracy and pluralism, as often expressed by its leader Sheikh Rashid Ghannouchi, and to take into account Tunisians’ openness to secular and Mediterranean values.

The absence of such a moderate movement has led many young Tunisians to turn to the conservative Salafi dogma, and a very few number of them even adopted Al Qaeda’s thoughts.

Sari Hanafi is an associate professor of sociology at the American University of Beirut. 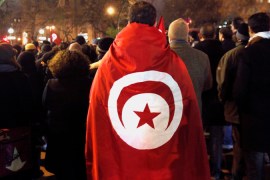 With a cautious approach a durable democratic order can be established in Tunisia. 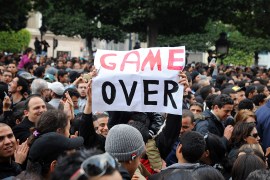 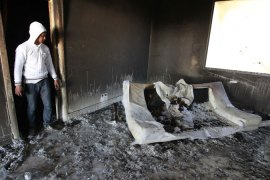 ‘The Family’ Tunisians hate most

Central bank denies that ousted leader’s wife took tonnes of gold out of the country when they fled.