Four months away from a scheduled referendum on self-determination, Sudan, Africa’s largest country is at an historic crossroads.

In January, the people of south Sudan will choose whether to stay unified with the north or secede to create a new country roughly the size of Texas. This referendum, the cornerstone of the 2005 Comprehensive Peace Agreement (CPA), which the two of us helped negotiate, was to be the pinnacle of a six-year process to make Sudan more democratic and peaceful.

Neither the north nor the south have succeeded in “making unity attractive” as it was hoped, and most analysts expect an overwhelming vote in favour of southern secession.

Regardless of the outcome of the vote, the people of south Sudan need to be reassured that their choice will be respected. This ought to be done in two ways.

First, the international witnesses who backed the CPA and pledged to help implement it must re-affirm that they will recognise either outcome of a free and fair referendum. Such a simple step will go a long way toward decreasing tensions and uncertainty in this potentially turbulent period.

Second, witnesses must redouble their efforts to ensure that the referendum is indeed held as planned. This requires adequate support for the referendum preparations and individual and collective pressure by the witnesses on both the north and south to prevent delays, clear bottlenecks, and foster a collaborative spirit.

At the same time, increased efforts to prepare for the referendum in the south should not come at the expense of progress in the three transitional areas established by the peace agreement. The CPA promised the people of two of those areas, Southern Kordofan and Blue Nile, a democratic process of popular consultations, while residents of a third area, Abyei, were given the right to decide, through a separate referendum, whether to stay in the north or join the south.

Regrettably, preparations for the Abyei referendum remain deadlocked and the popular consultations have been postponed. These three areas have received much less attention than the southern referendum, including by the witnesses who were most involved in negotiating that important part of the CPA. This is both unfortunate and misguided, as the three areas are a weather-vane of the north-south relationship and retain the explosive potential to derail the entire peace deal.

In addition, following April’s elections that were characterised by serious allegations of fraud and voter intimidation, upholding the rights of the people in the three areas is one of the few ways to preserve the CPA’s underlying promise of democratic transformation.

Indeed, although the CPA will end in July 2011, the goals of democratisation and economic transparency must remain priorities for north and south Sudan and the witnesses, regardless of the outcome of the referendum.

International leverage is greater in the south, but the north too should be required to respect international human rights and good governance standards, both before and after the referendum.

None of this will be easy – or cheap. The humanitarian and development requirements in Sudan are immense, and donors have often been unable to deliver real long-term impact. With abysmal human development indicators and appalling lack of capacity in the south, Sudan should be at the top of international donor priorities. According to the United Nations, virtually all Millennium Development Goals (MDGs) in south Sudan will not be met – a fact that should come as no surprise given that, per capita, the south has received only a small fraction of the technical assistance the international community has provided in places like Mozambique and Timor Leste.

The summit on the Millennium Development Goals scheduled for 20-22 September in New York, and the high-level meeting on Sudan convened by the UN secretary-general on September 24 offer an opportunity for CPA witnesses and key donors to re-engage meaningfully at this critical moment. They should seize it, specifically through taking urgent steps to safeguard the rights of the people of south Sudan and the three transitional areas to decide freely their own future, to continue the process of democratisation throughout Sudan after the CPA expires, and to provide the necessary financial and technical assistance. Anything less would be short-sighted and will compound the dangers of a return to conflict.

Retired Lt Gen Lazaro Sumbeiywo was chief mediator (2001-2005) in the Sudan peace talks. He is a former chief of staff of the Kenyan army. 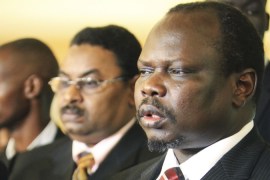 US secretary of state calls southern independence “inevitable” and warns that the north may not accept the vote. 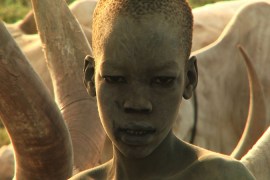 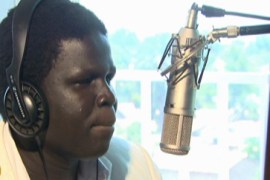 In lead-up to referendum, south Sudanese air their call for independence. 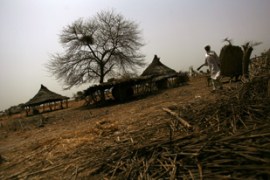 Ahead of the referendum on independence, region unveils plans to reshape cities.