Imagine, if you will, an amusement park set to open in the not-too-distant future. But instead of roller coasters and cotton candy, this one will have”juvenile giraffes” and odes to the good ole days. Which to the founders of this wonderland occurred about 6,000 years ago, when man and T-Rex blithely roamed the Earth together.

The year will be 2014. And the land of enchantment that commences operation that year will be a creationism theme park, which will exist aboard a “500-foot-long wooden replica of Noah’s Ark containing live animals,” so kids can learn how the Earth really began and ignore all that tripe about the Big Bang.

It will accompany the already rocking Creation Museum in Boone County, Kentucky, which is devoted to a literal interpretation of the biblical story. This leads to certain challenges, of course, as Charles Pierce points out in his book Idiot America, such as providing a theoretical basis for how humans and dinosaurs co-existed, before the latter shuffled off this mortal coil.

Which explains why Creation-Museum dinosaurs are afforded the privilege of donning an “English saddle, hornless and battered,” to remind them of their main purpose during their brief terrestrial experience: Serving as our Lippizanners.

Just imagine how much fun the Kentucky Derby must have been back then!

Perhaps, worst of all, not only is this scientific Frankenstein being built, but at the announcement of its pending, um, creation, was not some far-right loon, but the Kentucky Democratic Governor Steve Beshear. Perhaps its simple coincidence that in a year’s time, he shall once again stand before the voters of Kentucky as a candidate for governor. And that he arrived at the unveiling with a potential offering of over $37 bn in taxpayer-funded, tourism development incentives.

Yes, I know, surely the Pirates of the Garden of Eden ride will provide jobs and lead to increased tourism for the area, but if the only requirement is to provide visitors with fantasy and pool a few shekels, why not just screen Russ Meyer movies or hand out signed copies of George W. Bush’s Decision Points?

Or better yet, how about having everyone read Bruce Kluger and David Slavin’s laugh-out-loud 21 Century version of T’was The Night Before Christmas, where Santa Claus is the victim of a hostile takeover by Giganticorp. Not only would it be didactic, but a bit closer to reality than the likelihood that Neanderthals rode velociraptors into battle.

Regardless, the lesson here is to be wary of the new conventional wisdom in American media circles, that social issues (which include abortion, prayer in school, gay rights, and are of core concern to Christian fundamentalist groups) are on the downswing in our politics, and that it is, as the kids say, all about the Benjamins these days. To paraphrase Mark Twain, the rumours of the demise of religion-based social issues has been greatly exaggerated.

In fact, perhaps you’ve heard the same song and dance when it comes to our favourite colic, well-off white breads currently on a mission to restore our nation to its once-and-future greatness. You know, that wily and wacky band of town-hall menaces known as Tea Partiers, who’ve made economic concerns their supposed raison d’etre (except they wouldn’t say that, because they’re Americans who’d never lower themselves to speaking “Swiss”).

These rough & tumble middle class refugees only wish to trim America’s Leviathan federal government to what it was in its glory days, which falls roughly somewhere between the 1850s and 1950s, depending upon the view of the Mason-Dixon Line from their house. They’re simply good, honest, hard-working folk worried about leaving their grandchildren a Mount Sinai of debt, and have no interest in re-litigating arguments over religion in pubic life and the accompanying social issues.

According to research conducted by the Public Religion Research Institute, there’s “a strong overlap between Tea Party members and Christian conservatives.” To take it a step further “Eight in 10 Tea Party members call themselves Christians and 57 per cent of those label themselves conservative Christians.” Which probably explains why 63 per cent of those who support the Tea Party think abortion should be illegal in virtually all circumstances (far more than the US population at large).

So while they may toss around the term “libertarian” like some badge of honour, to claim the tri-corner hat crowd is only interested in turning the United States into an anarchic, Ayn Randian, Neverland Ranch without theocratic intervention, well, that would be akin to believing that President Obama is really going to nail that bipartisanship thing this time, or going through security at US airports shouldn’t be covered by your insurance as a prostrate exam.

In other words, when you encounter certain media mavens or our favourite righties blowing out this easily disprovable smokescreen, that the Right (and Democratic enablers) isn’t still about telling you who to worship, when to do it and how to conduct your affairs in between – in that case follow the simple advice of the late Ronald Reagan, from his Republican National Convention speech in 1992. 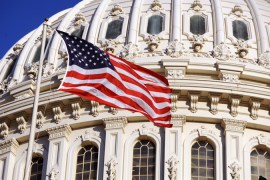 US midterms: a town hall debate

Avi Lewis dissects the election results with guest panelists from across the political spectrum. 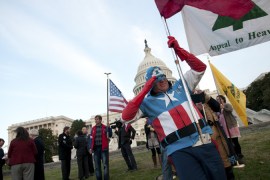 The US Midterm Massacre

Slaughterhouse 2010: As the great novelist Kurt Vonnegut used to say, “So it goes”. 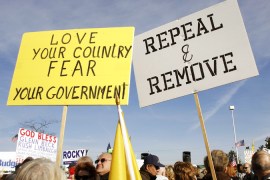 Jesse Jackson and Brad Blakeman discuss Obama’s promise of change and the impact of the Tea Party on the midterms. 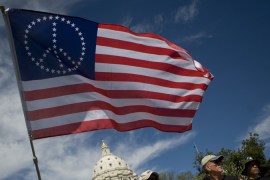 No more rage against the machine

Where is the anger at the horrors revealed in the latest Wikileaks Iraq war logs?