Sometimes there are simply no words to describe the behaviour of Mitch McConnell’s band of merry misanthropes – also known as much of the US Senate Republican Caucus. The level of pathological callousness, a nihilistic streak that would make Friedrich Nietzsche blush, the willingness to put an AR-15 to the head of the nearest vulnerable group if they don’t get every last dime of the mud-bath tax credit for the likes of Kim Kardashian.

You’ve seen these clowns in action. You know what I’m talking about.

They diagnose patients via Youtube. They block votes on everything that doesn’t involve water boarding someone or gutting mine safety standards. They turn bathroom stalls in Minnesota airports into tourist destinations.

Yet, this latest stunt, well, this one even shocked me. Senator McConnell’s boisterous brood decided that it was too expensive to fund healthcare for 9/11 first responders. That’s right, the guys and gals who ran into cascading buildings, brick bonfires and smoldering ash, many of whom – the ones lucky enough to get out alive – developed respiratory illness and cancer for their troubles.

Sicknesses no doubt brought about by their sloth, atheism and at least occasional voting for Democrats.

So “offsets” had to be found to pay for $6 to $7 bn in life-saving funds. Yes, we just added $858 bn in red ink to our budget because somewhere a campaign contributor needed pocket change for the latest yacht shoe, but those in need of less than 1 per cent of that amount for the deleterious results of heroism?

Get in bloody line, guys!

And because tax cuts for the Gates’ and the gated communities just simply had to pass immediately, most GOP Senators decided that this insignificant health bill would be “held hostage” until it did. An art that Republicans learned something about in the 1980s, I suppose, when they ignored the Constitution to consort with Iranian hostage-takers.

So in case this series of events doesn’t viscerally affect you the way it does me, let me count the ways that it’s sickening.

First of all, this is a Republican Party who’s entire platform in the Bush years was to repeat the term “9/11” more often than Governor Haley Barbour looks over his shoulder while telling jokes at his country club. It was the all-purpose answer to anything you could possibly ask, whether one was discussing national security, Emeril Lagasse, or the Ohio State-Michigan game.

Republicans constantly implied or outright called Democrats un-American for any deviance from what they considered sound security policy – an insult to anyone in existence on that fateful day. They questioned Democrats’ patriotism for wanting to protect the rights of Homeland Security workers to organise. They did much the same to those questioning the non-existent link between Saddam Hussein’s Iraq and Al Qaeda – when not outing their wives as secret agents.

Just talking about 9/11, whether in oratory or simple badinage, brought Republicans to such a natural high that most were likely warned by their doctors not to mix it with Viagra for fear of permanent priapism.

Secondly, this whole disgusting display is just another example of how the US has become a two-tiered society, where those who earn marginal wages do the fighting and the life-saving, while those who earn significantly more, have become the first Americans ever to have their taxes cut during wartime.

The former sometimes get buried. The latter sometimes gets buried in paperwork foreclosing houses. Which occurs, now and again, because the homeowner is off fighting a war “fully supported” by the dunderheads doing the foreclosing.

It’s John Boehner’s world and you’re just living in it, baby! You know, with a lot fewer burnt skin cells.

But make no mistake, so blatantly ignoring the needs of first responders from 9/11 is just another part of the reorganising of America around who matters – those who can contribute to campaign accounts – and everyone else who doesn’t. Being a fireman doesn’t pay like plundering pensions, so stop whining about the throat cancer from the three weeks of 18-hours days pulling body parts from the World Trade Centre rubble – Ok buddy? You’re lucky you still have your Social Security (for now, anyhow).

Thankfully this bill has now finally now passed the Senate at a reduced cost after some negotiating. But that it could have been held up for one minute over budget concerns, after $10 million in individual married couples’ estates was just exempted from taxation, says all you need to know about the Bio Dome some of these parliamentary cretins inhabit in capital’s beltway.

Because for many of the rest of us, that day is still personal.

I was in New York City that day, working downtown on a city council election. One minute the World Trade Centre looked regal, with a gorgeous azure sky serving as the perfect backdrop. The next it was up in flames.

When I saw the second plane hit, I started running towards the scene of the carnage, as I tried to digest what I just witnessed, and whether I could help in any way. But as I saw police cars, fire trucks, ambulances and the like speed past me, I worried I’d only get in the way of those who actually know how to save lives.  So I headed back to our campaign headquarters to find out if World War III had just started.

Meanwhile, some of those guys who sped past me didn’t make it out alive. Others would develop sicknesses that would change their lives forever. Apparently some Republicans in the Senate have done the one thing they swore they’d never do – they’ve forgotten what that day meant to America, not to mention the selfless sacrifices many Americans make every day.

For this may be the latest and most repulsive example of their ambivalent attitude towards their own constituents. But in general, as the late Democratic Senator Claude Pepper once warned, these “politicians”, have forgotten “they’ve been appointed and think they’ve been anointed.” 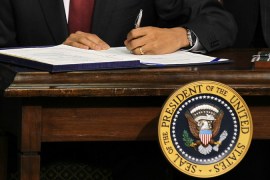 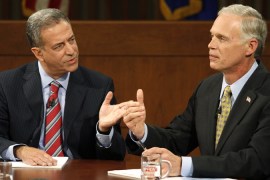 Looking ahead to the next Congress

Whether or not Democrats lose big in Congress, big-ticket legislation will likely not pass during the next two years.