The Quran is the central religious text in Islam. Muslims believe the Quran was verbally revealed by God, through the angel Gabriel, to the Prophet Muhammad over the course of 23 years.

Muslims are encouraged to continually read and memorise the Quran which has been preserved – to the letter – in its original form since it was revealed more than 1,400 years ago.

Among the oldest Quranic manuscripts in existence are the Sanaa Quran and Birmingham University Quran, both of which date back to the 7th century. 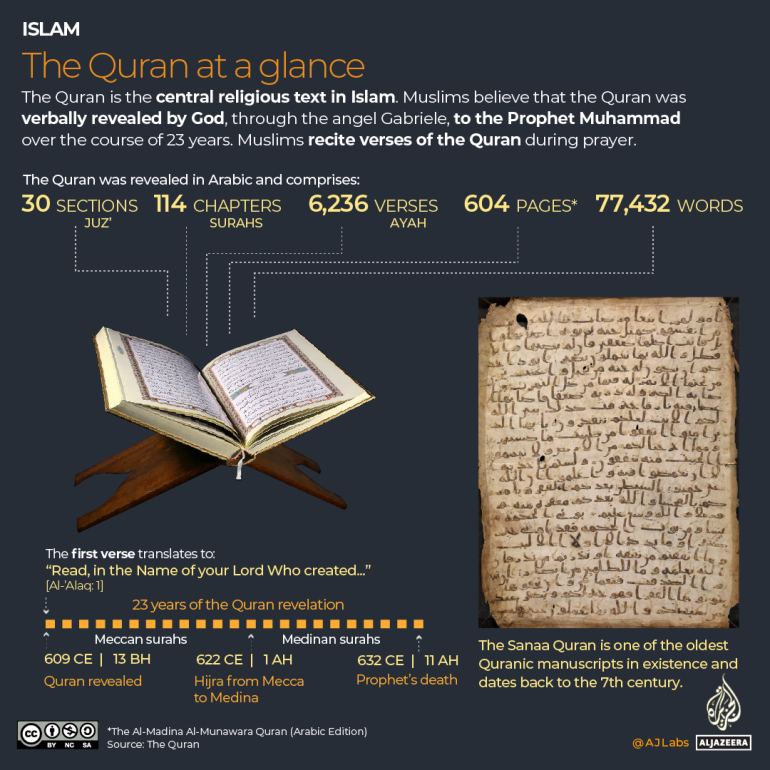