Since Putin sent troops into Ukraine on February 24, the once mighty army of a former superpower has been repeatedly outwitted and outmanoeuvred by the smaller Ukrainian army, which is supported by the United States and its European allies.

The conflict has turned into a grinding war of attrition that has killed and wounded tens of thousands of soldiers on both sides, as well as Ukrainian civilians, though there is no end in sight, and both sides are re-arming as fast as they can.

Defence minister Sergei Shoigu told top generals that to renew the army, they would have to take account of the experience of fighting in the Syrian civil war – where Russia intervened on the side of President Bashar al-Assad – and in Ukraine.

“We need to constantly analyse and systematise the experience of our groups’ actions in Ukraine and Syria, and on that basis to draw up training programmes for personnel and plans for the supply of military equipment,” Shoigu said.

Putin, after meeting the mothers of dead soldiers, ordered Shoigu on January 2 to prepare a report on how military units are supplied, with details about weapons and equipment as well as proposals on how to improve the defence ministry’s work.

Shoigu said Russia would continue to develop its nuclear triad of ballistic missiles, submarines and strategic bombers because such weapons were “the main guarantee of its sovereignty”.

On conventional weapons, Shoigu gave a remarkably frank analysis of where Russia needed to improve.

Nationalist critics of Shoigu have repeatedly asked why Russia failed to establish air superiority in Ukraine, why top generals made such grave tactical mistakes and why Russian soldiers were sent into battle without the right equipment, intelligence or even medical kits.

Shoigu said Russia would pay particular attention to the air force, build up its overall attack capabilities and improve command, communication and training.

Russia will “increase the combat capabilities of the aerospace forces – both in terms of the work of fighters and bombers in areas where modern air defence systems are in operation, and in terms of improving unmanned aerial vehicles”. 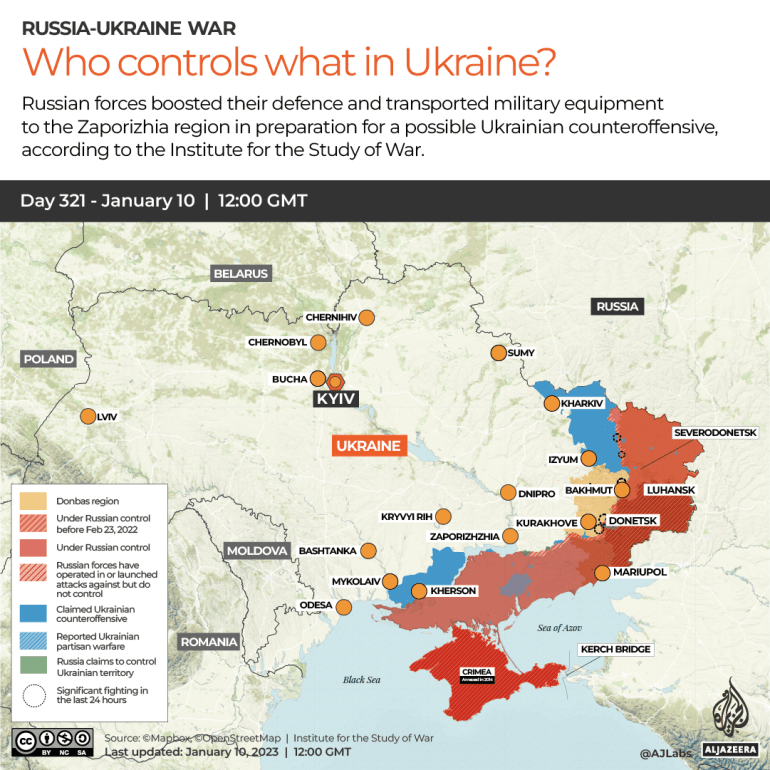 “Our immediate plans are to expand the arsenals of modern strike weapons,” he said. “We need to improve the management and communication system.”

Shoigu also said the military commissariats, which are responsible for drafting soldiers, needed to be modernised.

After Putin ordered on September 21 what he cast as a “partial mobilisation”, Russia’s first since World War II, about 300,000 additional men were drafted, though several hundred thousand more Russian men fled abroad to avoid being called up.

“It is necessary to digitalise databases, establish interaction with local and regional authorities, as well as industry,” Shoigu said of the commissariats.