Five years ago, a violent campaign by security forces in Myanmar sparked a mass exodus of about 730,000 Rohingya, who – carrying their belongings on their backs and sometimes crowding onto makeshift bamboo and jerry-can rafts – fled in search of safety. Most headed to neighbouring Bangladesh.

The violence – which included reports of gang rape, mass killings, and forced expulsion – brought renewed international attention to decades of documented persecution against the mostly Muslim Rohingya, who are largely stateless after years of what rights monitors have called systematic marginalisation by Myanmar’s government.

But as refugees, many Rohingya have found little reprieve as they mark the fifth anniversary on Thursday of what advocates call Rohingya Genocide Remembrance Day.

A United Nations report found that attacks on Rohingya were carried out with “genocidal intent”, and in March, the United States became the first government to formally declare that the attacks constituted genocide. Myanmar has denied that any violence committed by security forces amounted to genocide.

The community remains stuck in a “cruel limbo”, according to Norwegian Refugee Council chief Jan Egeland, as refugees contend with a backslide in rights and stagnating opportunities in Bangladesh, and grim prospects of a safe and dignified return to their home in Myanmar.

If Rohingya return to Myanmar, “there is no guarantee that the cycle of violence will not repeat again,” Nay San Lwin, the co-founder of the Free Rohingya Coalition, told Al Jazeera.

But in Bangladesh, he said, “the refugees are feeling like they are the prisoners”. 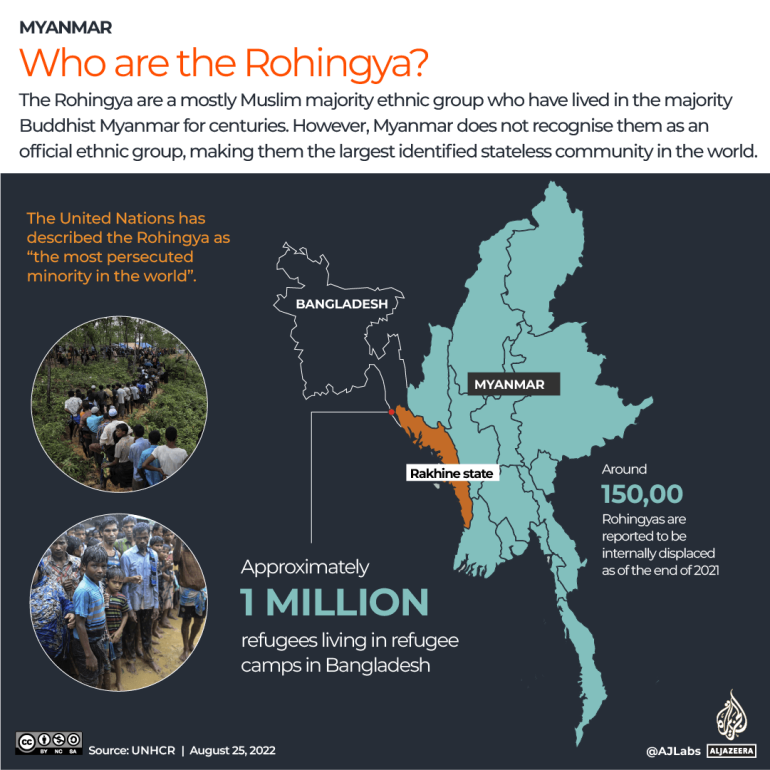 What happened during the 2017 government crackdown and mass exodus? 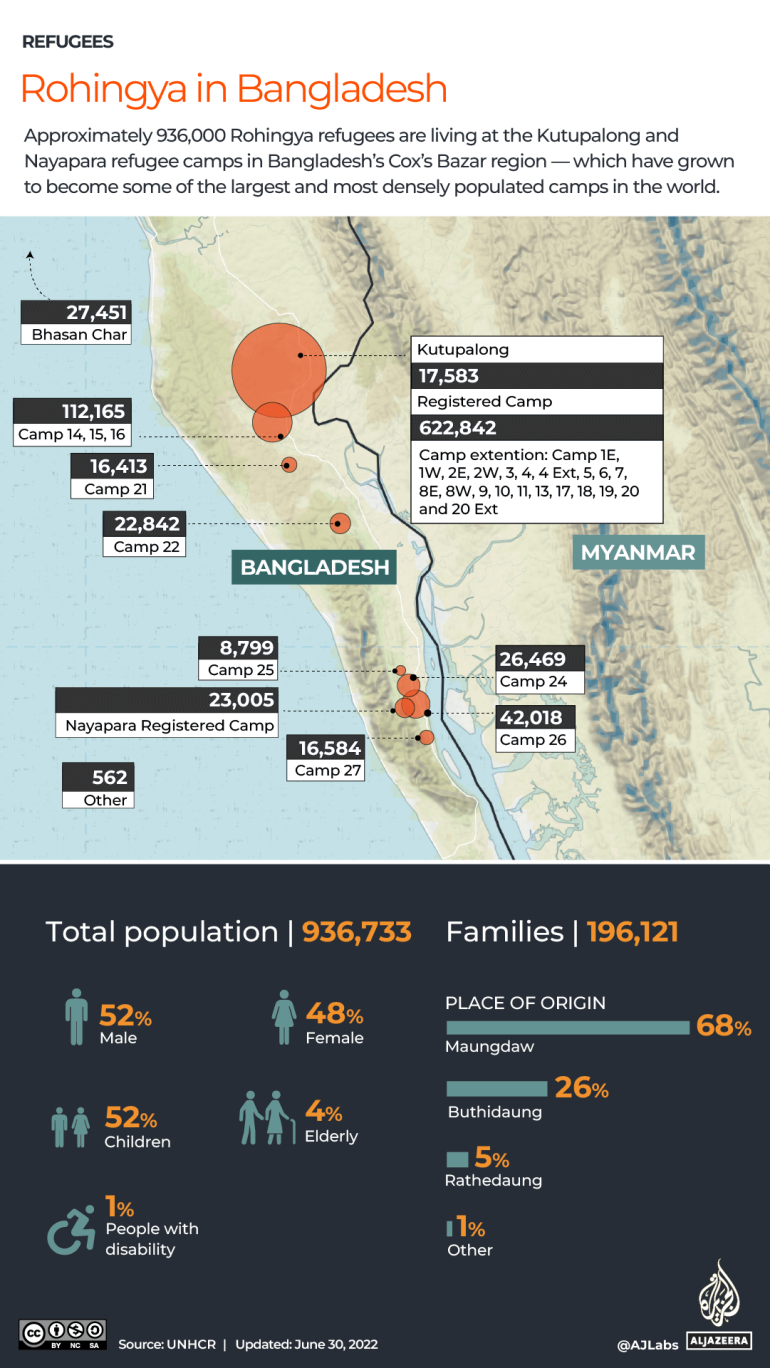 What has happened in Bangladesh?

Will there be justice?