The first ship carrying humanitarian food aid to Africa from Ukraine since Russia’s invasion began in February has departed from the country’s Black Sea port of Pivdennyi, the Ukrainian government has announced.

The United Nations-chartered Brave Commander, which is loaded with 23,000 tonnes of wheat, departed for Djibouti on Tuesday with supplies destined for consumers in Ethiopia, Ukraine’s infrastructure ministry said in a statement.

The ministry said it was working with the UN on increasing “food supplies for the socially vulnerable sections of the African population” as concerns mount over a global food crisis caused by Moscow’s war on Ukraine.

Ukraine’s Minister of Infrastructure Oleksandr Kubrakov said the Brave Commander was expected to arrive in the Horn of Africa in two weeks.

🛳 BRAVE COMMANDER left the Pivdennyi Sea Port. I’m thankful to @UN and @WFP for your support & all the hard work you have done. The cargo ship is expected to arrive to 🇪🇹 in two weeks. #BlackSeaGrainInitiative pic.twitter.com/qyVjKftDf3

Ukraine’s grain exports have slumped due to Russia’s blockade of the country’s Black Sea ports, driving up global food prices and sparking fears of shortages in Africa, Asia and the Middle East.

Ukraine’s ports were reopened last month following a deal between Moscow and Kyiv, brokered by the UN and Turkey, which has made it possible for Ukraine to export hundreds of thousands of tonnes of grain, other food supplies and fertilisers to global buyers.

A total of 21 ships have left Ukrainian ports under the deal so far, according to Turkey’s defence ministry.

The World Food Programme (WFP) on Tuesday warned the world still faces an unprecedented food crisis despite the reopening of Ukraine’s Chornomorsk, Pivdennyi and Odesa ports, saying up to 50 million people in 45 countries are on the edge of famine.

“It will take more than grain ships out of Ukraine to stop world hunger, but with Ukrainian grain back on global markets we have a chance to stop this global food crisis from spiraling even further,” WFP Executive Director David Beasley said in a statement.

The shipment of 23,000 metric tons of wheat grain will go to WFP’s humanitarian response in the #HornofAfrica where the threat of famine stalks the drought-hit region.

Beasley’s remarks came as Ukraine’s deputy infrastructure minister Yuriy Vaskov said that the country can export three million tonnes of grain from its ports in September and may in the future be able to export four million tonnes monthly.

Vaskov said that Kyiv had received applications for 30 ships to come to Ukraine in the next two weeks to transport grain, while the total export volume so far was about 600,000 tonnes.

Despite the reopening of the Black Sea ports, Ukraine’s grain exports are down 46 percent year-on-year to 2.65 million tonnes so far in the 2022/23 season, the agriculture ministry said this week. Ukraine exported 948,000 tonnes of grain in the first half of August, down from 1.88 million tonnes in the same period last year, according to the ministry. 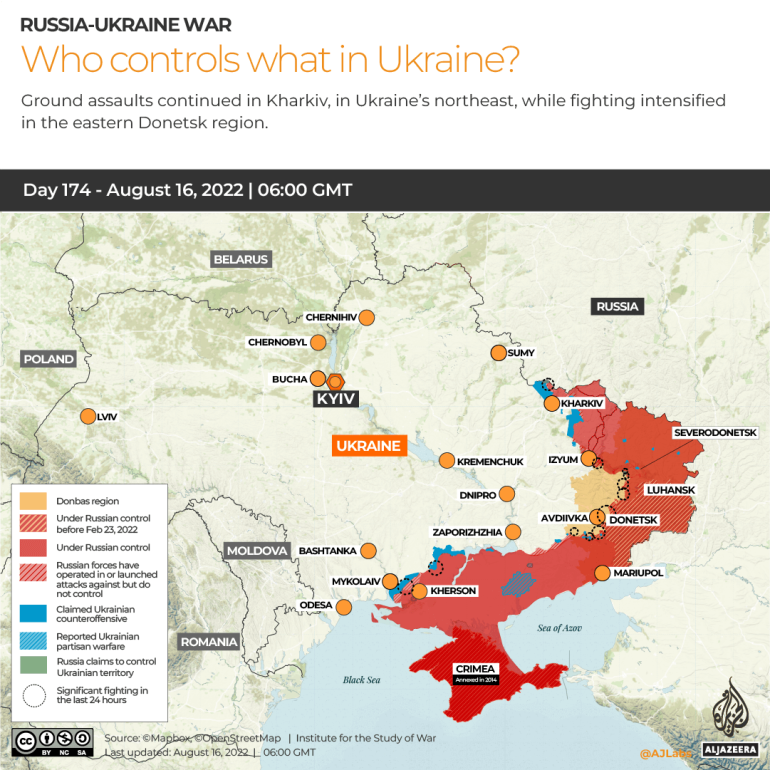