Ukraine has denounced French President Emmanuel Macron after he suggested it is imperative that Russia is not humiliated in its war to keep the door open for good diplomatic relations between the West and Moscow whenever the conflict ends.

His stance has been repeatedly criticised by some Eastern and Baltic partners in Europe, as they see it as undermining efforts to push Putin to the negotiating table.

The French president said his Russian counterpart made a “historic and fundamental” error in invading Ukraine, but it was essential “not [to] humiliate Russia so that the day the fighting stops, we can build a way out through diplomatic channels”.

Macron said France’s role had to be that of “a mediating power“, stressing he put “time and energy” into ensuring the conflict did not escalate into a wider war.

“I have lost count of the conversations I have had with Vladimir Putin since December,” Macron said. They amounted to 100 hours’ worth, he added, which were “at the request of” Ukraine’s president, Volodymyr Zelenskyy.

Kuleba responded on Twitter: “Calls to avoid humiliation of Russia can only humiliate France and every other country that would call for it. Because it is Russia that humiliates itself. We all better focus on how to put Russia in its place. This will bring peace and save lives.”

Calls to avoid humiliation of Russia can only humiliate France and every other country that would call for it. Because it is Russia that humiliates itself. We all better focus on how to put Russia in its place. This will bring peace and save lives.

Macron has spoken with Putin regularly since the invasion as part of efforts to achieve a ceasefire and begin a credible negotiation between Kyiv and Moscow, although he has had no tangible success to show for it.

Russia’s invasion of Ukraine passed the 100-day mark on Friday with little sign of the war ending amid heavy fighting in the eastern city of Severodonetsk.

Asked about the mediation offer, Ukrainian presidential adviser Mykhailo Podolyak said there was “no point in holding negotiations” with Russia until Ukraine received new weapons from the West and pushed Russian forces back “as far as possible to the borders of Ukraine”.

Russia now occupies about one-fifth of Ukrainian territory at a time Kyiv is receiving more powerful weapons from the West.

“Our armed forces are ready to use [the new weapons] … and then I think we can initiate a new round of talks from a strengthened position,” David Arakhamia, Ukrainian lawmaker and a member of the negotiation team, said on Friday.

Among other things, the United States will give Ukraine precision HIMARS rocket systems allowing it to hit Russian positions from a longer range.

Moscow has said the Western weapons will pour “fuel on the fire”, but will not change the course of what it calls a “special military operation” to disarm Ukraine and rid it of nationalists.

Putin, in comments about a US decision to send new arms to Ukraine, said Russia was easily coping and was already destroying American-supplied weapons, state-run news agency RIA reported on Saturday.

“Our anti-aircraft systems are crunching them like nuts. Dozens have been destroyed,” Putin said.

Although the exact kind of weapon was not clear, Russia says it has destroyed both aircraft and missiles fielded by Ukraine. 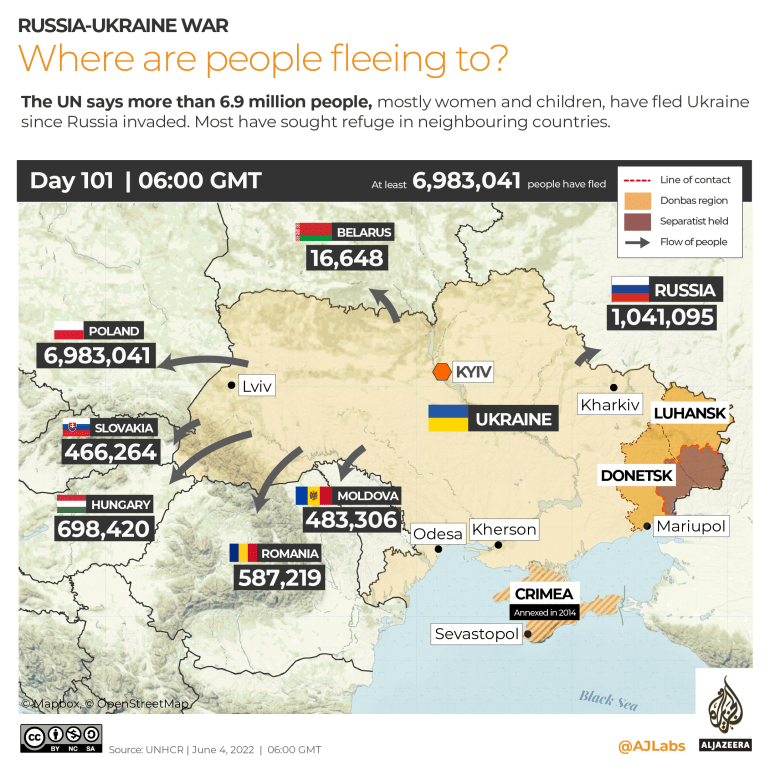