A Ukrainian court has sentenced two captured Russian soldiers to more than 11 years in jail each for shelling a civilian area in the country’s east amid Moscow’s offensive.

Tuesday’s sentencing of Alexander Bobikin and Alexander Ivanov is the second verdict handed down in war crimes trials held by Ukraine since the start of Russia’s invasion in late February.

Bobikin and Ivanov, who watched proceedings at the Kotelevska district court in central Ukraine from within a reinforced glass box, both pleaded guilty last week to “violating the laws and customs of war”.

“The guilt of Bobikin and Ivanov has been proven in full,” Judge Evhen Bolybok said. There was no immediate response to the judgement from Moscow.

The pair had acknowledged being part of an artillery unit that fired at targets in Ukraine’s northeastern Kharkiv region from the neighbouring Belgorod region in Russia.

The shelling destroyed a school in the town of Derhachi but caused no casualties, prosecutors said. Bobikin and Ivanov, described as an artillery driver and a gunner, were allegedly captured after crossing the border and continuing the shelling.

Prosecutors had asked the court to jail the Russian service members for 12 years, while their defence asked for leniency, saying the two soldiers had been following orders and repented.

Shishimarin was accused of shooting 62-year-old Oleksandr Shelipov in the head in Ukraine’s northeastern Sumy region in the early days of the war. His lawyer has said an appeal will be lodged against the verdict.

Many more such trials are expected in both Ukraine and Russia, which has routinely denied that its forces have targeted civilians or carried out war crimes and is thought to be preparing for its own hearings for captured Ukrainian soldiers.

Ukraine’s Prosecutor General’s Office has said it is investigating more than 14,000 cases of alleged war crimes carried out by Moscow’s troops.

More than 4,000 civilians, including dozens of children, have been killed in Ukraine since President Vladimir Putin launched Russia’s offensive, according to the United Nations.

The toll includes numerous suspected victims of war crimes in areas currently or previously occupied by Russian forces, such as Mariupol and Bucha.

The UN has said it believes that the true figure for civilian casualties is likely “considerably higher”, with ongoing hostilities making efforts to count the dead difficult and many reports of killings still pending corroboration. 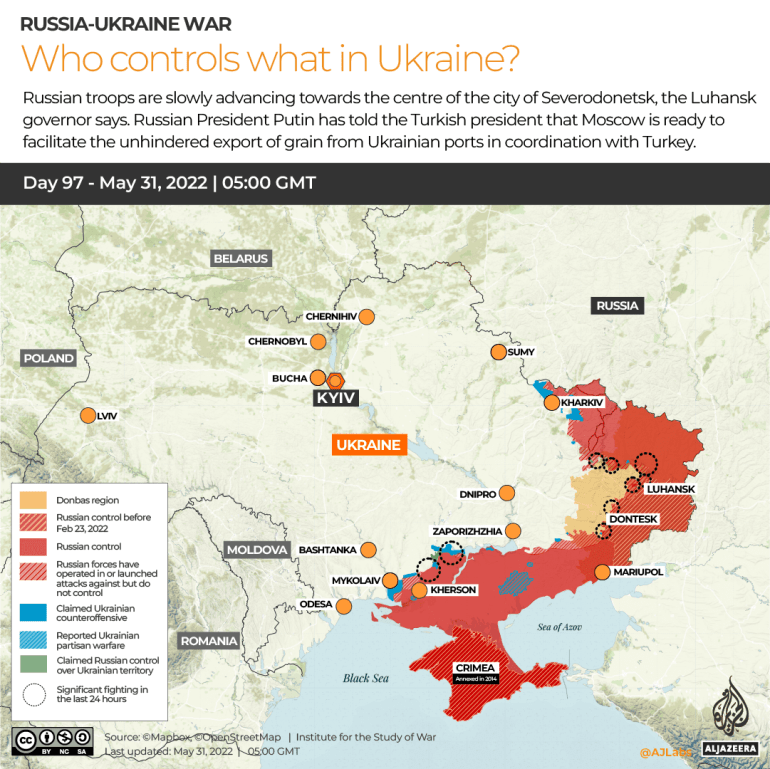