The World Health Organization (WHO) has declared monkeypox a “public health emergency of international concern”.

The WHO label is designed to sound an alarm that a coordinated international response is needed and could unlock funding and global efforts to collaborate on sharing vaccines and treatments.

At least 16,836 confirmed cases and five deaths have been reported from 74 countries or territories since the start of 2022.

What is monkeypox and what are its symptoms?

Monkeypox is a usually mild virus that causes fever as well as a bumpy rash. It is mostly transmitted to people from wild animals but human transmission is also possible.

The virus is most common in remote parts of Central and West Africa.

According to WHO, symptoms of monkeypox typically include: 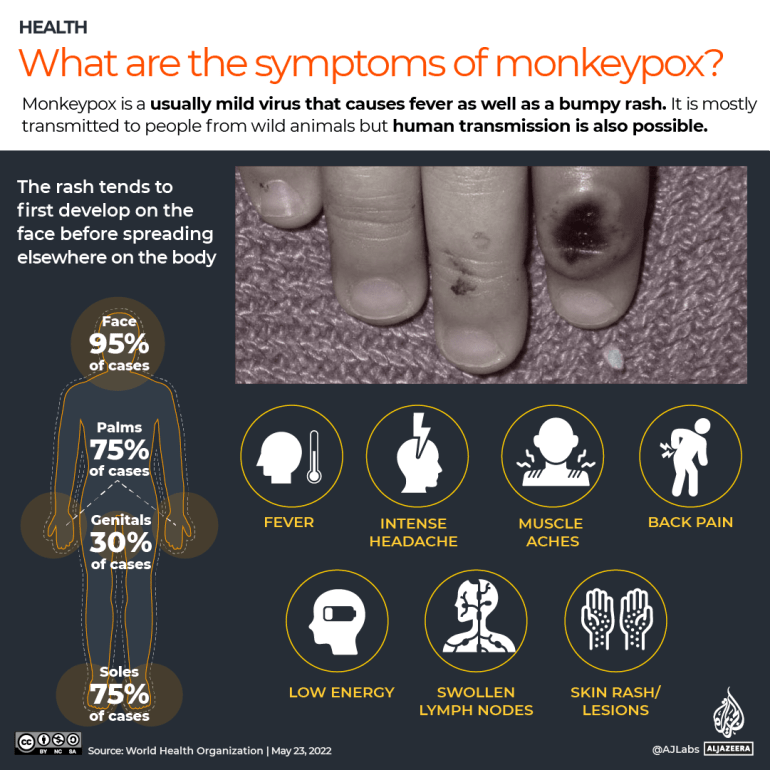 The rash tends to first develop on the face before spreading elsewhere on the body, including on the soles of feet and palms of hands. They can also be found on the mouth, genitals and eyes.

Symptoms typically last between two to four weeks, with most people recovering from the illness without treatment. Newborns, children and people with underlying immune deficiencies may be at risk of more serious symptoms and death from monkeypox.

How does monkeypox spread?

Monkeypox is transmitted to humans through close contact with an infected person or animal, or with material contaminated with the virus.

The rash, bodily fluids and scabs are particularly infectious. Clothing, bedding, towels or objects like eating utensils that have been contaminated with the virus from contact with an infected person can also infect others. 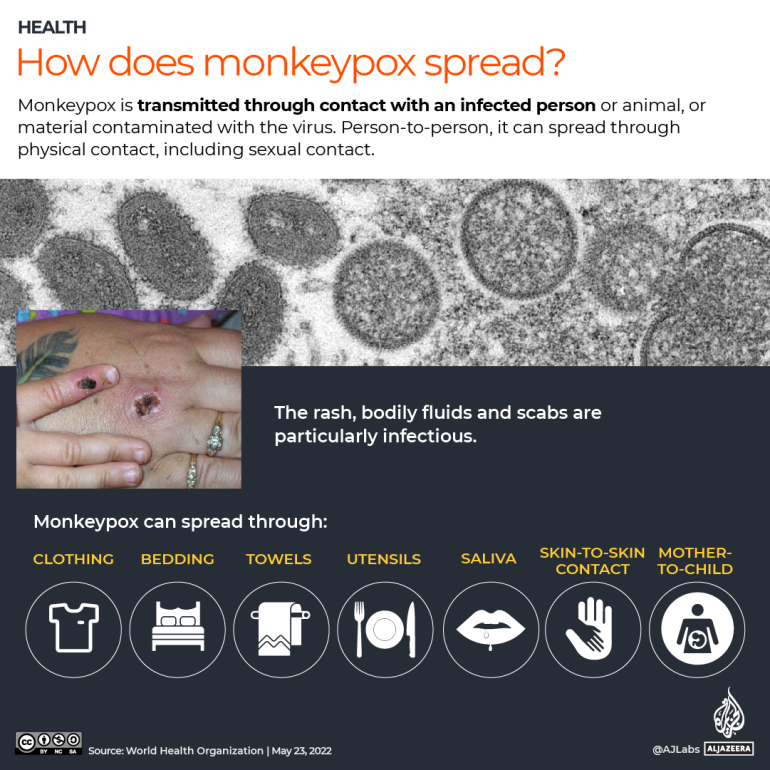 Ulcers, lesions or sores in the mouth can also be infectious, meaning the virus can spread through saliva. People who closely interact with someone who is infected, including health workers, household members and sexual partners, are therefore at greater risk for infection.

The virus can also spread from someone who is pregnant to their fetus, or from an infected parent to a child during or after birth through skin-to-skin contact.

It is not clear whether infected people whose symptoms are not showing yet can spread the disease.

In most cases, monkeypox symptoms resolve on their own without the need for treatment.

For those who are infected, it is important to take care of the rash or sores by letting them dry out if possible or covering them with a dressing to protect the area. Both infected and uninfected people should avoid touching any sores.

Mouth rinses and eye drops can be used as long as cortisone-containing products are avoided. Vaccinia immune globulin (VIG) may be recommended for severe cases. An antiviral, known as tecovirimat or TPOXX, can also be used to treat monkeypox. 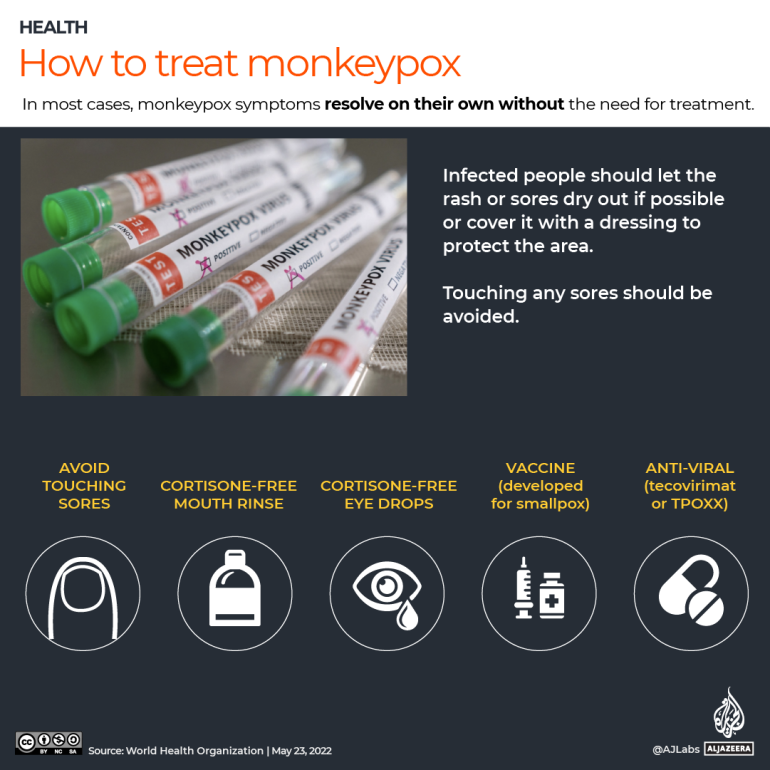 Although it causes a less serious illness, monkeypox is in the same family as smallpox.

There are several vaccines available for the prevention of smallpox that also provide some protection against monkeypox.

In 2019, a newer vaccine – MVA-BN, also known as Imvamune, Imvanex or Jynneos – was approved for use against smallpox although it is not yet widely available.