The UN Human Rights Council has approved an investigation into possible war crimes by Russian troops in Ukraine.

Members of the council voted 33 to two on Thursday in favour of a resolution brought forward by Kyiv to order a Commission of Inquiry to probe alleged atrocities in several regions around the Ukrainian capital that were temporarily held by Russian troops.

China was one of the two members to vote against Thursday’s resolution. The other was Eritrea. Twelve member states, including Cuba, Kazakhstan, India, Pakistan, Uzbekistan and Venezuela, abstained from the vote.

The Human Rights Council has voted to increase scrutiny on the "deteriorating human rights situation in #Ukraine stemming from the Russian aggression," particularly given events in #Mariupol and several other towns and cities.

Moscow’s ambassador to the UN in Geneva, Gennady Gatilov, criticised the council’s decision.

“Instead of discussing the true causes that led to the crisis in this country and looking for ways to resolve them, the ‘collective West’ is organising another political route to demonise Russia,” the Reuters news agency quoted Gatilov as saying in an emailed statement.

Chinese ambassador Chen Xu also complained of the “politicisation” of the Council, saying the resolution could “add fuel to fire”.

The UN’s top rights body also called on Russia to immediately allow humanitarian workers access to civilians taken from Ukraine to Russia, following accusations from Ukrainian mayors, local officials and citizens about people being moved across the border against their will. 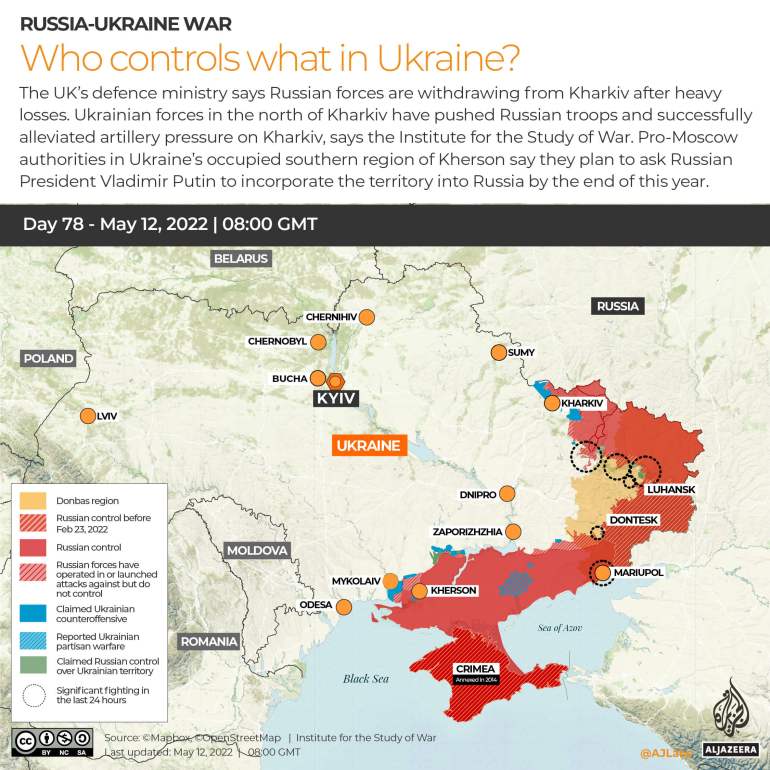 ‘The scale of unlawful killings is shocking’

Russia, which has denied carrying out abuses in what it calls its “special military operation” in Ukraine, withdrew from the 47-member Council last month.

That move came after the UN General Assembly voted to suspend Moscow from the body and from sitting in judgement of other nations’ human rights records over allegations of rights violations in Ukraine.

A Russian delegation could still have joined Thursday’s session as an observer but Moscow chose not to send representatives.

Addressing the council earlier, the UN’s High Commissioner for Human Rights, Michelle Bachelet, said there were many examples of possible war crimes committed by Russian troops in Ukraine.

“The scale of unlawful killings, including indications of summary executions in areas to the north of Kyiv, is shocking,” she said, adding that 1,000 bodies had been recovered so far in the region around the Ukrainian capital.

The Kremlin has argued, without providing evidence, that images of dead civilians on the streets of towns such as Bucha were staged to discredit its forces.

Moscow withdrew its troops from areas around Kyiv in early April and refocused its offensive on Ukraine’s eastern Donbas region, where Russia-backed separatists have held swaths of territory since early 2014.