Russia is the “most direct threat” to the international order because of its invasion of Ukraine, European Commission President Ursula von der Leyen said on Thursday in Tokyo, Japan.

Russia “is today the most direct threat to the world order with the barbaric war against Ukraine, and its worrying pact with China”, she said after meeting Japanese Prime Minister Fumio Kishida along with European Council President Charles Michel.

The top European Union officials are in Tokyo for an annual round of talks that comes with much of the international community rallying to pressure Moscow over the Ukraine war and concern also growing about China’s role.

“Russia’s invasion of Ukraine is not just a matter for Europe, but it shakes the core of the international order, including Asia. This must not be tolerated,” said Kishida, whose government has joined tough sanctions on Moscow, including on energy.

Beijing’s increasingly muscular stance in Asia was also on the agenda with the EU looking to take a more high-profile role in confronting China.

“Our cooperation in Ukraine is critical in Europe, but it’s also important in the Indo-Pacific and we also want to deepen our consultation on a more assertive China,” said Michel.

“We believe that China must stand up to defend the multilateral system that it has benefitted from in developing its country.”

Russian President Vladimir Putin has promised to finish what he called the “special military operation” to seize territory from Ukraine, which Moscow considers historically to be Russian. He blamed NATO nations and their allies for instigating the battle currently under way in Ukraine.

Thousands of people have been killed since the war was launched on February 24 and millions displaced.

The UN human rights chief said on Thursday 1,000  bodies had been recovered in the area of the Ukrainian capital Kyiv in recent weeks, adding many of the violations it is verifying since the Russian invasion may amount to war crimes.

“The scale of unlawful killings, including indicia of summary executions in areas to the north of Kyiv, is shocking,” Michelle Bachelet told the Geneva-based Human Rights Council via a video address.

Von der Leyen said the EU and Japan were stepping up cooperation including with the launch of a digital partnership, a first for Europe, which will focus on competitiveness and security in the field.

She said the two sides would also work to “diversify and strengthen our supply chains”.

“This is important because there are materials and technologies that have become essential to our economy and everyday lives, like semiconductors for example,” von der Leyen said.

“We must be able to count on trustworthy supply chains.” 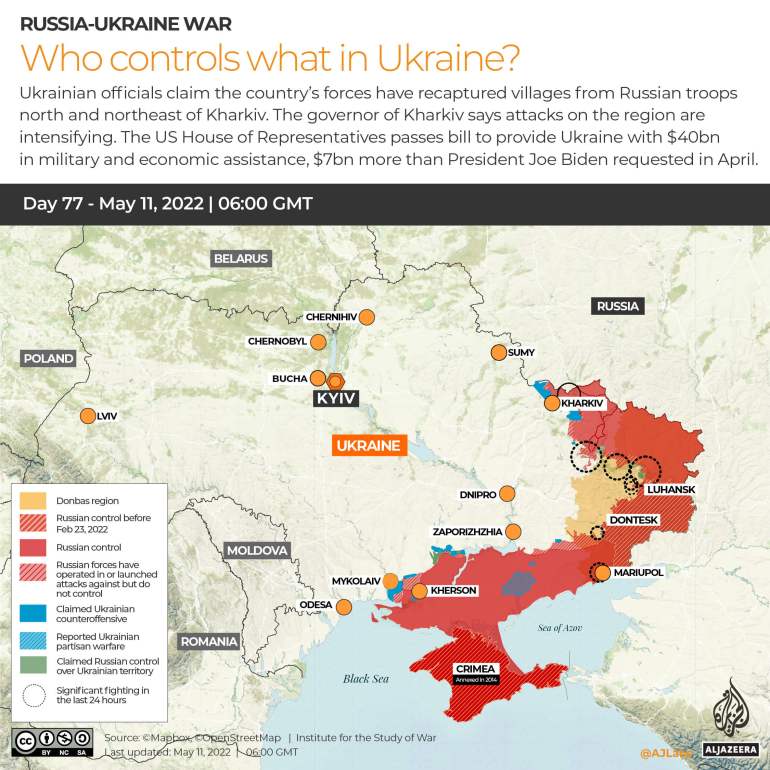