The climate commitments of global energy giants lack credibility as they rely on costly technologies that have yet to be proven at scale, according to a report published by Carbon Tracker.

The non-profit think tank that researches the effect of climate change on financial markets noted on Thursday that despite a spate of new targets set by the top 15 global energy firms, most are still not pledging an absolute cut in emissions.

It found so far that only four of the firms have made pledges that include a reduction in the emissions generated by the use of their products, such as burning gasoline in cars.

And just four have set 2030 reduction targets, which are important in driving quick progress and evaluating developments.

“Setting appropriate targets is just the first step,” said Carbon Tracker in its 2022 report on the energy industry.

“The approach to achieving emissions reductions must be credible to ensure that both stated reductions occur and that shareholders’ exposure to transition risks are not increased,” it added. 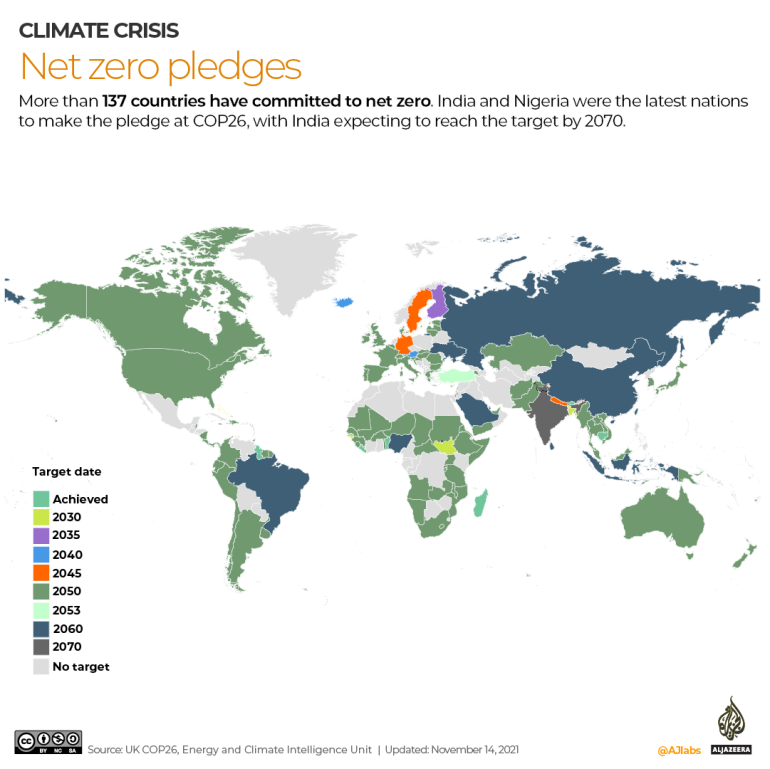 The think tank developed a set of criteria based on how energy firms intend to achieve reductions with the group finding that winding down existing assets is the best way to reduce the climate impact as well as risks to investors.

The report criticised using asset divestment as a method as the carbon footprint of the selling firm is reduced, but in reality, the pollution is usually just shifted to the new owner who may even operate them in a less responsible manner.

Countries have less than three years to reduce the rise of planet-heating carbon emissions, and less than a decade to cut them almost in half to ensure a “liveable future”, according to a recently published UN Intergovernmental Panel on Climate Change (IPCC) report.

Nearly 200 nations agreed to adopt the Glasgow Climate Pact at the 26th Conference of the Parties (COP) in Scotland last November. Countries committed to a climate deal to cut greenhouse gas emissions to stop planetary warming from exceeding 1.5C (2.7F).

The agreement received criticism as it failed to set tougher goals to battle the rising temperatures. Increased temperature beyond 1.5C (2.7F) would create climate catastrophes ranging from extreme high sea levels to wildfires that have been on the rise in the past years.

Current emissions set humanity on track to reach some 3.2C (5.8F) increased temperature by the end of the century, scientists say.

The report criticised undue reliance on emissions mitigation technologies (EMTs) to reduce emissions while continuing to invest in new production.

“The level of achievable emissions reductions from such technologies remains uncertain, their deployment should be reserved for the hardest to abate sectors rather than being squandered on ‘creating space’ for oil and gas production that can be readily substituted by renewables,” it said.

All but one of the 15 firms plans to use EMTs.

Meanwhile, third-party offsets do not always result in net reductions as some projects to plant or replant forests might have happened anyway, it added.

Moreover, vast amounts of land would be needed to offset energy emissions, which could displace other land use.

At the top of Carbon Tracker’s ranking is Italian firm Eni, which targets a 35-percent reduction by 2030, taking into account all of its production as well as downstream use of third-party crude.

At the bottom is United States giant ExxonMobil, which has set a 2050 net-zero goal but only for its operations and not the products it sells.