Chancellor Olaf Scholz on Sunday rejected criticism that Germany was not supporting Western efforts to supply Ukraine with heavy weapons, saying he would rather be cautious in his decision-making.

Scholz is under pressure at home and abroad to help Ukraine repel Russia’s invasion by supplying Kyiv with heavy arms such as tanks and howitzers and supporting an immediate European Union embargo on Russian energy imports to strip President Vladimir Putin of hard currency that helps him finance the war.

“I take my decisions fast and in concert with our partners,” Scholz told the Bild am Sonntag newspaper in an interview. “I find hasty actions and maverick German efforts questionable.”

On April 26, Germany announced its first delivery of heavy weapons to Ukraine after weeks of pressure at home and abroad to do so amid confusion over its stance.

The German government, which is also racing to reduce its heavy reliance on imported Russian energy, approved the delivery of Gepard tanks equipped with anti-aircraft guns.

The move was backed by 55 percent of Germans who, in an opinion poll, said Europe’s biggest economy should supply Ukraine with such arms.

However, the decision did not help reverse public perception of Scholz as being indecisive and lacking leadership. An opinion poll published in Bild am Sonntag showed 54 percent were unsatisfied with Scholz’s handling of the crisis. His approval rating fell to 32 percent, the poll showed.

Critics, including Ukraine’s ambassador to Germany, have accused Berlin of dragging its heels on giving heavy weapons to Ukraine and on other measures that could help Kyiv repel Russian forces, such as an embargo on Russian energy imports.

They have said Berlin is not showing the leadership expected of a major power and its hesitations – amid concerns about the economic effect in Germany of barring supplies of Russian gas – are costing Ukrainian lives.

Scholz has had to balance their demands with those of left-leaning members of his party who say delivering heavy weapons to Ukraine risks provoking a Russian military response in a third country and sparking a broader conflict.

Scholz, a Social Democrat whose party long championed rapprochement with Russia after World War II, warned of the risk of Moscow perceiving Germany as a party to the conflict, which could lead to a “third world war”.

Moscow calls its actions a “special military operation” to disarm Ukraine and rid it of anti-Russian nationalism fomented by the West. Ukraine and the West say Russia launched an unprovoked war of aggression. 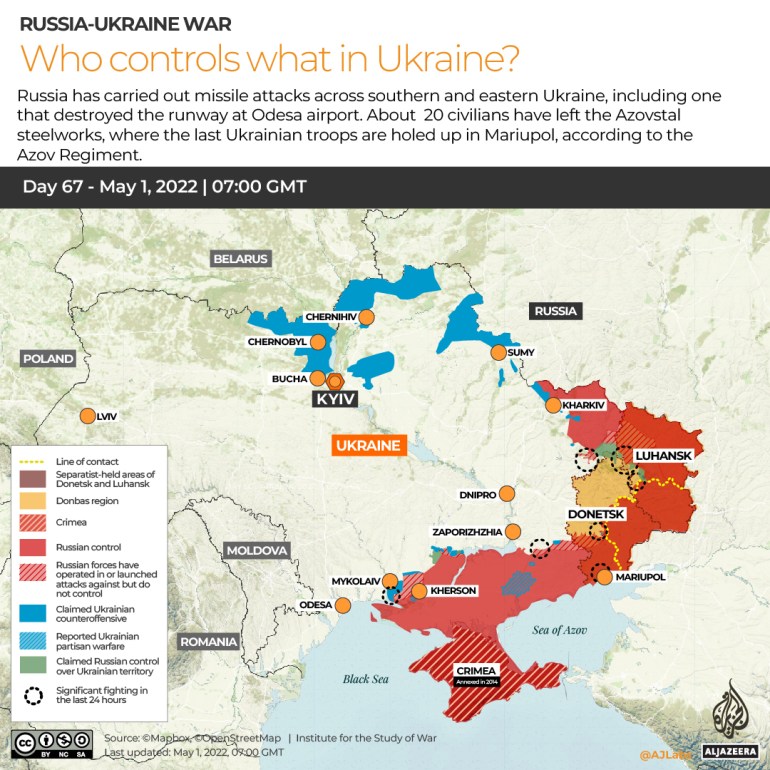