Gambians have gone to the polls to vote for a new National Assembly in an election set to consolidate a young democracy.

Polls opened at 8am (08:00 GMT) and will close at 5pm (17:00 GMT) for the election of 53 legislators for a five-year term, with incumbent President Adam Barrow picking five others, including the parliament’s president. Results are expected on Sunday.

About 40 Economic Community of West African States (ECOWAS) observers are deployed across seven administrative regions to monitor the electoral process in The Gambia, a tiny country almost entirely enveloped by Senegal.

Barrow rose to power in 2017 after winning the presidential election that marked the end of Yahya Jammeh’s rule with the latter fleeing the country following a military intervention led by ECOWAS. In December last year, Barrow was re-elected president in what was largely seen as a test for democratic stability in Africa’s smallest country.

“The likelihood is that [Barrow] will take the majority of the house and be able to draw from the support of splinter actors, such as independent candidates,” said Jeggan Johnson of the Open Society Foundation’s Africa Governance Monitoring and Advocacy Project.

If such a scenario materialises, Barrow could win two-thirds of parliament with major implications, Johnson added.

Barrow faces a fragmented and unpopular opposition which may work in his favour.

Ousainou Darboe, leader of the main opposition party, the United Democratic Party (UDP), has lost the past presidential elections and his party, Johnson argued, has failed to shake off the perception that it represents the Mandinka ethnic group, the second largest in the country. 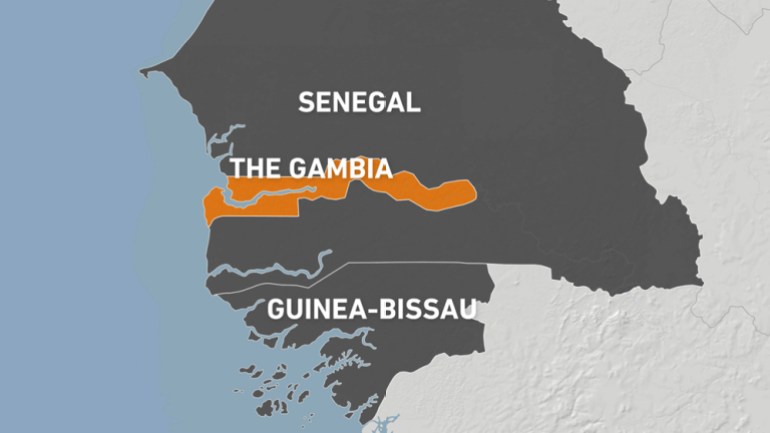 Experts also predict a low turnout on Saturday due to a sense of apathy and distrust among the population that is too focused on finding a way to survive during a crippling economic crisis.

The Gambia is among the world’s 15 least-developed countries in the world, according to the United Nations (PDF).

Tourism, the backbone of the country’s economy, was squashed by the coronavirus pandemic, putting at risk the nearly 140,000 people involved in the sector. To further exacerbate the situation, Russia’s invasion of Ukraine triggered a hike in fuel and food prices across West Africa, including The Gambia.

Adama Gaye, a political analyst specialising in West Africa and former director of information of ECOWAS, believes that the economy is going to be Barrow’s “main challenger” in the legislative elections.

“These shocks from outside have not been helpful to Barrow,” said Gaye. “Since he has been re-elected, the economy has been worsening so [the population] may blame it on him.”

Gaye added that issues related to sovereignty could haunt the president and deliver more votes to opposition candidates.

“Some Gambians feel the need to re-assert their country’s sovereignty over Senegalese and hence give a signal to Mr Barrow, making him understand that either he distances himself from Senegal or they will challenge him at the elections,” Gaye added.

The reference is to the ongoing hostilities between Senegal’s breakaway region of Casamance pushing people to cross over and seek refuge in The Gambia.