Israeli Prime Minister Naftali Bennett granted “all security forces full freedom” of operations in a bid to curb a surge in attacks in Israel.

The move on Friday came after a Palestinian man killed three people and wounded 16 others in a crowded Tel Aviv entertainment area the night before.

“There are not and will not be limits for this war,” Bennett said. “We are granting full freedom of action to the army, the Shin Bet [domestic security agency] and all security forces in order to defeat the terror.”

After an all-night manhunt, Israeli police said they shot dead the Palestinian gunman who opened fire on a street of crowded bars and restaurants.

A Tel Aviv hospital on Friday announced Barak Lufan, 35, who was wounded in the shooting, succumbed to his injuries. The other two who died in Thursday’s shooting were two men – Tomer Morad, 28, and Eytam Magini, 27.

Special forces confronted the Palestinian man in the old city of Yafa – a town that was ethnically cleansed, among others, in 1948 and are home to a minority Palestinian population today – “eliminating the terrorist by exchange of fire”, police commissioner Yaakov Shabtai said.

He was identified as 28-year-old Raad Hazem from the occupied West Bank city of Jenin, where last week Israeli forces killed three Palestinians in a raid.
Al Jazeera’s Hoda Abdel-Hamid, reporting from Tel Aviv, said while more Israeli forces will be seen in the streets of Tel Aviv, Jerusalem, and other Israeli cities, you will “also see more security forces in the occupied West Bank”.

This translates into “more raids, more detentions, and certainly much more restrictions for those Palestinians who cross that separation barrier on a daily basis to get to their jobs inside Israel”, she said.

Hamas, the organisation that governs the besieged Gaza Strip, and the Islamic Jihad group praised the attack, but did not claim responsibility.

About 1,000 heavily armed police and soldiers fanned out across Tel Aviv to track the assailant as residents cowered in restaurant kitchens or their homes.

Defence Minister Benny Gantz said officers made “around 200 arrests”, adding, “If necessary, there will be thousands.”

On Friday, Ichilov Hospital was treating eight wounded people – including one in a critical condition – while eight others with less serious injuries were taken to other hospitals and later discharged.

Mourners lit candles and left flowers outside the bar where the attack took place.

Al Jazeera’s Nida Ibrahim, reporting from Jenin, said Hazem’s family say they only learned about their son’s involvement in the attack from the news.

“While they say they are surprised, they say they can understand why people in Raad’s age and circumstances would do something like that,” Ibrahim said.

Hazem was born and raised in the Jenin refugee camp, which has been viewed by Palestinians as a “stronghold for resistance”.

His father, Fathi Hazem, told Al Jazeera, “The youth have lost hope in everything, no jobs, disorientation, and daily attacks by the Israeli forces. They lost a lot of colleagues, friends, and neighbours.”

He struck a defiant tone earlier as he spoke to hundreds of well-wishers at the family home in Jenin, saying the Palestinian people are demanding “freedom and independence”.

Three other separate attacks by Palestinians since March 22 killed 11 Israelis, in a surge of violence not witnessed in years in Israel. All the Palestinian assailants were shot dead at the scene, either by police or armed Israeli civilians.

At least 28 Palestinians have been killed by Israeli forces since the start of 2022, according to the Palestinian Authority’s health ministry. 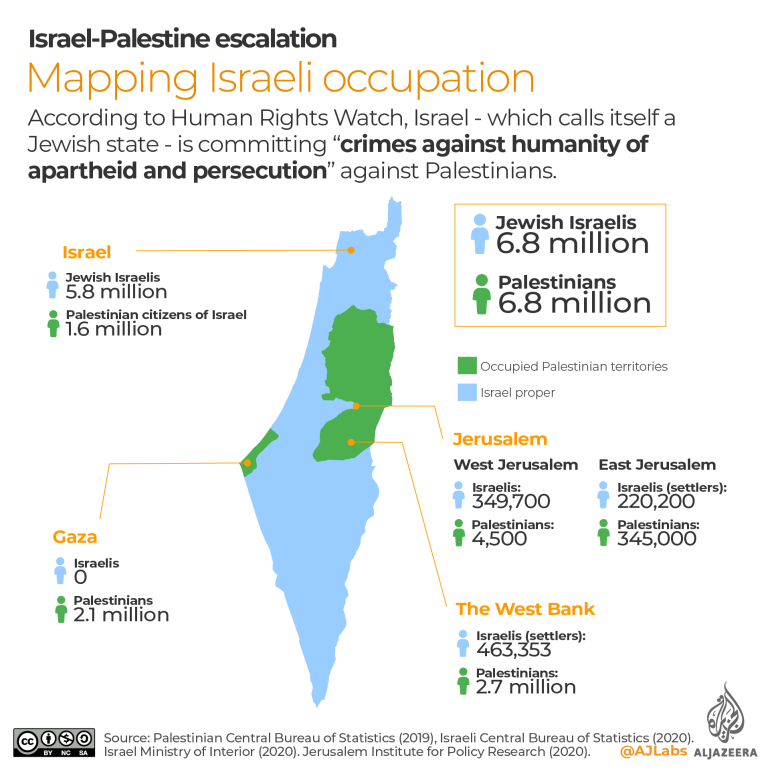 Embattled Palestinian Authority President Mahmud Abbas condemned Thursday’s attack, saying, “the killing of Palestinian and Israeli civilians only leads to a further deterioration of the situation,” according to the official Wafa news agency.

US Secretary of State Antony Blinken said Washington stood with Israel “in the face of senseless terrorism and violence”.

“Deplore the welcoming of the attack by Hamas. There is no glory in terrorism,” Wennesland said.

Israel captured the West Bank in the 1967 Middle East war and has established dozens of illegal settlements where nearly 500,000 settlers reside, often under heavy Israeli military protection. Settler attacks against Palestinians and their property are a regular occurrence in the occupied West Bank, as well as in occupied East Jerusalem.

The Palestinian leadership wants the West Bank as part of a future state and views the illegal settlements as a major obstacle to resolving the longstanding conflict.

The shooting came on the eve of the first Friday prayers of the Muslim fasting month of Ramadan.

Israel only allowed Palestinian women, children and men over 40 from the occupied West Bank to pray at the Al-Aqsa Mosque compound in East Jerusalem on Friday. Tens of thousands attended the prayers, according to authorities.

Several Palestinians said they were turned back by Israeli security forces at the Qalandiya checkpoint outside Jerusalem. The checkpoint divides Jerusalem from Ramallah in the West Bank, and is where Palestinians routinely spend hours attempting to cross. It was built as part of Israel’s separation barrier, deemed illegal by the International Court of Justice.
“We could tie it [the attack] to Ramadan, as the Israelis like to do … but what it is really is this active volcano that keeps erupting,” Marwan Bishara, Al Jazeera’s senior political analyst, said.

Last year, protests took place throughout Ramadan against the illegal eviction of Palestinians from their homes in the East Jerusalem neighbourhood of Sheikh Jarrah.

Confrontations between Palestinian worshippers and armed Israeli soldiers in Jerusalem led to the Israeli forces’ crackdown on the Al-Aqsa Mosque compound – where hundreds of Palestinians were wounded.

The Israeli military also launched an 11-day bombardment campaign on Gaza, killing at least 260 Palestinians, including 66 children. On the Israeli side, 12 people, including two children, were killed.