Correction
Corrects the amount donors agreed to give to 659.5 million euros, not 695 million

European donors, including Germany, France and Romania, have pledged 659.5 million euros ($720m) in aid to Moldova, as the country faces growing challenges due to Russia’s war in neighbouring Ukraine.

German Foreign Minister Annalena Baerbock said at an international donor conference held in Berlin on Tuesday that the allies will mobilise immediate support for Moldova to help the country manage the refugee crisis, address security concerns, and reduce its dependence on Russia.

“This is not a favour to Moldova. This is about us. It’s also about our security. It’s about our common European peace project,” Baerbock said and underlined that EU countries will strengthen their cooperation with Moldova with a long-term perspective.

“Russia’s war is not just an attack on the Ukrainian people. It is also an attack on our rule-based international order, and our values,” she said and condemned Moscow for its threats against the countries in the region.

“All people have the right to decide their own future. No one should be at the mercy of their stronger neighbour. Neither the people of Ukraine, nor the people of Moldova,” Baerbock said.

“We will strengthen Moldova’s resistance also in the financial sphere,” she said. “To this end, we agreed today to support Moldova with loans, budget support and other financial assistance worth 695 million euros.”

French Foreign Minister Jean-Yves Le Drian, who co-hosted the conference, thanked Moldova for opening their borders to refugees fleeing the war in Ukraine and promised that European countries will demonstrate strong solidarity with the country.

“This mobilisation of support will be a success, not only because of our solidarity or generosity, but also because we clearly understand that we have joint interest. Your security is our security,” he stressed. 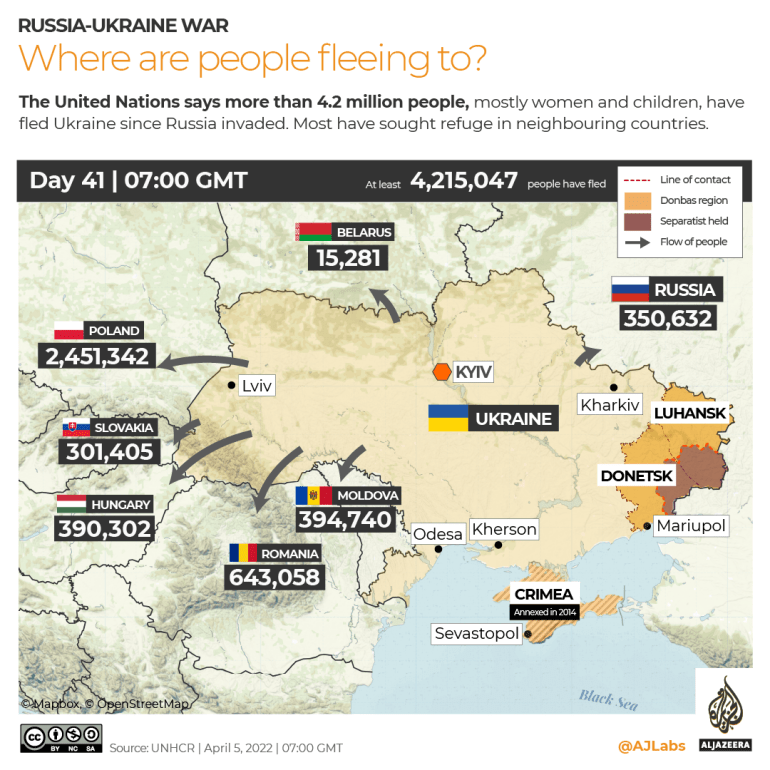 Moldova’s Prime Minister Natalia Gavrilita told the donor conference in Berlin that Moldova is hosting about 100,000 refugees from Ukraine.

“Since the beginning of the war, 400,000 refugees have crossed Moldova’s borders and 100,000 have decided to stay,” she said. “Almost half of them are children, these are vulnerable populations.”

Gavrilita said Moldova, with a population of 2.5 million, has tried to provide refugees with decent conditions thanks to an “unprecedented mobilisation” by the public and private sectors.

But she said “coping with this influx is one of the biggest challenges any Moldovan government has faced over the last three decades.”

She said that in addition to financial aid, Moldova also needs help building electricity interconnectors to Romania. She asked the European Union to open its market to agricultural imports from her country as it pivots away from Russia.

Germany’s Development Minister Svenja Schulze said Moldova was particularly vulnerable during the Russia-Ukraine
conflict because it was almost 100 percent dependent on Russian gas.

Gas prices had risen almost eightfold in the past six months, and inflation had risen to 18 percent, she said.