More than 900 bodies have been found in areas surrounding the Ukrainian capital, Kyiv, following Russian troops’ withdrawal from the area.

On Friday, the police said most people were shot dead and “simply executed”, adding that at least 350 bodies were found in the town of Bucha alone.

Andriy Nebytov, the head of the capital’s regional police force, said the bodies were abandoned in the streets or given temporary burials.

“Consequently, we understand that under the [Russian] occupation, people were simply executed in the streets,” Nebytov said, adding that more bodies were being recovered every day under rubble and in mass graves.

According to Nebytov, utility workers gathered and buried bodies in the Kyiv suburb while it remained under Russian control.

Russian troops, he added, had been “tracking down” people who expressed strong pro-Ukrainian views. 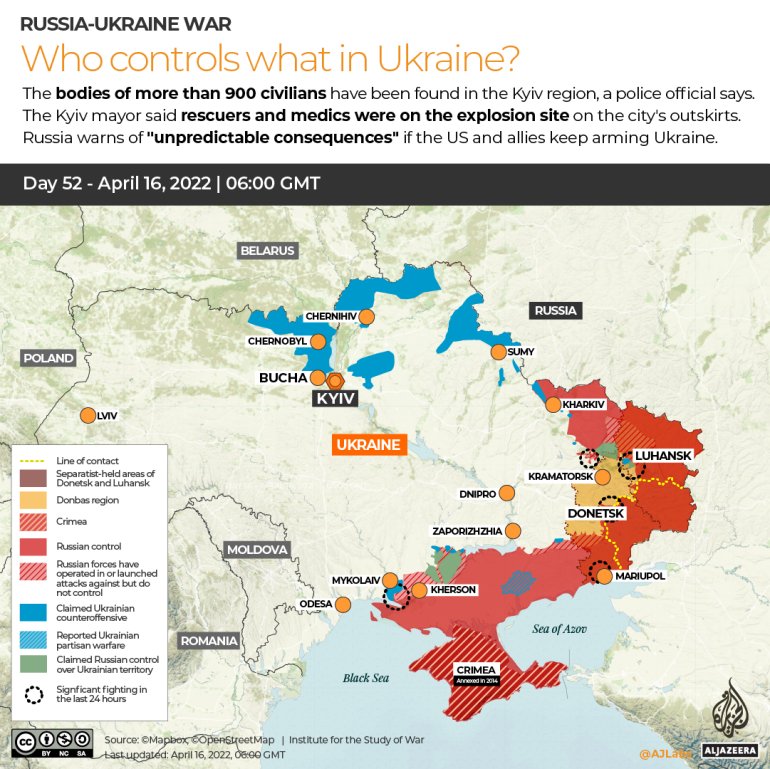 More violence could be in store for residents in and around Kyiv as Russian authorities have pledged to ramp up their offensive in those areas in response to what they say were attacks on Russian territory.

Rescuers and medics were working on the site, he added.