Since the Russian invasion of Ukraine, Finland and Sweden have sought the protection of NATO and are considering a paradigm shift of their respective security policies: the abdication of neutrality and military independence.

In January, Social Democratic Prime Minister Sanna Marin declared in Helsinki that Finland could not be expected to seek NATO membership during the current legislative period. However, Russia’s invasion has laid bare the disadvantages of being a non-member.

While NATO provides Kyiv with a certain amount of help, it has remained reluctant to intervene directly or collectively under Article 5. Finland, similar to Ukraine, is a direct neighbour of Russia, sharing a 1,300km (600-mile) long border.

“Unsurprisingly, Russia’s invasion of Ukraine has been the key factor in pushing Sweden and Finland closer to applying for full membership of NATO.

There are indications both Finland and Sweden are heading towards a genuinely historic change of course in their respective security policies. During the Cold War, Sweden and Finland were essentially considered neutral states, albeit for different reasons.

“Sweden’s neutrality was much more part of their national identity, whereas Finland’s neutrality was more pragmatic and virtually forced upon them by the Agreement of Friendship, Cooperation, and Mutual Assistance signed between Finland and the USSR in 1948,” said Shepherd. 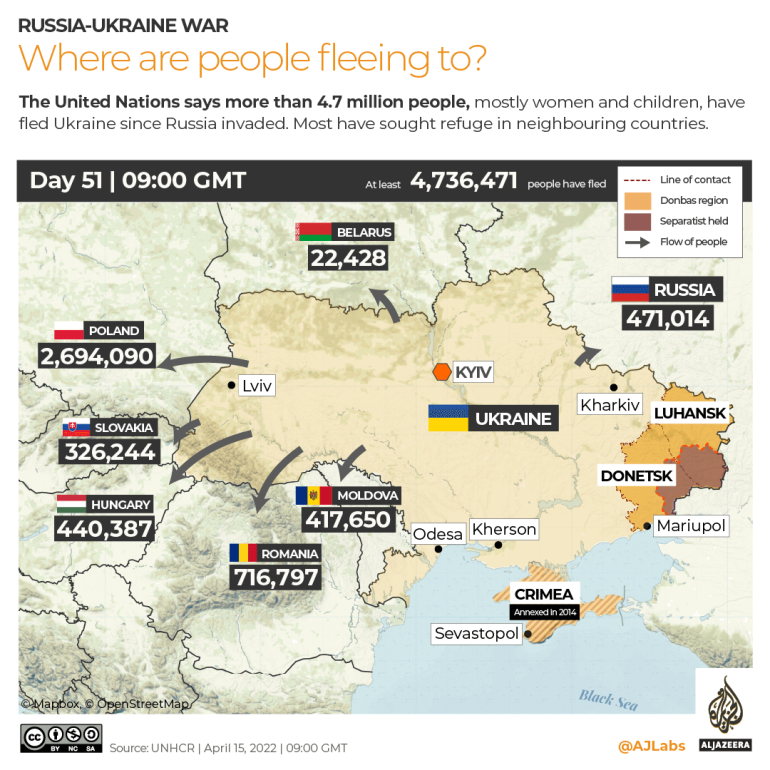 Since the end of the Cold War, both have developed an ever-closer relationship with NATO, especially after joining its Partnership for Peace (PfP) programme in 1994 and the European Union in 1995.

“PfP was designed to offer non-NATO states a way to develop their individual relations to NATO at a pace and to the extent of their own choosing,” said Shepherd.

Despite joining the EU, and more significantly in terms of defence and military policy, both countries continued to position themselves as militarily non-aligned. This effectively meant while they were no longer politically neutral, they formally remained outside of any military alliances.

The latter is seemingly about to change.

Finland is reportedly inclined to decide on NATO membership within weeks. Sweden, meanwhile, faces an election midyear, and it has been somewhat more cautious than Finland where its future is concerned.

The government will want to avoid impulsive security policy changes that would throw decades-old dogmas overboard and thereby alienate its core electorate. However, since Russia’s invasion, public opinion has significantly shifted, making NATO membership for Sweden, as well as Finland, more conceivable than perhaps ever.

“Polling in Finland found 53 percent in favour of NATO membership and 41 percent in Sweden. More recently that has risen further with over 50 percent now in favour in Sweden [rising to 62 percent if Finland joins]. In Finland, 68 percent are in favour of joining NATO [rising to 77 per cent if the government recommends it],” said Shepherd.

Swedish Prime Minister Magdalena Andersson said after a meeting with her Finnish colleague the new security situation would be examined comprehensively and quickly.

In any case, Sweden and Finland are already firmly integrated into NATO structures. Their armies have been cooperating with NATO troops for many years. Finnish and Swedish soldiers participated in the NATO-led operation in Afghanistan, and both have been working closely with the United States on equipment and training since 2015.

“Both countries are what NATO calls ‘Enhanced Opportunity Partners’. These are partners that make very significant contributions to NATO operations and objectives,” Shepherd noted.

‘Russia will not be pleased’

In essence, their memberships would further enhance NATO’s presence and security within the Baltic region. Both Sweden and Finland bring advanced and well-trained militaries into NATO.

“It could create some long-term challenges because having 32 members can slow down or hamper consensus decision-making. It also indicates how far Russia has isolated itself from the rest of the European community,” Alexander Lanoszka, assistant professor in international relations at the University of Waterloo, told Al Jazeera.

NATO Secretary-General Jens Stoltenberg has hinted all gates are wide open, but NATO has not yet officially considered accession. It is only possible once an application has been submitted.

The timetable depends on two factors in particular. For one, the respective governments in Stockholm and Helsinki have to ratify the plan.

“All national parliaments will need to ratify their application to join. It appears that the two governments would rather move quickly than slowly, but these legislative constraints could put on the brakes,” Lanoszka noted.

The second hurdle is admission into NATO. However, major NATO countries have already made it clear they would welcome the admission of Finland and Sweden.

Support comes from the US, Germany, France, the United Kingdom, and Poland. None of the other countries has yet opposed the idea, which is pivotal as all 30 members must agree on an application.

“In the context of the Russia-Ukraine war, it’s likely to be approved quickly and membership fast-tracked to show the unity and strength of the alliance in the face of Russian aggression,” Katharine AM Wright, senior lecturer in international politics at Newcastle University, told Al Jazeera.

“If the applications are made, I’d therefore expect to see membership granted this year.”

However, the inclusion of the two Scandinavian countries in the alliance is not seen without concerns.

Russia will not be pleased, leading Secretary-General Stoltenberg to emphasize at every opportunity it is not NATO that is expanding but that nations possess the option to join the alliance.

Moscow said that if Finland and Sweden joined NATO, Russia would have to strengthen its defences in the region, including by repositioning nuclear weapons.

The Kremlin has been threatening “consequences” for years if Finland and Sweden were to join NATO. President Vladimir Putin’s spokesman recently said Russia would “have to readjust” the balance at the border.

“Russia is attempting to influence Sweden and Finland’s decision, for example, with the claim it will end a nuclear-free Baltic,” said Wright.

“Yet, as the Lithuanian president has pointed out, Russia has long had nuclear weapons storage points in Kaliningrad. If anything, such posturing, is likely to strengthen the case for NATO membership.”

Former Russian President and current Deputy Chairman of the Russian Security Council Dmitry Medvedev said via telegram there should be no more talk about the status of a nuclear-weapon-free zone in the Baltic and the Baltic Sea, alluding to the Kaliningrad exclave between Poland and Lithuania.

Finnish and Swedish membership of NATO would remove the neutrality and non-aligned status of two countries from Europe, moving towards the acceptance of a militarised understanding of security as the primary approach for the West.

However, Putin views Finland and Sweden differently than Ukraine because of their different histories.

Ukraine is seen as part of an imagined “Russian world” by Putin. Sweden and Finland are, therefore, less comparable to Ukraine beyond their proximity to Russia.

“Any Russian incursion into Finland or Sweden, even prior to NATO membership, is unlikely given it would significantly escalate the war,” said Wright.