By Sebastien Billard-Arbelaez and Hanna Duggal

On April 13, the 17th annual North Pole Marathon will take place – the northernmost and coolest marathon on Earth.

The marathon takes place on the Arctic ice floes of Barneo Ice Camp  – a Swiss-owned and Russian-operated drifting camp, which floats around the North Pole. Athletes must endure average temperatures of between -25C to -30C along uneven terrain of solid ice and snow to complete the 4.2km circular route, which they must lap 10 times in order to finish the race.

The first North Pole Marathon took place on April 5, 2002, when Irish runner Richard Donovan made a solo run through the blistering cold, covering the 26-mile (42km)  standard marathon distance in 3:48:12. 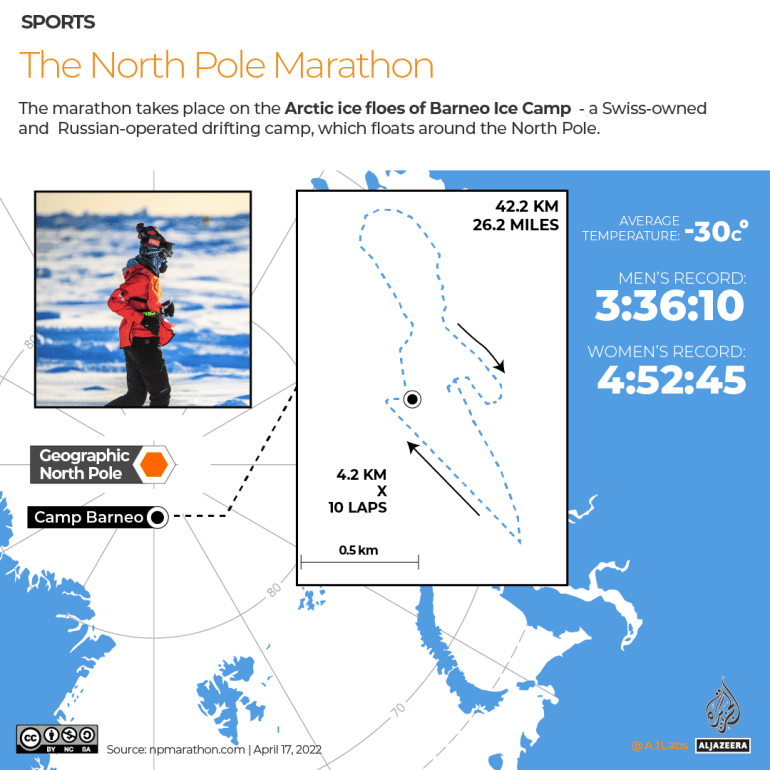 To date, 552 people from 55 countries have completed the event.

The oldest person to complete the marathon is Michel Ribet, who ran the 2016 North Pole Marathon aged 78.

What running a marathon does to your body

During a marathon, a person’s body goes through a number of physiological changes. The average person will burn around 2,600 calories, take about 40,000 steps and lose between three to six litres of sweat during a race.

A person’s body temperature will also increase as heat is generated from muscles creating energy.

According to the Journal of International Medical Research, excessive strain on the discs in the spine results in runners temporarily losing around 1.25cm or half an inch of height during a marathon. But don’t despair, running also increases the release of endorphins and serotonin that can increase mood and wellbeing.

The North Pole Marathon is particularly challenging, given the extreme temperatures. According to race organisers, the best way to prepare for the event is to train in cold, snowy conditions. In cold temperatures, a runner’s performance will be affected by a decrease in muscle strength and an increase in heart rate.

In 2018, Kenyan runner Eliud Kipchoge broke the world record for the fastest marathon time, completing the Berlin Marathon in 2 hours, 1 minute and 39 seconds.

Of the five fastest male marathon runners, three are from Ethiopia and two from Kenya. 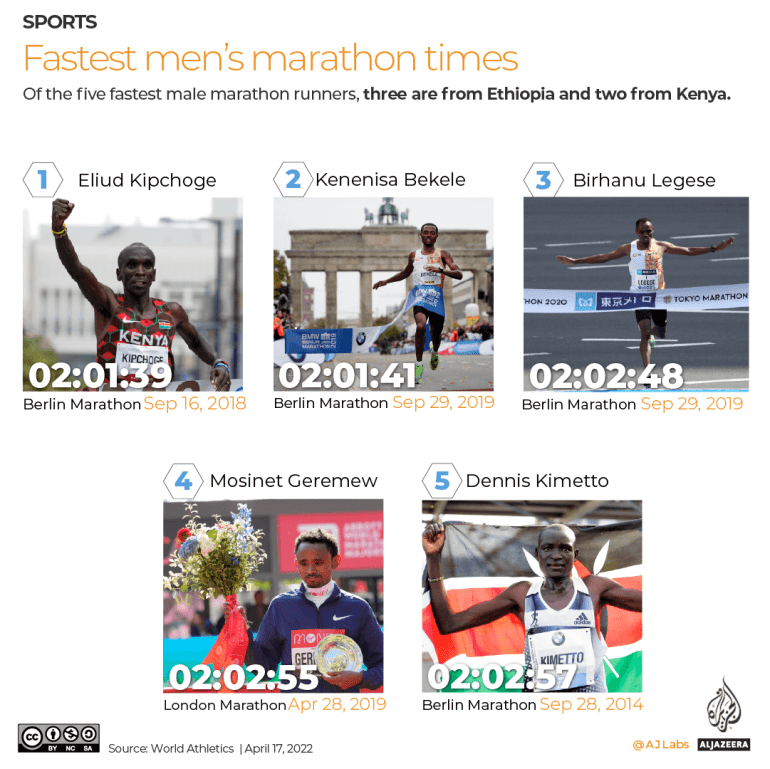 The fastest finishing time for women is held by Brigid Kosgei from Kenya who ran the Chicago Marathon in 2019 in 02:14:04. The 25-year-old broke British marathon runner Paula Radcliffe’s 2003 record of 02:15:25 which Radcliffe held for the London Marathon.

Of the five fastest female marathon runners, four are Kenyan and one is British. 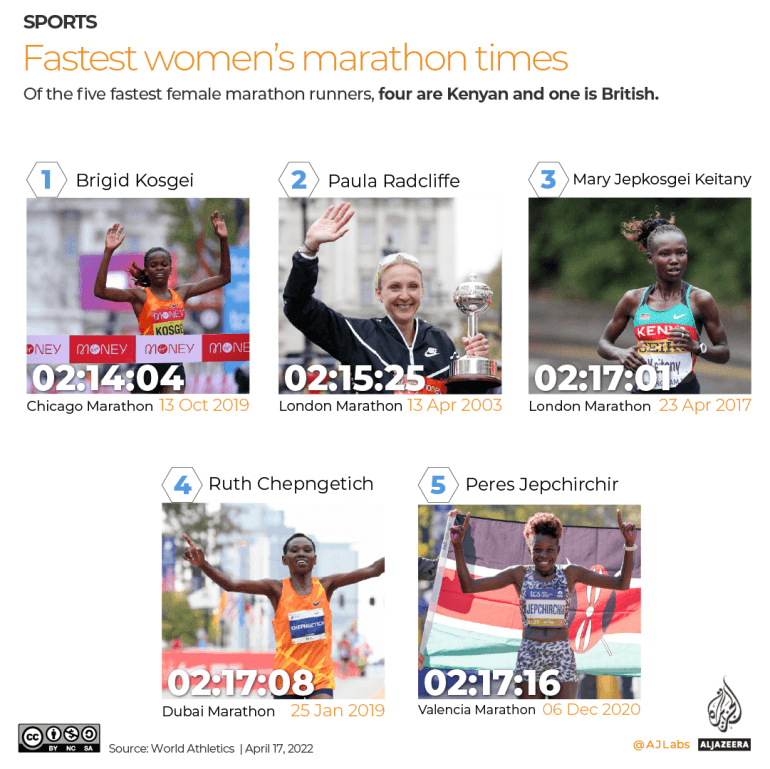 Around 800 marathons are held annually around the world. The largest and most renowned marathons are the six in the World Marathon Majors series consisting of Tokyo, Boston, London, Berlin, Chicago and the New York Marathon. 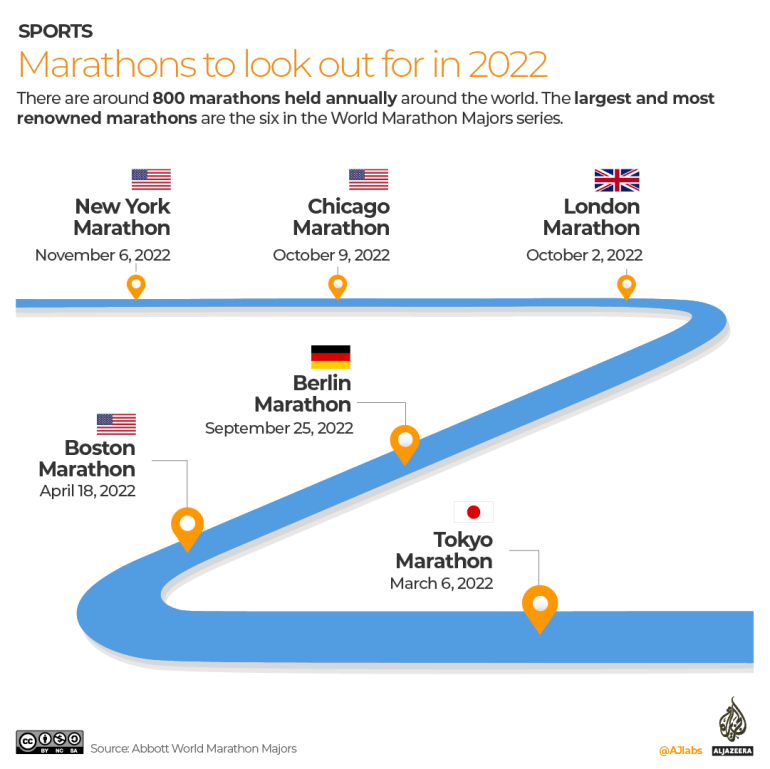