Ten people, including five Egyptians, four French and one Belgian national, have been killed when a bus carrying tourists collided with a truck and burst into flames in southern Egypt, authorities say.

The accident early on Wednesday happened some 55 kilometres (34 miles) south of the ancient city of Luxor, as the bus was travelling to the temples of Esna on the west bank of the Nile River, provincial authorities said in a statement.

Fourteen others – eight French and six Belgian nationals – were taken to hospital with “broken bones, bruises and superficial injuries” but all were in a stable condition, Aswan Provincial Governor Ashraf Attia said.

Footage that circulated online showed a bus in flames with people trying to put out the fire. “A guest is dying inside,” one person was heard screaming.

The vehicle in the video bore the logo of state-owned Misr Travel. The Cairo-based agency did not respond to a request for comment, the Associated Press news agency reported. 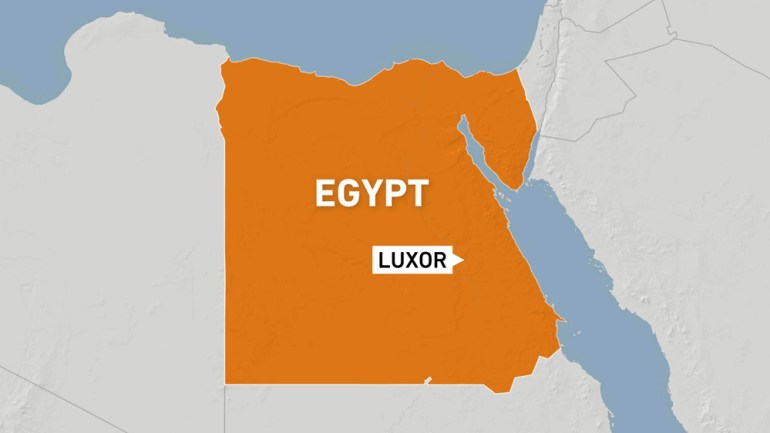 Wednesday’s accident came five days after a bus crashed on a highway near the Red Sea, killing three including two Polish tourists.

Road accidents are relatively common in Egypt, where many roads are often in disrepair and traffic regulations are laxly applied.

Some 7,000 people died in road accidents in the country in 2020, according to official figures.

Egypt had begun reviving its vital tourism industry by promoting its ancient heritage after the country’s 2011 revolution and ensuing unrest struck the sector.

But the arrival of the coronavirus pandemic in 2020 and the subsequent global travel bans resulted in a plunge in revenues from tourism, which employs some two million people out of the country’s 103-million population.