A renewed interest in nuclear power is under way. With the climate crisis already pressuring countries to depend less on fossil fuels, Russia’s invasion of Ukraine has now created another reason for governments to speed up their search for alternative energy sources.

The Intergovernmental Panel on Climate Change (IPCC) recently issued its latest report warning the planet is left with a small window to prevent the worst effects of climate change, and nations need to decarbonise immediately.

European countries such as France, the United Kingdom, Belgium and Finland are ramping up their nuclear ambitions to fight climate change and deal with the energy security issues resulting from the backlash towards the conflict in Ukraine. Even Germany, a country that has all but retired the use of its nuclear plants, contemplated extending the lifetime of its existing facilities before deciding to stick to the original plan of shutting them down.

What’s drawing these governments towards nuclear power is that unlike fossil fuels, it doesn’t release carbon dioxide into the atmosphere and once the technology is up and running, it can pretty much guarantee a steady stream of energy for long periods of time. Questions around nuclear power’s high cost and safety are factors that are preventing countries such as Germany from taking the same path as its peers.

If history is any indication, nuclear accidents can happen and when they do, they have deadly outcomes for humans as well as for the environment.  Chernobyl and Fukushima are still paying the price for the nuclear mishaps that exposed them to radioactive material.

Meanwhile, in the hottest and driest part of the world, officials and key players met at the Middle East’s first climate week to discuss ways to tackle intensifying threats brought on by climate change in the region. For most countries in the Middle East, fossil fuels play a dominant role and replacing them with cleaner sources is crucial.

But some experts say transitioning to nuclear energy represents an even higher risk.

‘Risks must be considered’

As Ghena Alhanaee, a researcher in the field of civil and environmental engineering, told Al Jazeera, “there are many layers of implications if an incident were to occur in the Gulf, given the uniqueness of the region”.

Most of the countries in the region fund their economies almost exclusively through oil and gas revenues, and any disruption to these trading activities by a nuclear accident would lead to calamitous financial losses.

About half of the world’s desalination capacity is found in the region. Studies show that Gulf countries such as the United Arab Emirates (UAE), Qatar and Kuwait get more than 90 percent of their drinking water from desalination, a process that removes salt from the seawater.

“So if you get any nuclear accident in that environment you can start to say goodbye to Gulf desalination plants,” Paul Dorfman, associate fellow at the University of Sussex and chair of the Nuclear Consulting Group, told Al Jazeera.

Simply put, a nuclear incident could endanger the security of energy, water and food sectors in the region.

“All such risks must be considered by the nations sharing this very unique natural treasure,” said Kaveh Madani of United Nations University, the former deputy head of Iran’s environment department.

When it comes to nuclear power generation, “the appealing side of it is clear, as is the side that could be harmful to the health and environment of its surroundings”, Madani said. 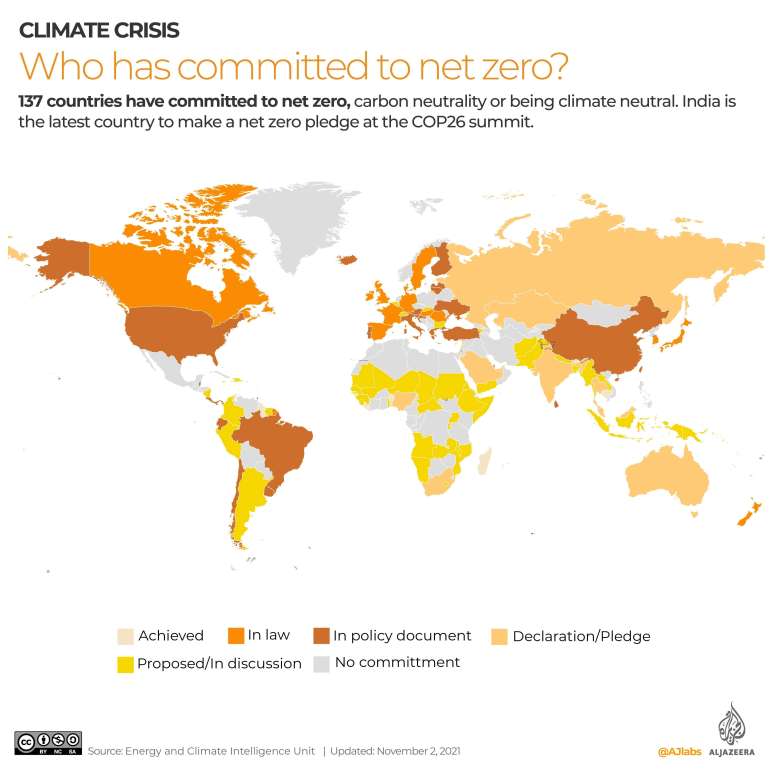 The nuclear industry in the Gulf region is expanding, with the International Atomic Energy Agency (IAEA) currently helping some countries develop their nuclear programmes. The kingdom of Saudi Arabia is one of them.

Nuclear energy development in the Middle East is still in its early stages, but the number of plants is expected to increase given Saudi Arabia’s plans to take forward its own capabilities.

Data from the International Energy Agency (IEA) shows that countries around the Gulf have an energy mix that is 90 percent comprised of hydrocarbons that release huge amounts of carbon dioxide and methane into the atmosphere.

In contrast, nuclear power is a zero-emission supply of energy that is made through fission, the process of splitting uranium atoms that generate heat to produce steam, which is then used by an electricity-making turbine.

Iran, the UAE, and Saudi Arabia rank high on the global greenhouse gas emissions list and their interest in nuclear power could be justified given their urgent need for decarbonisation, but the risks may indeed outweigh the benefits if something were to go wrong with any of the facilities.

“There is this paradox about nuclear; one never knows whether it would help you or damage you,” Dorfman pointed out.

Newly released data from the past century show temperatures in the Middle East and North Africa (MENA) have risen by 1.5 degrees Celsius, double the global average.

This means the region will disproportionately bear the disastrous effects of climate change such as more frequent and severe droughts, floods, and heatwaves threatening the lives of all inhabitants.

Extreme weather can also damage nuclear facilities and result in radiation footprints that last thousands of years. The European heatwaves that either shut down or slowed down the nuclear reactors in France and Germany in 2003 and  2019 are evidence of this possibility.

The region is rife with rivalries between countries, also making nuclear power dangerous.

“They can use one nuclear power programme to build up the infrastructure to at least send a signal that they could eventually develop the capability for nuclear weapons, so there are strategic reasons to want to move in that direction,” Gregory Jaczko, former chairman of the US Nuclear Regulatory Commission, told Al Jazeera.

When faced with the prospect of going nuclear for whatever reason, countries around the Gulf “need to always think about the unthinkable and should have a chronic unease because this technology, by its nature, is a safety-critical technology and its accident is characterised as low-probability, high consequence,” said Najmedin Meshkati, civil environmental engineering professor specialising in nuclear safety at the University of Southern California.

“If something goes wrong,” said Meshkati, “these consequences will have a punishing impact for the workers, for the company, for the country, and for the entire region.”