Imran Khan has become the first Pakistani prime minister to be removed from office after losing a no-confidence vote in parliament.

The drama caps weeks of machinations by the opposition aimed at unravelling the tenuous coalition Khan built around his Pakistan Tehreek-e-Insaf (PTI) party to become premier in 2018.

Following are brief profiles of the key players in the saga:

The brother of three-time prime minister Nawaz Sharif – who has been disqualified from ever again running for office and is currently in exile in Britain – Shehbaz is the main candidate to replace Khan.

The 70-year-old is a political heavyweight in his own right, however, having served as chief minister of Punjab, the family’s power base, and now as president of the Pakistan Muslim League-Nawaz (PML-N).

A tough administrator with a reputation for passionate outbursts, he is known for quoting revolutionary poetry in speeches and is considered a workaholic.

He remains popular despite lurid tabloid headlines about multiple marriages and a property portfolio that includes luxury apartments in London and Dubai.

Hailing from a wealthy Sindh family, Zardari was better known for his playboy lifestyle until an arranged marriage saw him wed Benazir Bhutto shortly before she became prime minister for the first time.

He took to politics with gusto, earning himself the nickname “Mr Ten Percent” for the cut he allegedly took from government contracts, and was twice jailed on charges related to corruption, drug smuggling and murder – although never faced trial.

The 67-year-old became co-chairman of the Pakistan Peoples Party (PPP) after the assassination of Bhutto in 2007, and became president of the country a year later in a power-sharing deal with the PML-N.

The son of Benazir Bhutto and Asif Zardari is political royalty and became chairman of the PPP aged just 19 following his mother’s assassination.

The Oxford-educated 33-year-old is considered a progressive, in his mother’s image, and has frequently spoken out on the rights of women and minorities.

With more than half of Pakistan’s population aged 22 or below, Bhutto’s social media savvy is a hit with the young, although he is frequently mocked for his poor command of Urdu, the national language.

After starting political life as a firebrand hardliner, the Muslim leader has softened his public image over the years with a flexibility that has seen him forge alliances with secular parties on the left and right of the spectrum.

With the ability to mobilise tens of thousands of Islamic school students, his Jamiat Ulema-e-Islam (F) party never musters enough support for power on its own but is usually a key player in any government.

His enmity with Khan runs deep, calling him “a Jew” in reference to his former marriage to Briton Jemima Goldsmith.

Khan, in return, calls him “Mullah Diesel” for his alleged participation in graft involving fuel licences. 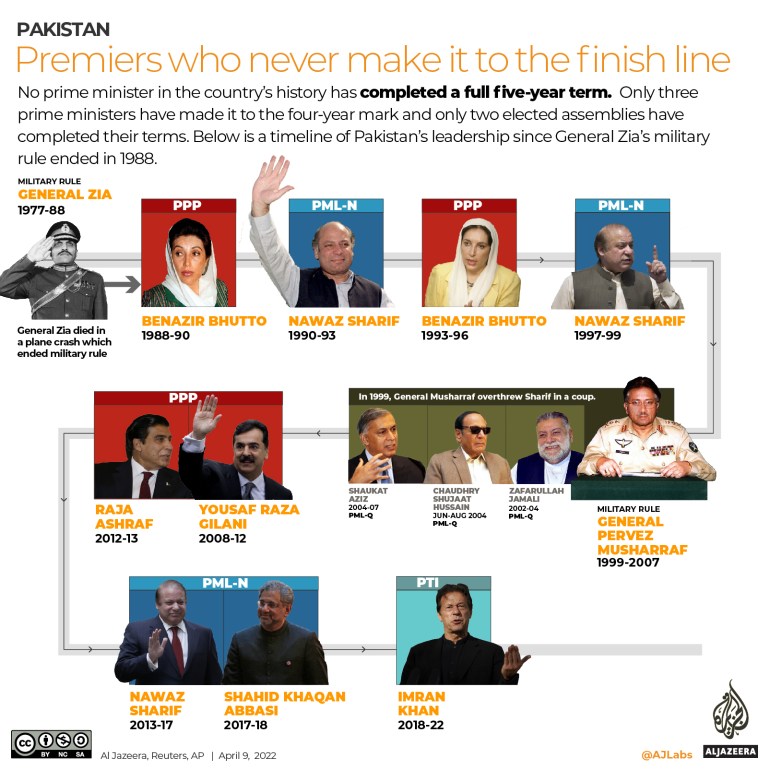