Beirut, Lebanon – Even after a decade of civil war, Syrians have been trying to find a way out of the country to fight in another.

Moscow through the mercenary company the Wagner Group and supported Syrian fighter groups have been recruiting men to fight alongside Russian troops in Ukraine. Thousands across the war-torn country have reportedly expressed an interest in signing up.

One group, dubbed the ISIS Hunters, have made calls for recruitment at least twice over the past month. Those interested have to be between 23 and 43 years old, and must submit personal identification and documents that show they have military experience.

The ISIS Hunters will then let them know whether or not they have been recruited, and will summon them for deployment “at a later time when needed”.

They are closely linked to the Wagner Group, and even share an almost identical insignia.

“If you see it as a hierarchal structure, you have Russia at the top, then the Wagner Group, then the National Defence Forces,” he explained, the latter being a network of private pro-government fighter groups.

Russian President Vladimir Putin announced in March that he will approve up to 16,000 fighters from the Middle East to deploy in Ukraine’s Donbas region to support Russian-backed rebel groups.

The US Pentagon said it has seen indicators that the Wagner Group has been recruiting fighters from Syria, Libya, and other countries with a goal to deploy “a thousand or so” in the eastern province.

A fighter in Homs with the recently disbanded Russia-backed group Desert Hawks Brigade said its leader, Mohamad Jaber, has been contacting former fighters to regroup and support Russia’s war in Ukraine. He accepted Jaber’s request.

The Desert Hawks was considered one of Syria’s two most significant and ruthless fighter branches in the military. It has taken part in key offensives in Aleppo, Palmyra, Lattakia, and Deraa to keep President Bashar al-Assad in power.

“Otherwise you sign up at the [ISIS] Hunters centre in Homs,” said the fighter, speaking on condition of anonymity.

Gregory Waters, an analyst at the Counter Extremism Project and nonresident fellow at the Middle East Institute, said there are more than a dozen recruitment centres in Syria run by Moscow-backed private pro-government armed groups.

Salaries start as low as $200-$300 per month for volunteers to work as security guards to protect installations, but those with greater military experience are paid higher rates, exceeding $1,000 per month, he said.

It is an attractive pay in a country where 90 percent of the population lives in poverty, and where access to adequate food and heating is becoming more out of reach.

Abu Layla said many Syrians volunteering are not just in it for the money.

“Some of these Syrian militias are hoping to get higher positions, and believe that they could do this if they show loyalty to Russia,” he explained. “But with many others in Syria hoping to emigrate to Europe, they see this as their golden ticket.”

Meanwhile, brokers claiming to help speed up recruitment for Syrians have swarmed Facebook groups and other social media platforms, including one called Job Opportunities with Our Russian Friends.

Dozens of Syrians, many dressed in camouflage in their photos, appear desperate for opportunities abroad, even if it puts their lives at risk.

Many on the page, including the Desert Hawk Brigades fighter, waiting for deployments have called them “scammers”.

“There are so many corrupted people who say you will be instantly recruited and sent to Ukraine if you pay them an advance,” he said.

One recruiter claimed in a post that volunteers deployed to Syria will be paid a monthly salary of 1,500 euros (US$1,657), have all their personal expenses covered, and will receive a 50,000 euro ($55,235) lump sum at their end of service. “I want to sign up, please somebody help me,” one middle-aged man said in the comment section.

However, a young man on the page, dressed in military garb in his photo, said this recruiter was a fraud.

He posted WhatsApp screenshots where the recruiter asked for broker fees, but would reduce the fee if he would find more people to recruit. “This crook says he will sign us off to go to Russia, notify the authorities!” he said in an angry post. 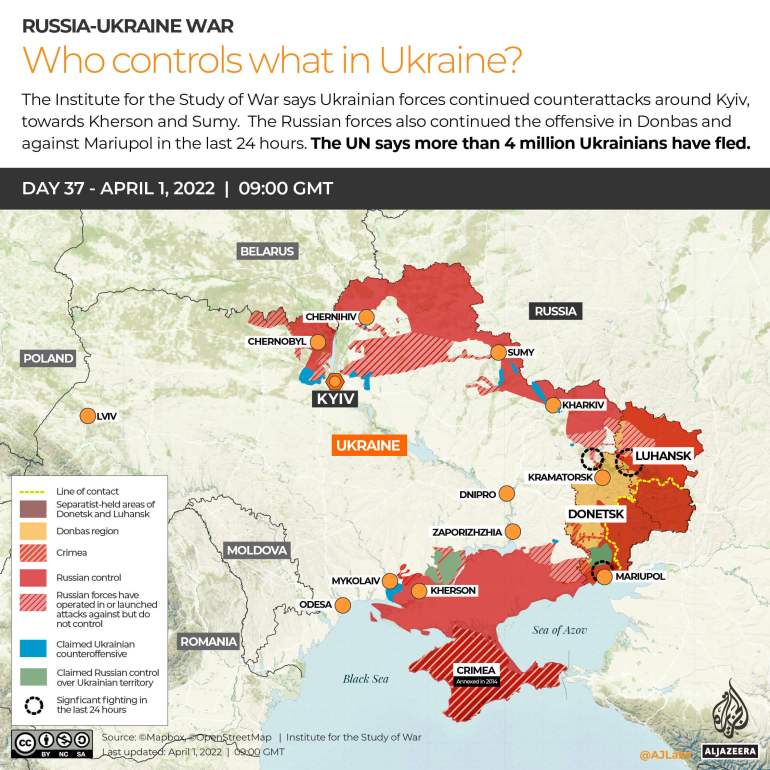 Some analysts are sceptical about the recruitment process and whether Russia will deploy armed Syrians in Ukraine anytime soon.

No Syrian fighters have reached Ukraine yet. However, some have reportedly arrived in Russia. Accountability organisation Syrians for Truth and Justice, said the Wagner Group and a Syrian partner security company have transported Syrian volunteers in Benghazi, Libya to Damascus, Syria, and eventually to Russia. A Syrian government official denied this.

The Desert Hawks Brigade fighter is still waiting in Syria, and does not know when he will be called for deployment. “I don’t know what’s going on right now,” he admitted. “Once our leader tells us we’re traveling, we’ll travel.”

That said, not all Syrians are interested in fighting a new war, after more than a decade of conflict in their own country that has killed hundreds of thousands of people and displaced millions. Some say despite Russia’s crucial military support to the Syrian government, Ukraine is not a war for them to fight.

One Syrian who fought with a Russian-backed fighter group said staying in Syria despite the dire economic situation is the “honourable thing to do”.

“To hell with Russia and Ukraine,” he said. “Here’s my advice, don’t sign up and stay away from the whole thing.”