Liberal Russian television channel TV Rain (Dozhd) has said it is stopping work temporarily after being ordered to close by authorities due to its broadcasts on Moscow’s invasion of Ukraine.

“We need strength to exhale and understand how to work further. We really hope that we will return to the air and continue our work,” the network’s CEO, Natalia Sindeyeva, wrote on social media on Thursday.

Earlier on Thursday, Ekho Moskvy radio station, one of Russia’s last remaining liberal media outlets, was also dissolved by its board after coming under pressure over its coverage of the war in Ukraine.

The radio station, one of the leading news and current affairs channels in Russia, had been taken off the air on Tuesday, though it appeared still to be broadcasting on YouTube on Thursday after the board’s decision was announced.

“The Ekho Moskvy board of directors has decided by a majority of votes to liquidate the radio channel and the website of Ekho Moskvy,” Editor-in-Chief Alexei Venediktov said on the messaging app Telegram.

Venediktov told Reuters news agency earlier this week that the station would not abandon the independent editorial line that has been its hallmark for three decades, declaring: “Our editorial policies won’t change.”

Russia’s prosecutor general this week ordered the country’s media watchdog to “restrict access” to the TV Rain as well as Ekho Moskvy.

Authorities said the ban stems from “purposeful and systematic” posting of “information calling for extremist and violent acts”.

They also said the media outlets had been penalised for propagating “deliberately false information about the actions of Russian military personnel” in Ukraine.

Russia rejects the term invasion, and says the actions it launched on February 24 are not designed to occupy territory but to destroy Ukraine’s military capabilities and capture what it regards as dangerous nationalists – a pretext rejected by Ukraine and the West as baseless propaganda.

The moves were the latest blow to independent media in Russia, where press freedoms have been waning rapidly.

Dozens of media workers and independent outlets – including TV Rain – have recently been designated “foreign agents” by authorities, a status that snares them in official paperwork and exposes them to public contempt.

Pressure has mounted since President Vladimir Putin ordered the invasion of Ukraine, with most mainstream media outlets and state-controlled organisations sticking closely to the language used by the Kremlin to describe the war.

Kremlin spokesman Dmitry Peskov declined to comment directly on the situation at Ekho Moskvy, saying the decision to close had been taken by its board of directors.

“The radio station violated the law. The right of the prosecutor general’s office to take appropriate measures was used,” he told a briefing.

Asked if Ekho Moskvy could resume operations in the future, Peskov said that was up to the station’s owners. 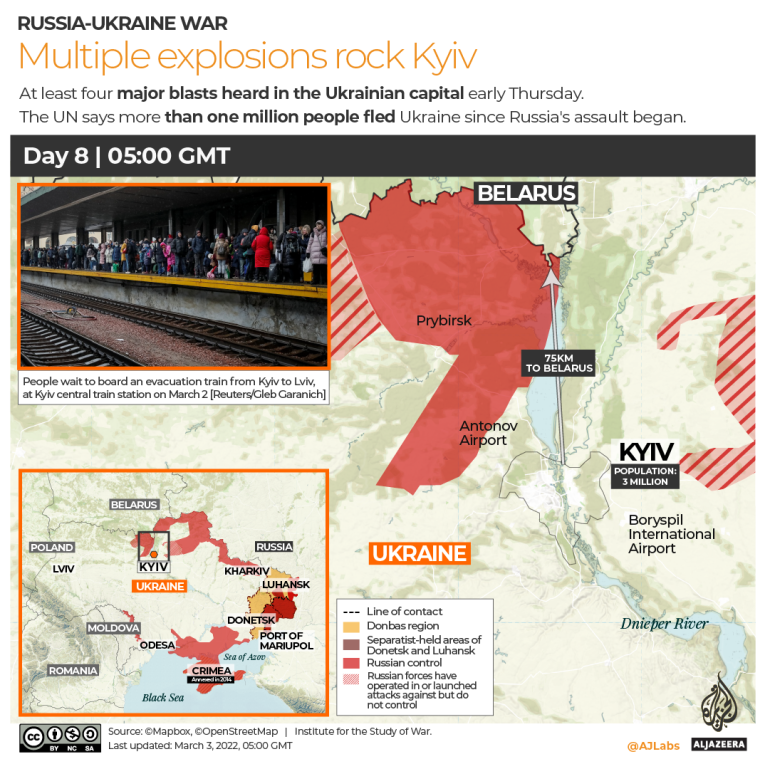