The United States and NATO are shipping weapons into Ukraine at breakneck speed, including highly sensitive items such as shoulder-fired missiles called man-portable air defence systems (MANPADS) that can take down aircraft.

The Western arms deliveries, another of which is expected to arrive in the coming hours, have been vital to enabling Ukrainians to fight the invading Russian forces far more effectively and fiercely than US intelligence expected.

But moving those amounts of weaponry into the largest conflict in Europe since World War II carries with it risks that some could fall into the wrong hands – a possibility the West has considered.

“Frankly, we believe that risk is worth taking right now because the Ukrainians are fighting so skillfully with the tools at their disposal and they’re using them so creatively,” a senior US defence official said on Friday when asked about that danger.

Highly portable missiles such as Stinger surface-to-air missiles, which are a type of MANPAD, can help win wars, but in the past, they have also been lost, sold, or wound up in the arsenals of armed groups.

For example, hundreds of Stingers supplied by the US were seen as key to helping mujahideen rebels drive Soviet forces out of Afghanistan in a conflict that spanned the 1980s and 1990s.

But the US subsequently spent years trying to recover unused MANPADS from that country and other conflict zones around the world. 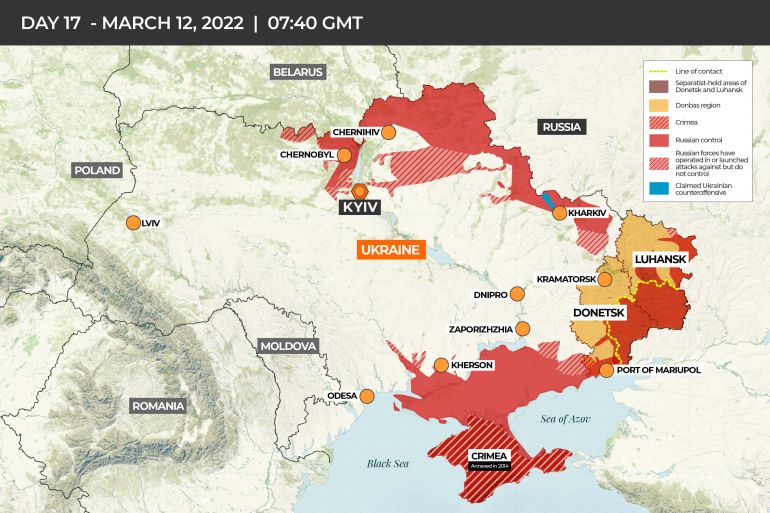 In a Pentagon-financed study in 2019, the RAND Corporation think-tank estimated that upwards of 60 civilian aircraft have been hit by MANPADS since the 1970s, killing more than 1,000 civilians. As of 2019, 57 non-state armed groups were confirmed to possess or suspected to possess MANPADS.

Russia was “far and away the single largest exporter of MANPADS”, RAND Corp said, with more than 10,000 systems sold between 2010 and 2018 to countries including Iraq, Venezuela, Kazakhstan, Qatar and Libya.

The US and NATO have not disclosed how many MANPADS have been transferred to Ukraine since the start of the invasion, which is now in its third week.

So far, Russia has not targeted Western weapons convoys headed into Ukraine and the senior US defence official said Washington had not seen any Western-supplied inventory falling into Russian hands. But that could change.

Russia said on Saturday its troops could target supplies of Western weapons in Ukraine.

“We warned the United States that the orchestrated pumping of weapons from a number of countries is not just a dangerous move, it is a move that turns these convoys into legitimate targets,” Russian Deputy Foreign Minister Sergey Ryabkov told state television.

He said Moscow had warned “about the consequences of the thoughtless transfer to Ukraine of weapons like man-portable air defence systems, anti-tank missile systems and so on”.

Ryabkov said Washington had not taken Moscow’s warnings seriously, adding Russia and the US were not holding any “negotiation processes” on Ukraine.

At a Friday meeting of Russia’s Security Council, Defence Minister Sergey Shoigu talked about potential future seizures of Western-made Javelin anti-tank weapons and Stingers. They should be handed to Russian-backed forces in the breakaway Donbas region of eastern Ukraine, he said.

“As to the delivery of arms, especially Western-made ones which have fallen into the hands of the Russian army – of course, I support the possibility of giving these to the military units of the Lugansk and Donetsk people’s republics,” Putin said.

“Please do this,” Putin told Shoigu.