Western sanctions are likely to push up oil prices — resulting in even higher prices at the pump.

In 2019, the world consumed 99.7 million barrels of oil per day (mbpd), according to the International Energy Agency. The United States alone consumes about one-fifth (20.48 mbpd) of the world’s daily oil consumption, followed by China (13.07 mbpd), and India (4.84 mbpd). 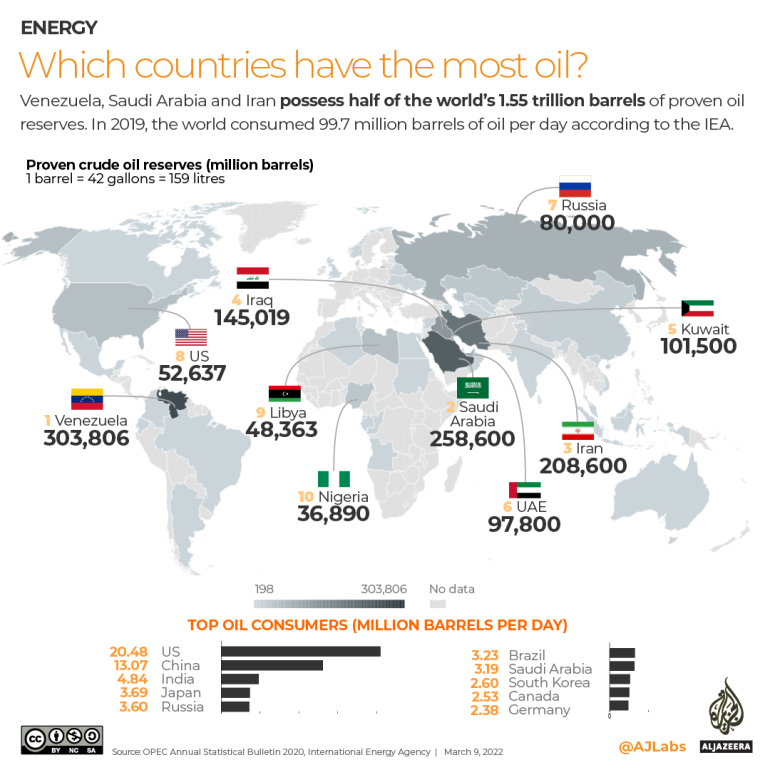 Which countries produce the most oil?

Central to the world’s oil production is OPEC – the Organization of the Petroleum Exporting Countries. Established in Baghdad, Iraq in 1960, this multinational organisation comprises 13 nations that collectively possess about 80 percent of the world’s proven crude oil reserves.

The largest reserves among non-OPEC countries include Russia and the US.

OPEC member countries produce about 40 percent of the world’s crude oil and represent some 60 percent of the total petroleum traded internationally, according to the United States Energy Information Administration. 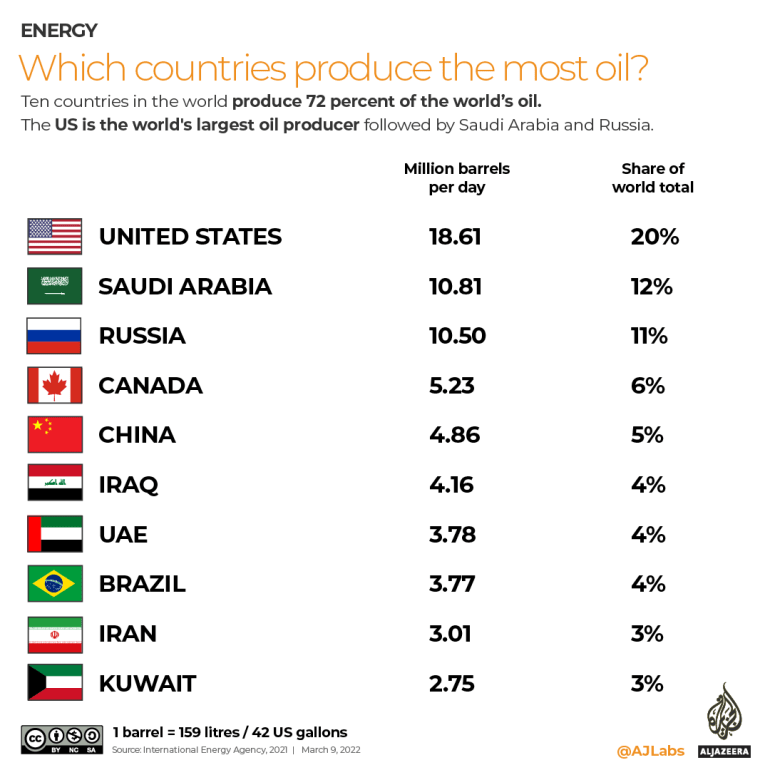 How crude oil is produced and used

Petrol, diesel and various other fuels are made from crude oil – a yellowish-black fossil fuel that is pumped out of the ground. Many household products including plastics, detergents and clothing are also derived from the non-renewable resource.

Higher crude prices have a knock-on effect on several industries, from transport all the way through to manufacturing.

Crude oil is graded according to thickness (heavy, intermediate and light) and sulphur content (sweet – low sulphur, sour – high sulphur). Light, sweet crude oil is the highest grade. It is easier and cheaper to refine, making it the most sought after. 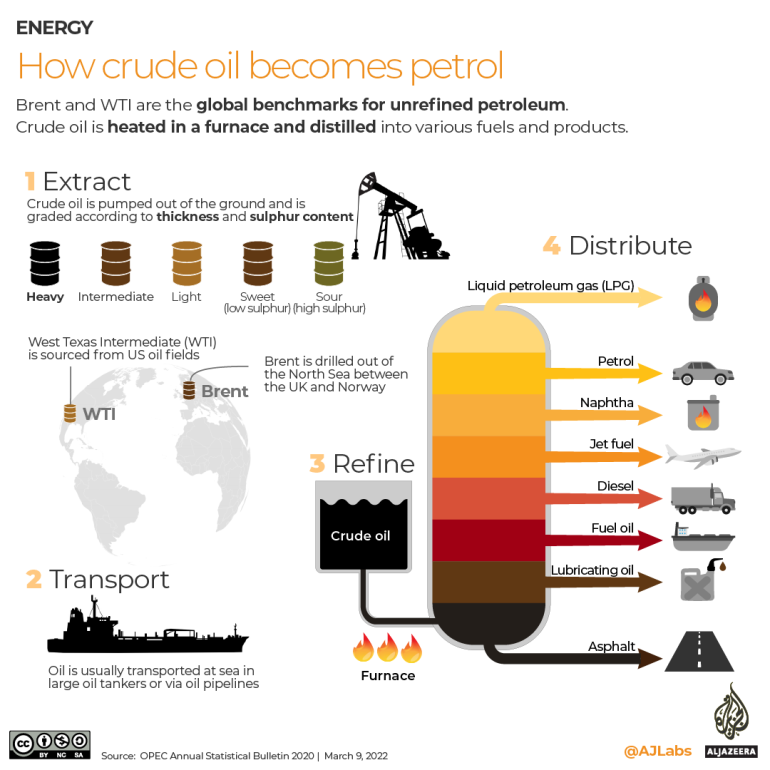 Brent and WTI are the global benchmarks for light, sweet crude oil. Brent is drilled out of the North Sea between the UK and Norway while WTI (West Texas Intermediate) is sourced from US oil fields.

Once the oil has been extracted and transported to various oil refineries, it must be heated in a furnace then distilled into various fuels and products. Lighter products including liquid petroleum gases require lower temperatures to extract while the heaviest products, including asphalt, are extracted at much higher temperatures.

Which countries rely most on Russian oil? 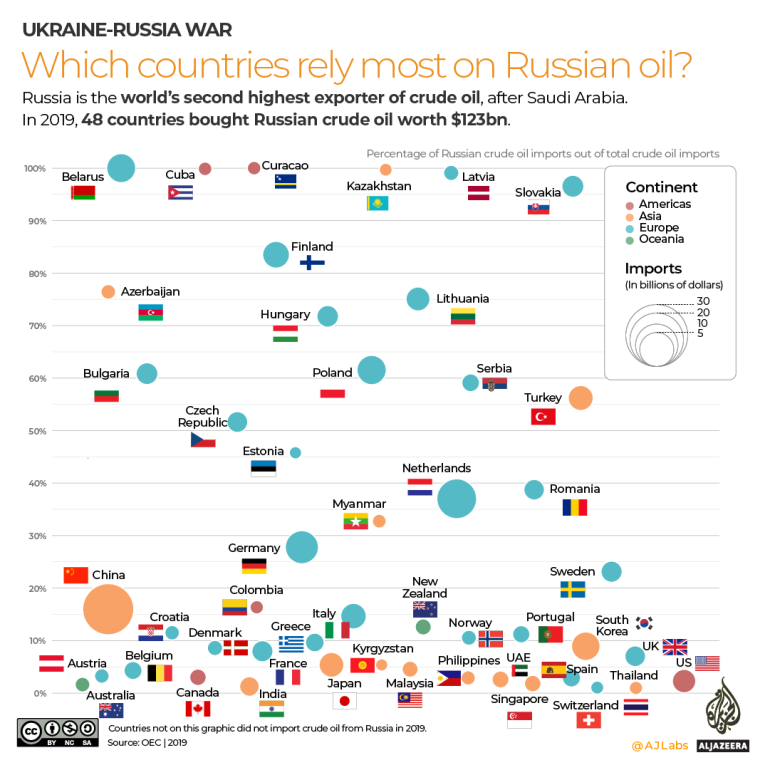 What does a ban on Russian oil mean?

Following Russia’s invasion of Ukraine, a number of other states have imposed sanctions on Russia. The ensuing energy war has caused oil prices to reach unprecedented highs not seen since the 2008 financial crisis.

On Tuesday, the US and UK announced a ban on imports of Russian petroleum. In 2021, the US imported an average of 209,000 bpd of crude oil and 500,000 bpd of other petroleum products from Russia, according to the American Fuel and Petrochemical Manufacturers trade association.

Earlier this week Brent crude rose to above $140 a barrel before returning to the $120 mark.

With tough sanctions on Russia’s energy sector the effects will be felt worldwide as energy prices rise in an already inflationary environment. 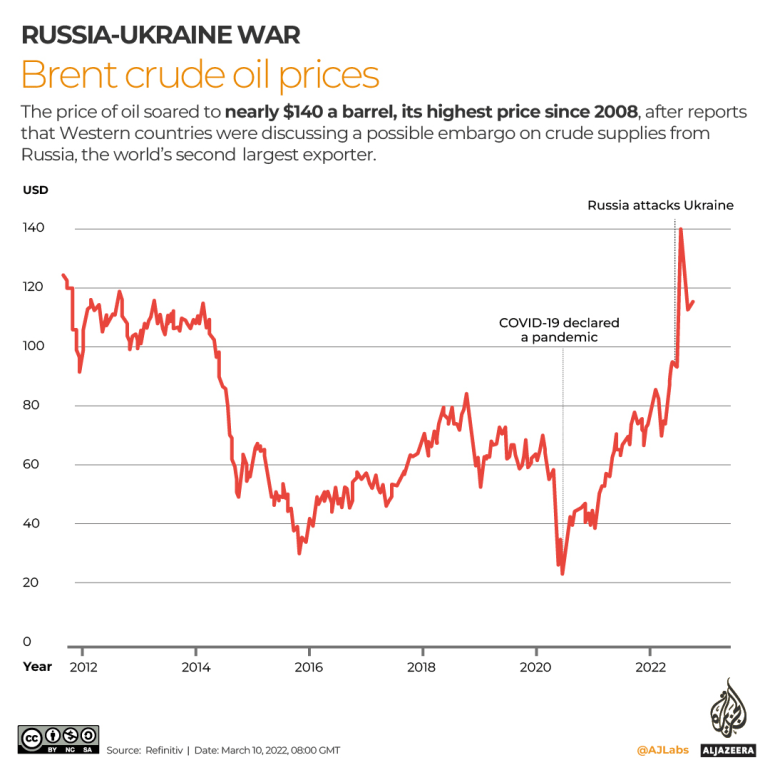