A Syrian soldier has been killed and five wounded in an Israeli attack near the capital, Damascus, Syrian state media said.

The Syrian news agency SANA said surface-to-surface missile attacks “from the direction of the occupied Golan” hit at 1:10am (23:10 GMT on Tuesday) in the vicinity of Damascus.

Some missiles were brought down by Syrian air defences, SANA reported.

The Israeli military said it attacked targets in Syria in response to an anti-aircraft missile fired from that direction into northern Israel.

The rocket exploded in the air and was not intercepted by Israeli air defences, but it activated warning sirens in Umm al-Fahm, a Palestinian city in northern Israel, according to the military. There were no reports of injuries or damage.

“In response to the anti-aircraft missile launched from Syria earlier tonight, we just struck surface-to-air missile targets in Syria, including radar & anti-aircraft batteries,” the Israeli military said in a tweet.

Israel has launched hundreds of attacks on targets inside government-controlled parts of Syria over the past decade of Syria’s war, but its government rarely acknowledges or discusses such operations.

Tel Aviv has said it is targeting bases of Iran-allied armed groups, including Lebanon’s Hezbollah, which is fighting on the side of Syrian President Bashar al-Assad’s forces.

On January 31 this year, Syrian air defences intercepted a barrage of Israeli missiles targeting the vicinity of the capital that resulted in material damage.

Israel declined to comment on that attack, which was reported by SANA. The UK-based Syrian Observatory for Human Rights said the attacks hit military outposts and a weapons depot belonging to Hezbollah. 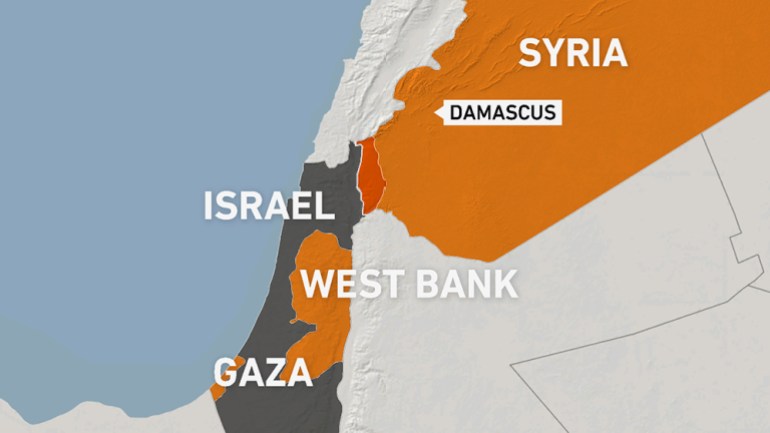