Radiation levels increased at the Chernobyl Exclusion Zone, Ukraine authorities said on Friday, warning that the seizure of the nuclear plant by invading Russian troops could have “terrible consequences”.

The still-radioactive site of the 1986 nuclear disaster lies some 130km (80 miles) from the capital Kyiv.

“In the terrible hands of the aggressor, this significant amount of plutonium-239 can become a nuclear bomb that will turn thousands of hectares into a dead, lifeless desert,” said Ukraine’s environmental protection ministry.

Russian President Vladimir Putin on Thursday ordered his troops to invade Ukraine and on the same day they seized the stricken Chernobyl nuclear power plant in one of the most radioactive places on Earth.

The Chernobyl Exclusion Zone is a 2,600-square kilometre (1,000-square mile) area of forest lying between the Belarus-Ukraine border and Kyiv.

The environment ministry said the Russian troops’ takeover of the zone could have grave consequences.

However, experts at Ukraine’s state nuclear agency said the radiation-level change was caused by the movement of heavy military equipment in the area, lifting radioactive dust into the air.

The International Atomic Energy Agency (IAEA) said the radiation at the site did not pose any danger to the public.

“The readings reported by the regulator – of up to 9.46 microsieverts per hour – are low and remain within the operational range measured in the Exclusion Zone since it was established,” the IAEA said.

On Friday, Russia’s defence ministry confirmed its forces seized control of the area near the power plant.

“Radiation levels are normal in the NPP area. The NPP personnel continue to operate the power plant as usual and to monitor radiation levels.”

IAEA Director-General Rafael Mariano Grossi added it was of vital importance that the safe and secure operations of the zone’s nuclear facilities should not be affected or disrupted in any way.

Ukraine’s neighbour Poland said it had not recorded any increase in radiation levels on its territory.

Reactor No 4 at the power plant exploded and caught fire deep in the night on April 26, 1986, shattering the building and spewing radioactive material high into the sky.

Soviet authorities made the catastrophe even worse by failing to tell the public what had happened, angering European governments and the Soviet people.

The two million residents of Kyiv were not informed despite the fallout danger, and the world learned of the disaster only after heightened radiation was detected in Sweden.

As many as 4,000 people may have died as a result of exposure to radiation, according to the United Nations. 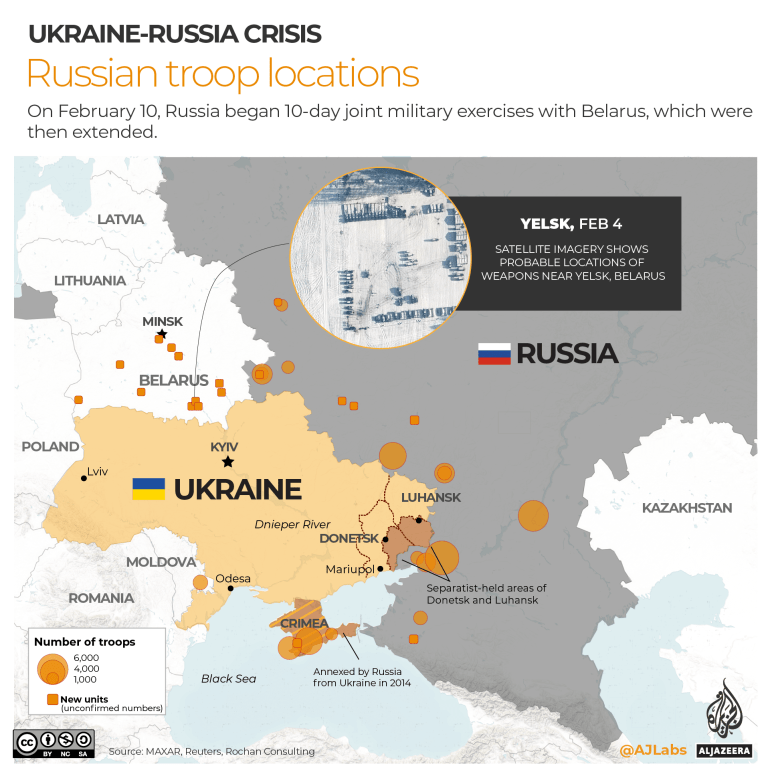